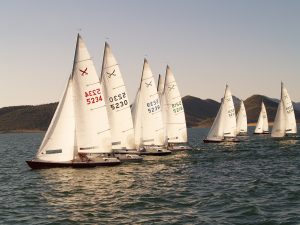 Would you like to know how to launch your boat with the trailer still attached? Like some tips on how to attract the attention of law enforcement while boating?

Maricopa County Deputy Sheriff John Ramsay has seen it all in his 25 years of lake duty and he’ll bring a bag load stories, both comical and serious, when he joins us for the next AYC membership meeting, Tuesday, August 9, starting promptly at 7pm, back at our regular gathering spot, the place formerly known as the 19th Tee in Tempe.

Not only does Deputy Ramsay have vast experience with the craziness on our local lakes, but he also trains others to deal with it. He’s one of just 25 officers nationally to be certified to train lawmen on the water.

“Formerly known as”? Yes, the new owner of the restaurant has changed the name to “Caddy Shack @ Rolling Hills.” We stopped by today to see how it was going and found they’re deep into remodeling, which is expected to be finished by Wednesday. Anyway, they say they’ll be ready for us this time.

September’s meeting: Some of the club’s longtime members talk about what it used to be like. We’ve produced a video with several of them telling stories and we expect to have some of them there to swear that it’s all true.

Also coming up: We have confirmation that Peter Isler will speak at our October meeting!

Trying to find it?  Here’s some help!