Oops. This will be a good story for October’s meeting! 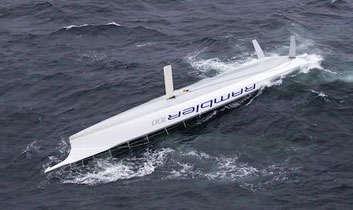 Did you see the astonishing story of the super maxi Rambler 100 losing its keel bulb and turtling in the Fastnet race? This super-high-end sailboat was trying to grab the all-time monohull course record in the race, but wound up turtled instead. And one of the 21 crew members aboard was our October speaker, Peter Isler, who was the boat’s navigator.

Sail World reported that Rambler 100 project manager Mick Harvey said, “We were beating into big seas, launching Rambler off the top of full size waves. I was down below with navigator Peter Isler when we heard the sickening sound of the keel breaking off. It was instantaneous; there was no time to react. The boat turned turtle, just like a dinghy capsizing. Isler issued a Mayday and we got out of there as quickly as we could.”

The magazine reported that five of the crew members had to tread water “for several hours,” but only one of those suffered from hypothermia.