March 4, 2012 In Board of Directors, Sailing News By Mike Ferring 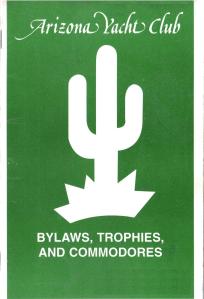 The Arizona Yacht Club Board of Directors Election Nominating Meeting will be held March 13, 2012 at 6pm immediately prior to the March General Membership meeting.

Eligible members interested in volunteering to run for election to AYC Board of Directors positions, or that would like to nominate eligible AYC members should see their ACTIVE Fleet Captain, Cruising Captain Mike Parker or Commodore Emory Heisler to participate in the Nominating Committee or to submit nominations.

The ELECTION OF OFFICERS and NOMINATING committee and process are defined by the AYC By-Laws as follows: