May 4, 2012 In Events, Meetings, Social Events By Mike Ferring

Not What You See From Cruise Ships 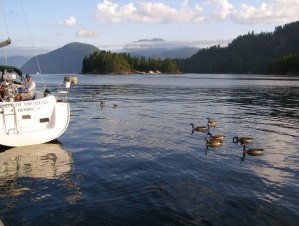 A gaggle of geese check out Martin Lorch on board the 34-foot boat.

Martin Lorch took us on a seven-day tour of the Sunshine Coast in British Columbia, Canada, at the next membership meeting, Tuesday, April 10.

The scenery is as spectacular as the pictures suggest. Martin put us on board a 34’ Beneteau, departing from Nanaimo on Vancouver Island, BC. From there the names and the adventures got even more fascinating: across the Strait of Georgia to the Sunshine Coast, to Secret Cove just north of Sechelt, Pender Harbour, then through the Agamemnon Channel to Egmont and the Skookumchuk Narrows (the mouth to the Sechelt Inlet), then through Saltery Bay, around Hardy Island to Van Anda on Texada Island, and across to Powell River and to Lund, Copeland Island, Bliss Landing which is at the entrance of Desolation Sound. Returning to Nanaimo by way of Scottie Bay on Lasqueti Island, through Sabine Channel, back to Pender Harbour/Garden Bay.

Thank you Martin nfor sharing this extraordinary adventure with us at the April 12 membership meeting! 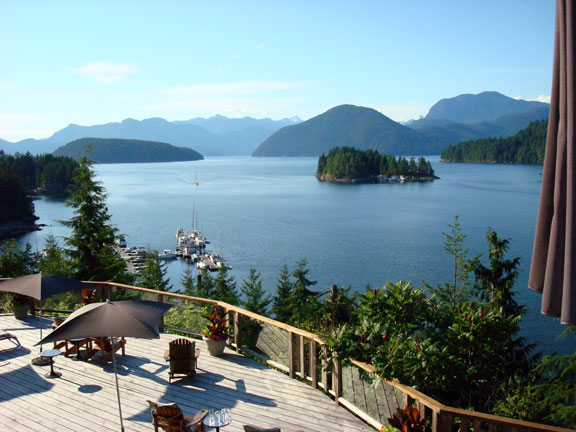 The Sunshine Coast. What's another word for "breathtaking"?