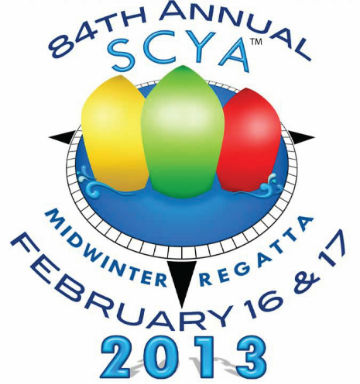 Arizona Yacht Club will be hosting the Southern California Yachting Association Midwinter Regatta during February 2013, at both Lake Pleasant and Tempe Town Lake.

Our club provides members a variety of ‘round the buoys racing opportunities, which we hope captures everyone’s level of commitment ,ranging from the 8 to 10 race day Spring and Fall Series, to the 5 race day “Saturday Only” Series at Lake Pleasant, to the two – three day events like the Birthday Regatta and Midwinter Regatta. Then, there is also the “long distance” Governor’s Cup and Tall Cactus Regattas. So if you would enjoy racing for a weekend or two, scored with others of the same persuasion, sign up for the Midwinter Regatta. SCYA has supplied us with neat sun visors for all the signed up skippers and some towels we are offering to the first three boats signed up in a single fleet. SCYA is also supplying trophies which will be awarded after the last day of racing.

The Final scores from the Fall 2012 Race Series at Tempe Town Lake are posted on the results page, or click here. Congratulations to Emory Heisler, John Mayall, Scott Sharples and Clay Poulson.

The scores for Week 7 from Dec 9th are posted on the results page or by clicking here. The final week results are missing. If you know where they are please send them to the scorer.

The results of this years Governor’s Cup are posted. Go to the Race Results Page or click here.

The score from the final weekend of racing at Lake Pleasant is posted on the results page or by clicking here. 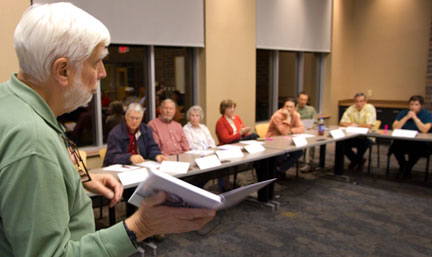 In 2013, there are lots of changes to the rules we race by, says Dick Rose, but few that really change the game. The biggest change is to Rule 18, taking us back to the way we played the game a few years ago. By the new rule book, the inside overlapped boat will be able to sail to a mark and then make a “seaman-like” rounding.

Dick detailed the changes coming with the new rule book, the RRS 2013-2016, before three dozen AYC racers on Friday night (11/30). Many of the changes attempt to clear up wording or adapt the game to faster sailboats.

Dick Rose is the U.S. representative to the international rule-making body, the ISAF, so he’s one of the key people who writes the rules. He’s also the Chairman of the Racing Rules Working Party, the committee of ISAF that recommends rules changes. He described how difficult it is to shepherd new rules into being when you have to convince representatives from all over the world, each with a single vote.

Here is a file he left with us that details the changes in the rules and explains why changes were made. Hang on, it’s quite intricate. 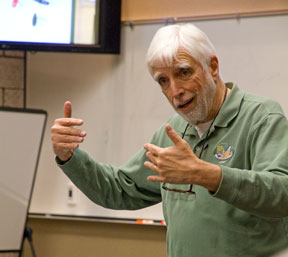 So two boats approach a mark and one says to the other….