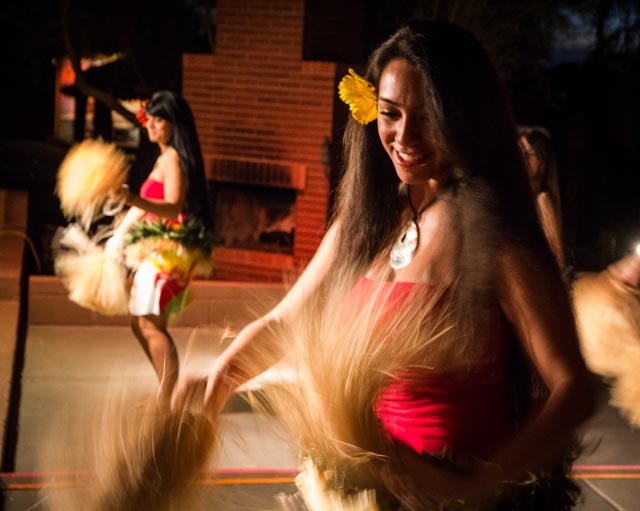 May 18, 2014 In Commodore's Corner, Events, Member Interest By Mike Ferring 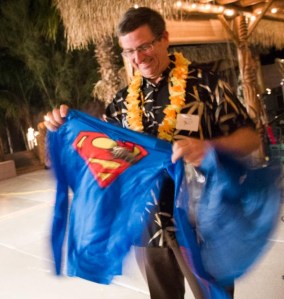 This was a Commodore’s Celebration of a different kind: a Luau with fire dancers, hula dancers, and AYC dancers. Sizzled with some awards, music, and a changing of the guard.

Outgoing Commodore Cindy Pillote presented the night’s top award to Mike Ferring, the US Sailing Sportsmanship Award, otherwise known as the MVP award. And Mike scored a unique double: winning the coveted Blunder Bucket for creating a new way to break a mast at Tempe Town Lake by driving the boat under overhanging rowing shells. 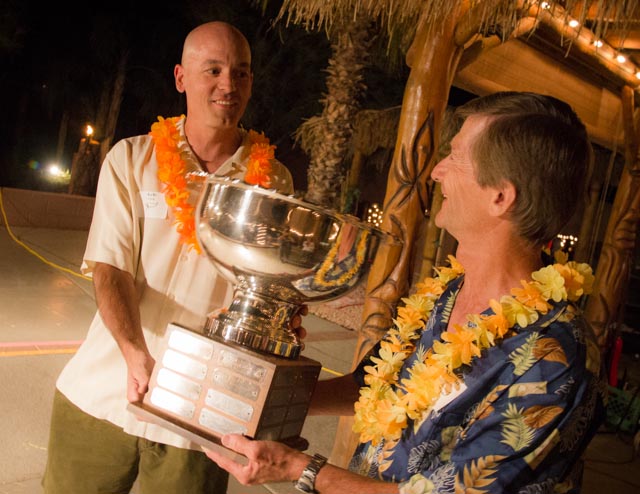 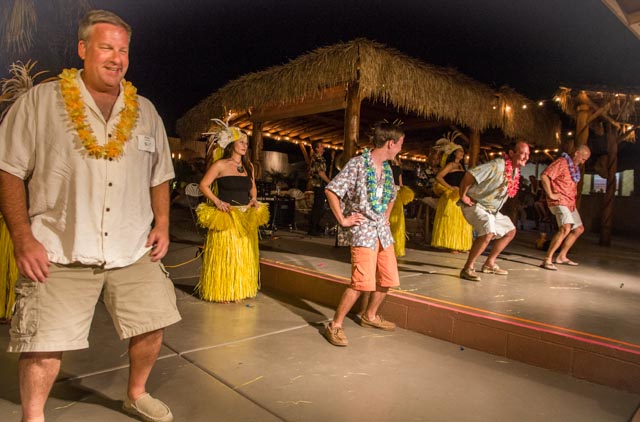 Peter Lehrach, Cedric Lorch, Rick Johnson, and Emory Heisler wiggle on cue to the delight of the crowd. 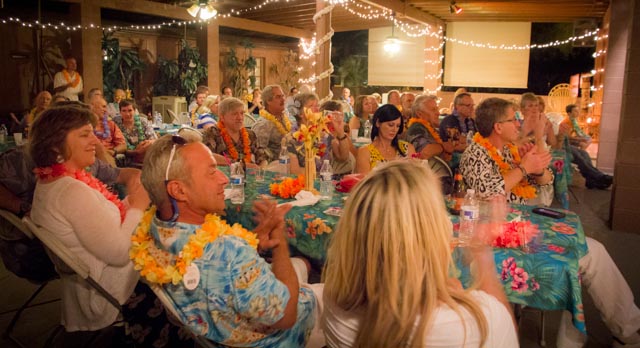 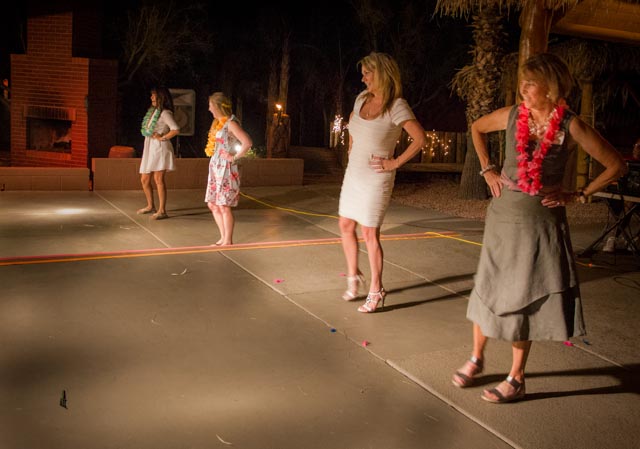 And the women showing how the hula dancing is actually done.

Well, okay, THIS is how it’s really done. 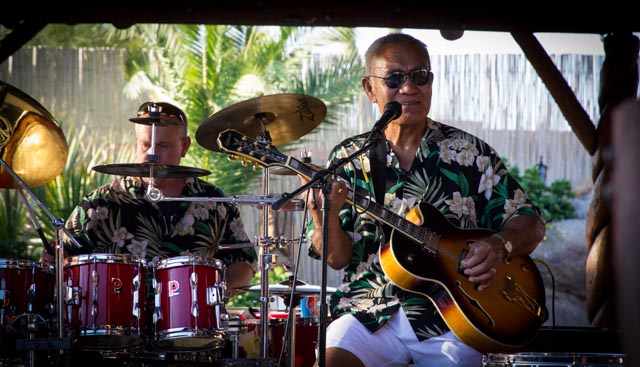 To the sound of music from the Island of Mesa. 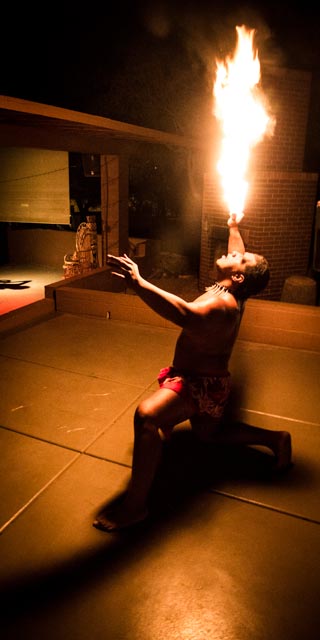 And a flash of fire. 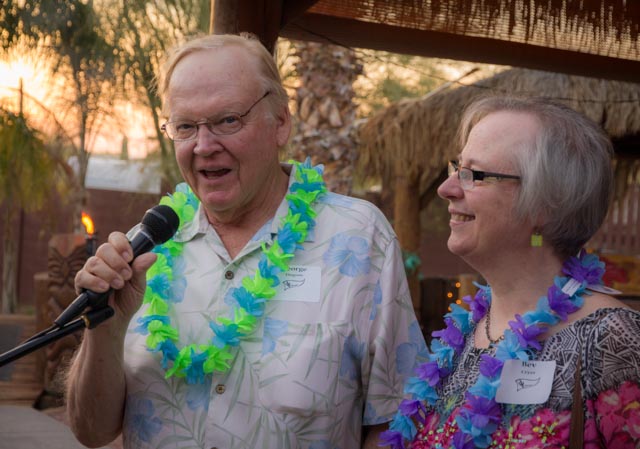 Big surprise: George Tingom that day had proposed to Bev Cryer. She accepted. 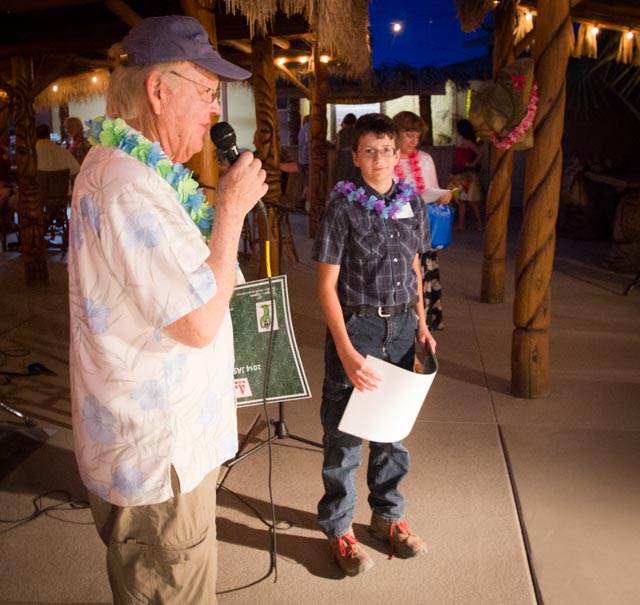 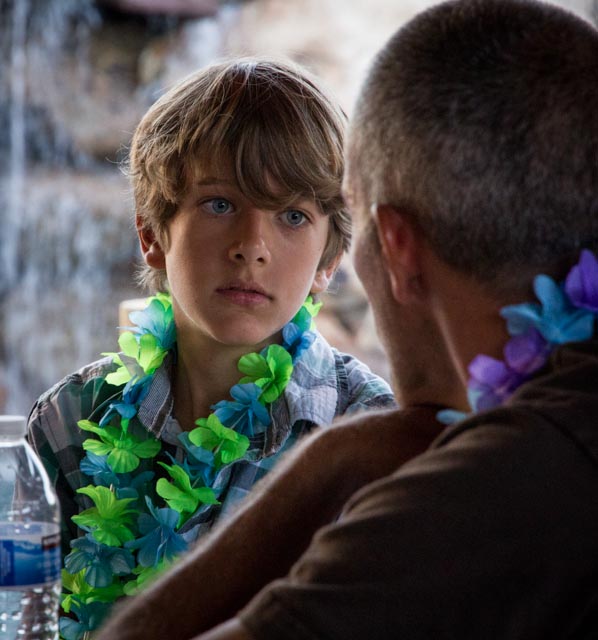 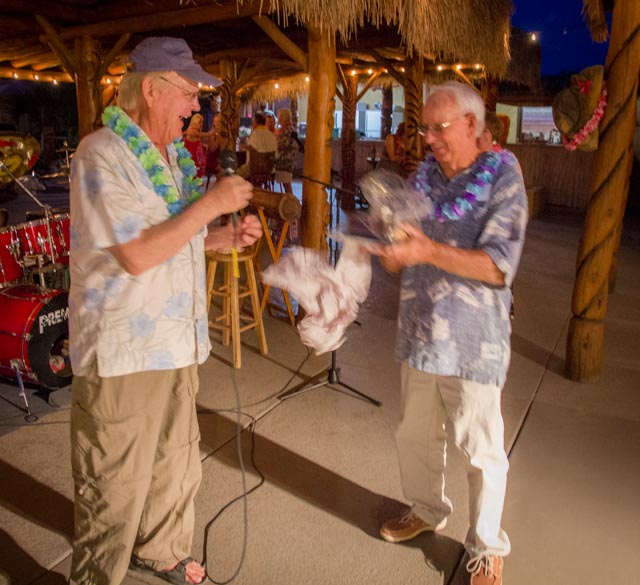 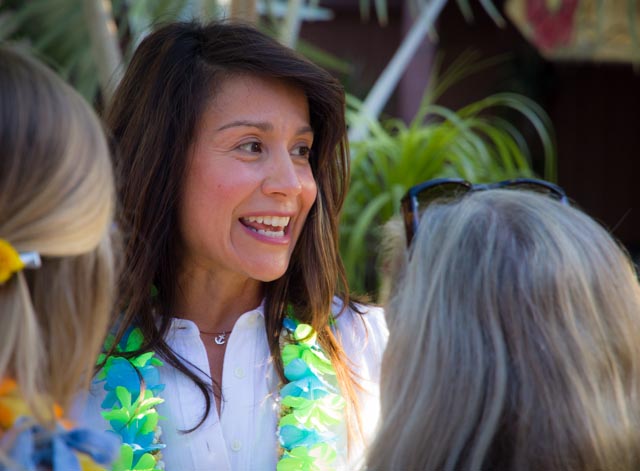 Christina organized the event at the Mesa HQ of Polynesian Luau. 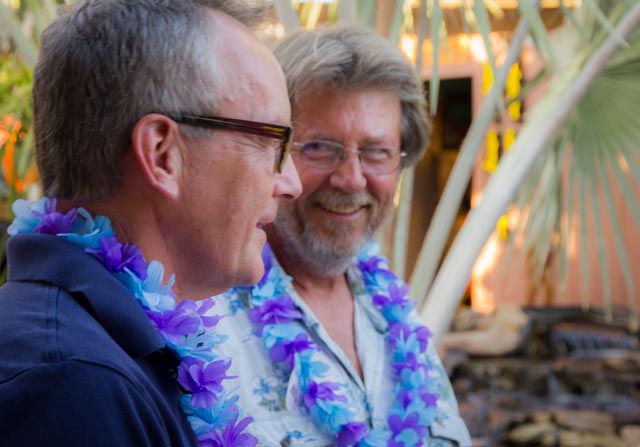 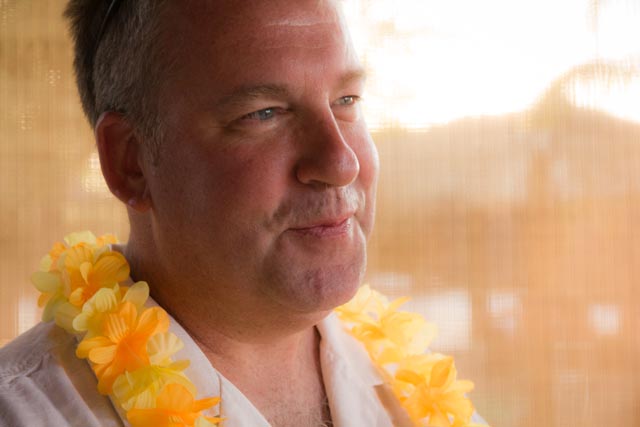 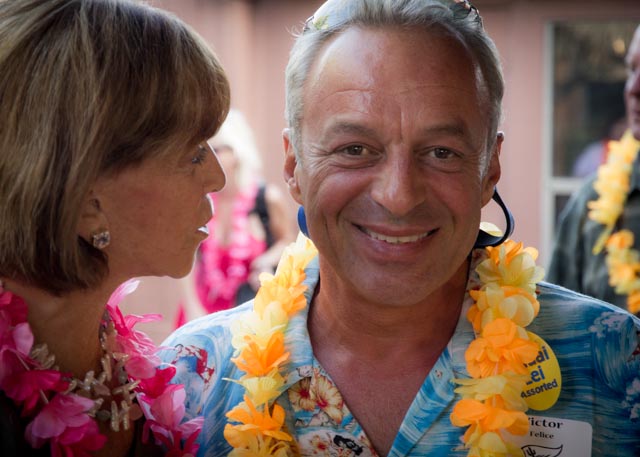 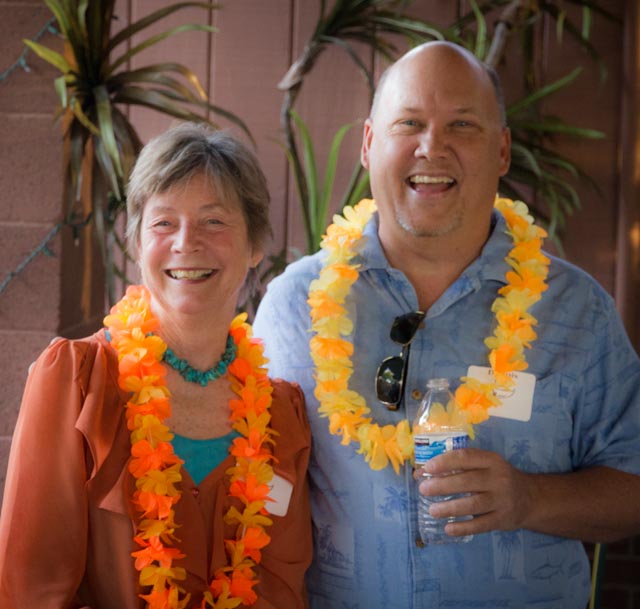 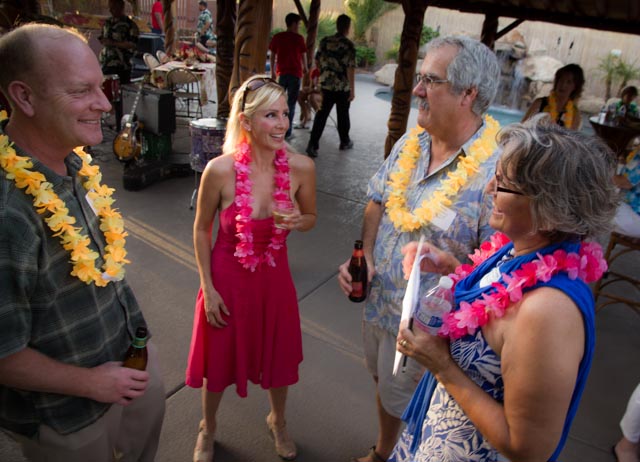 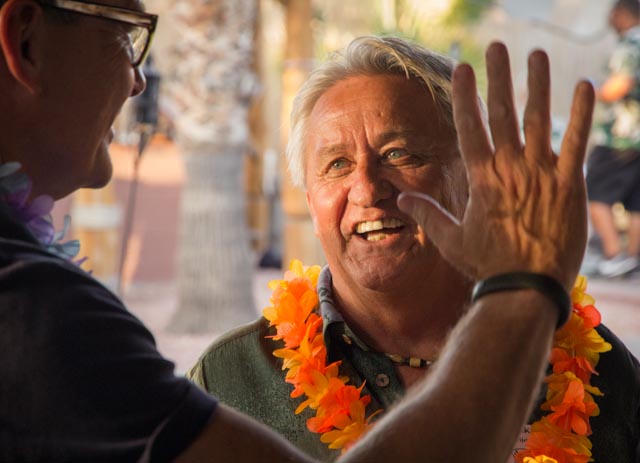 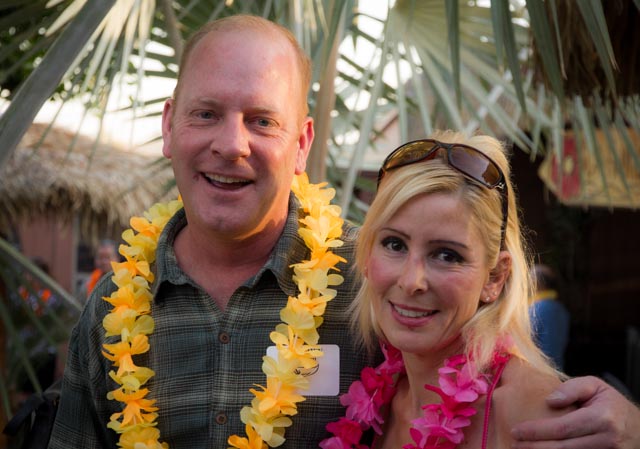 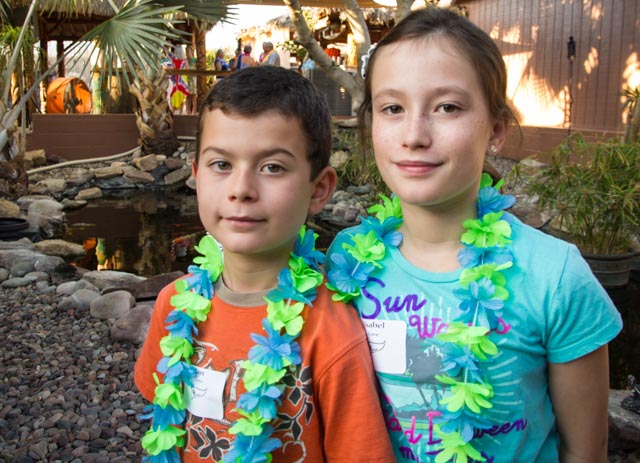 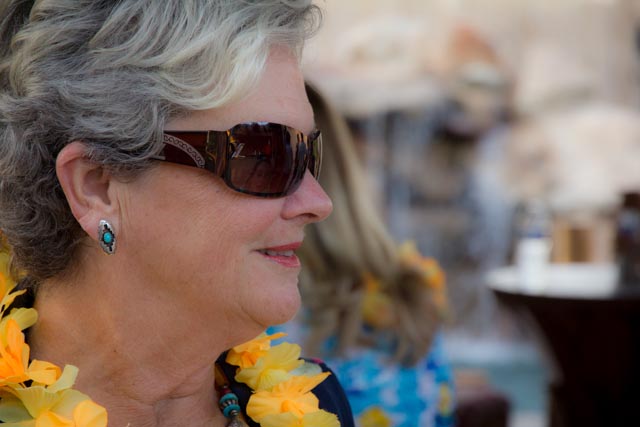 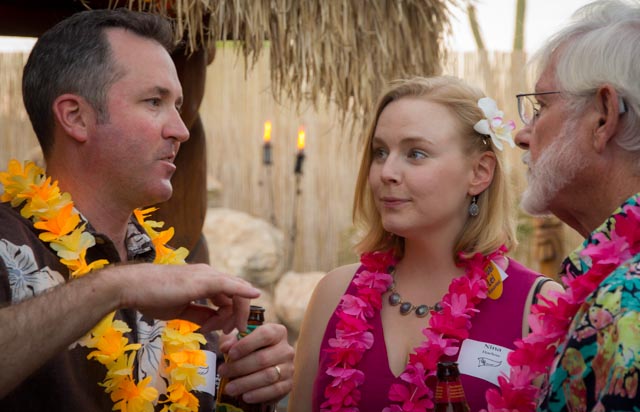 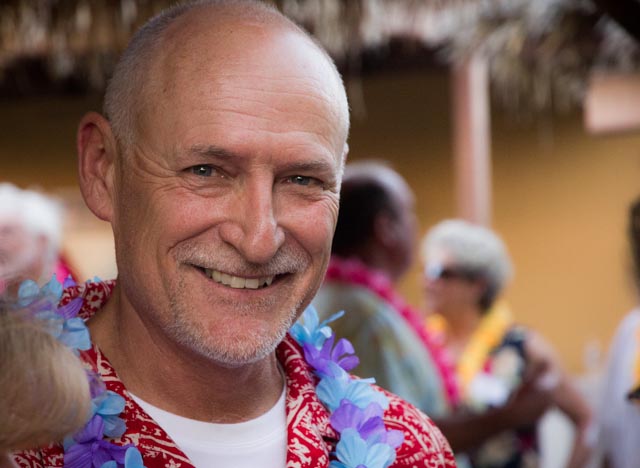