Awards at the The scourge of any sailing regatta: light wind. Give us wind and pretty much everything else takes care of itself, right?

This year the Birthday Regatta & Leukemia Cup was a light wind wonder. But you had fun anyway, right?

Here are shots of the awards presentations. Photos by Chris Smith. 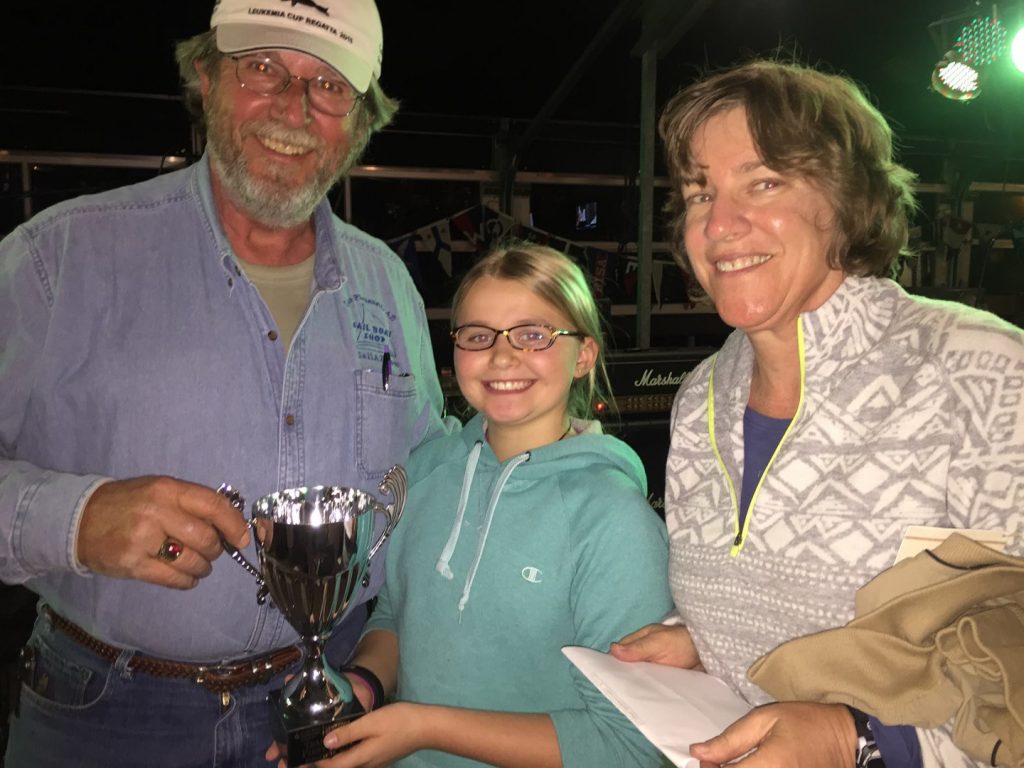 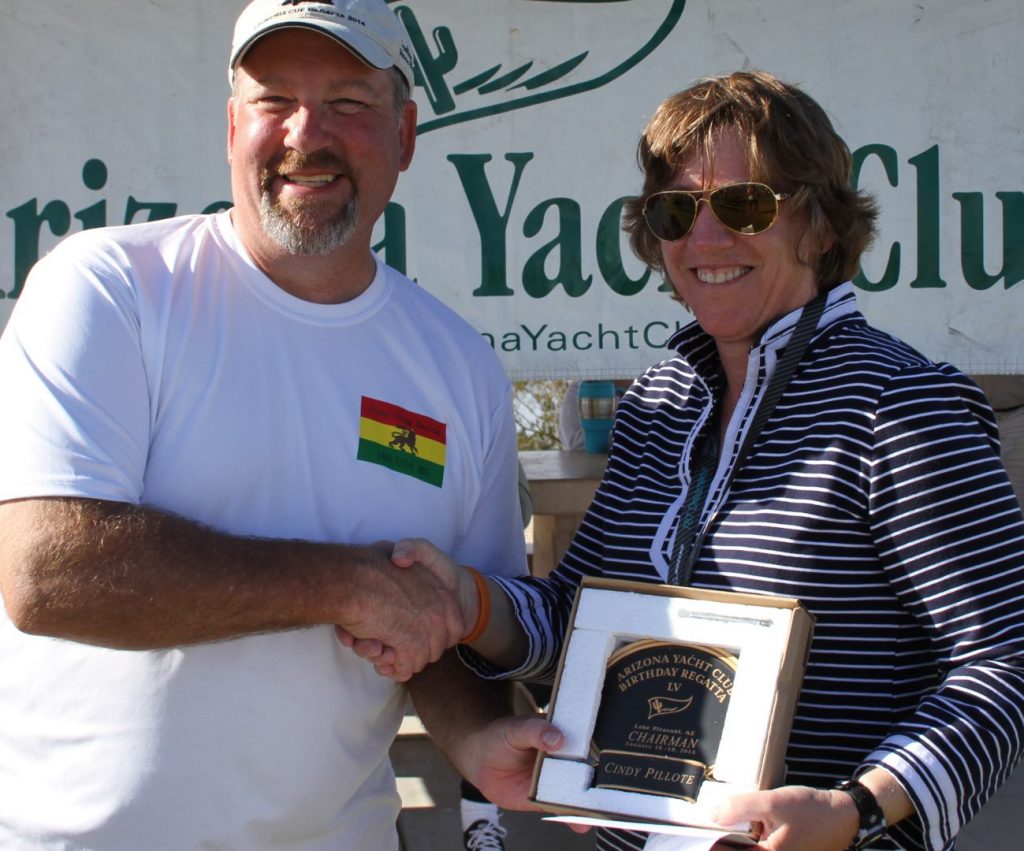 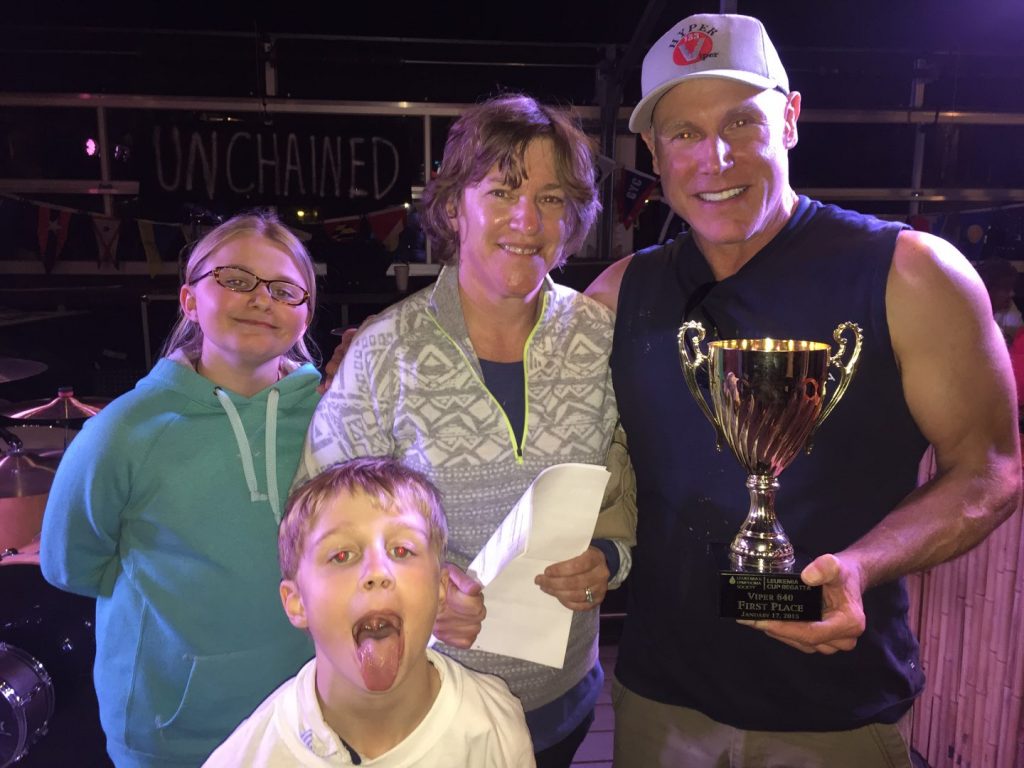 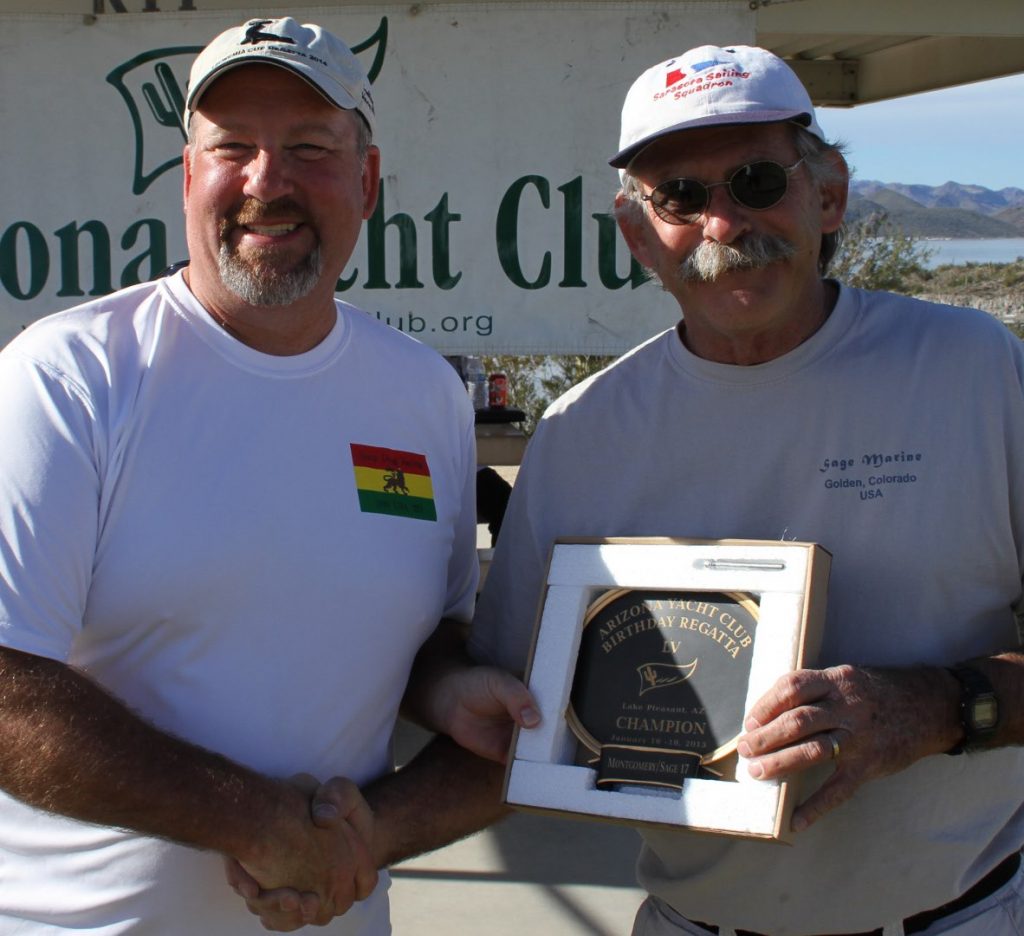 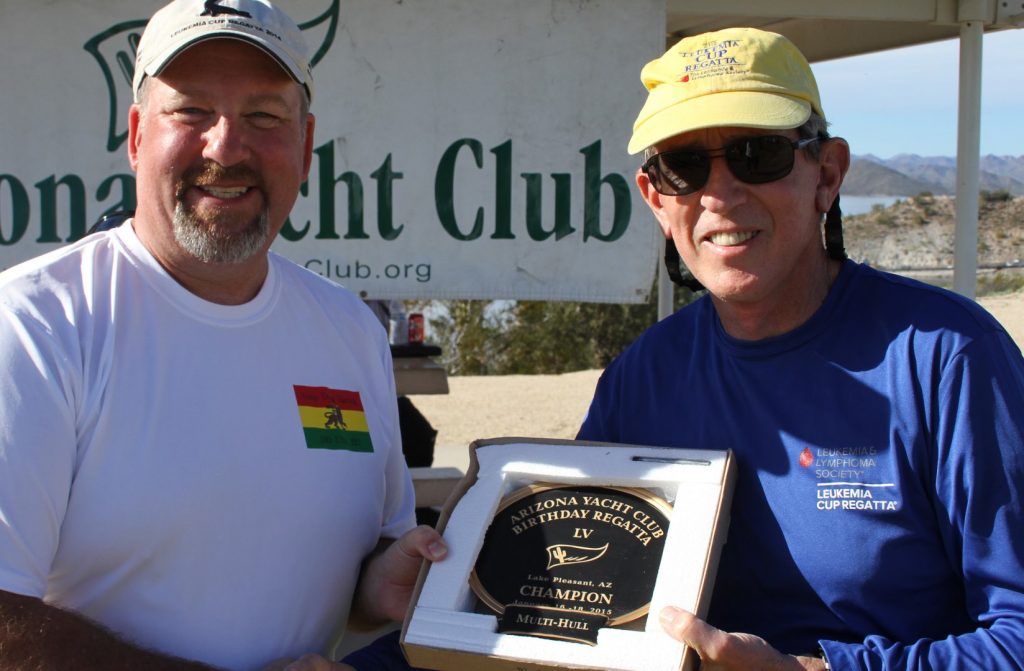 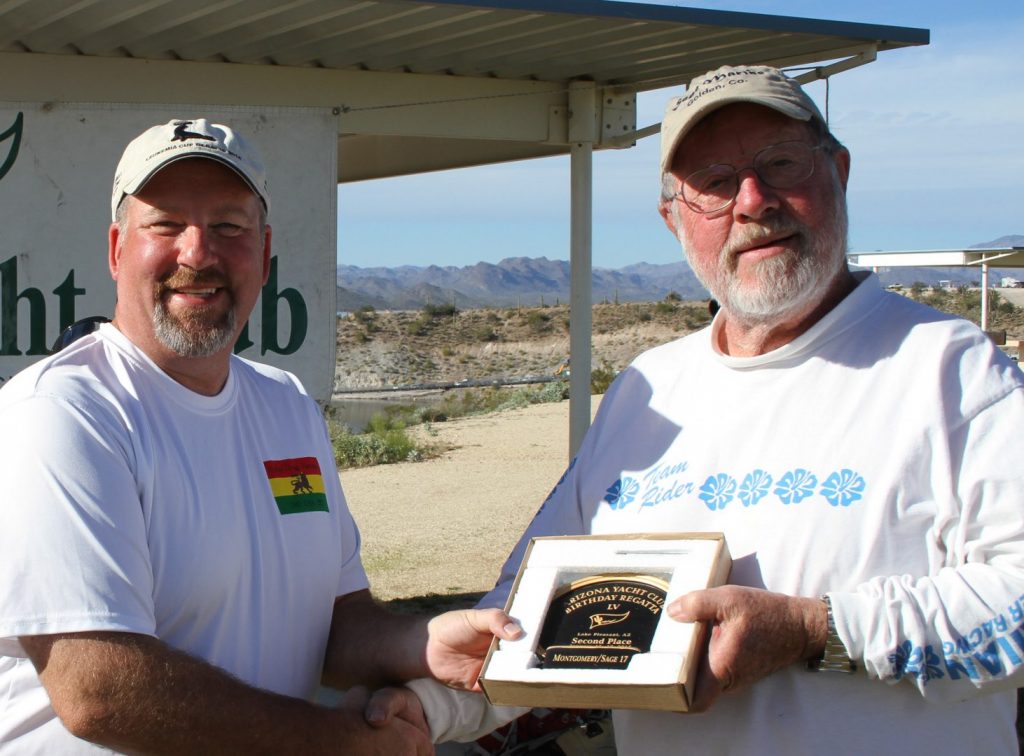 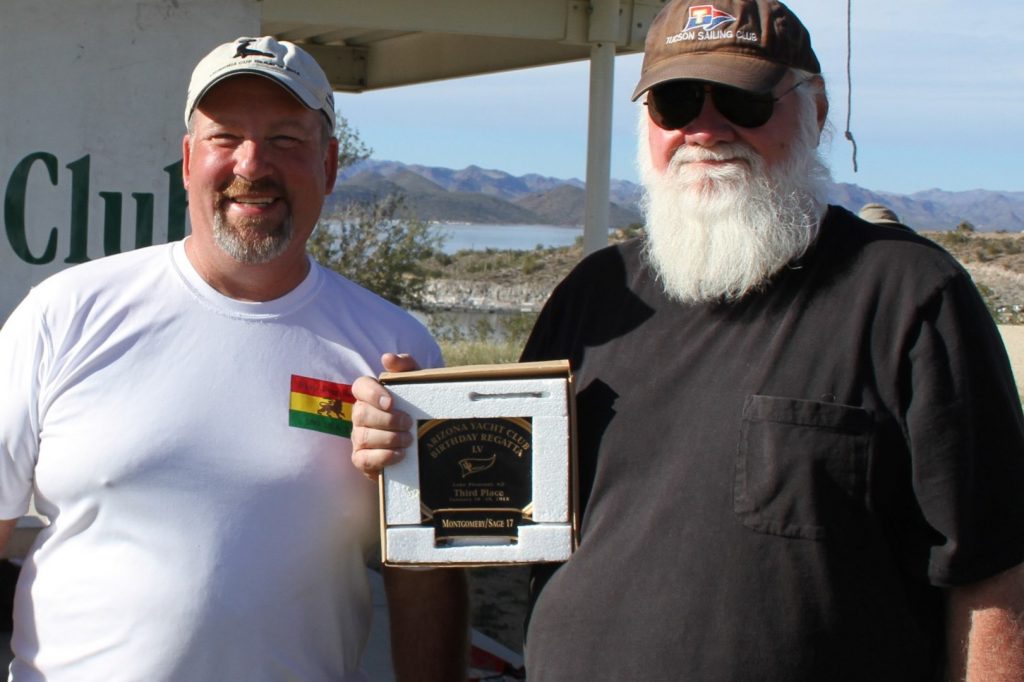 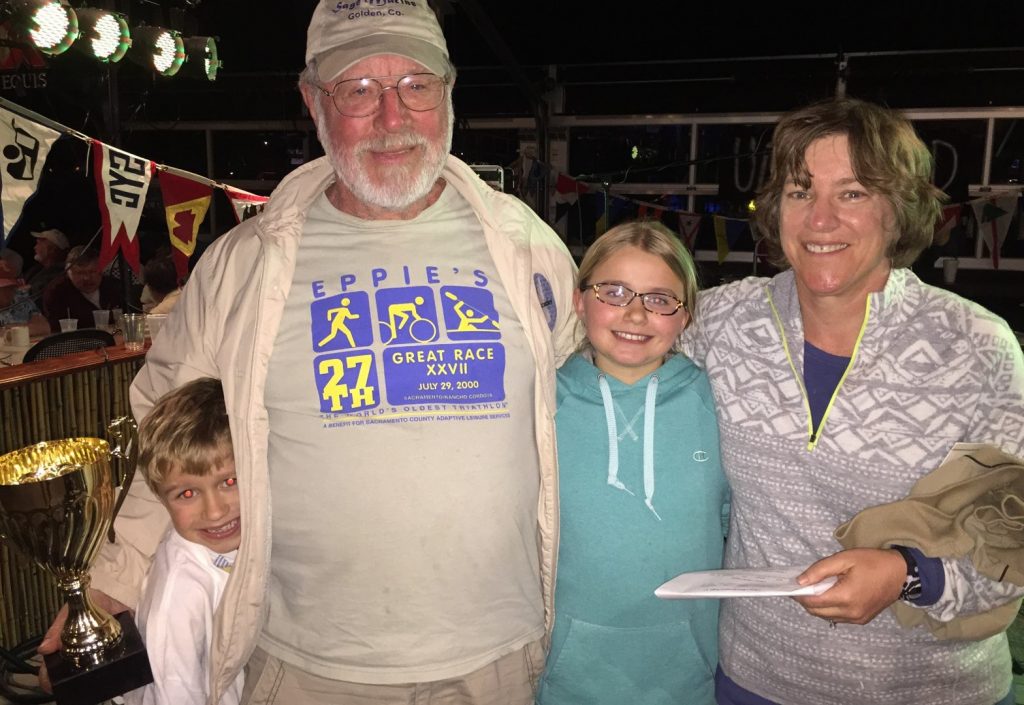 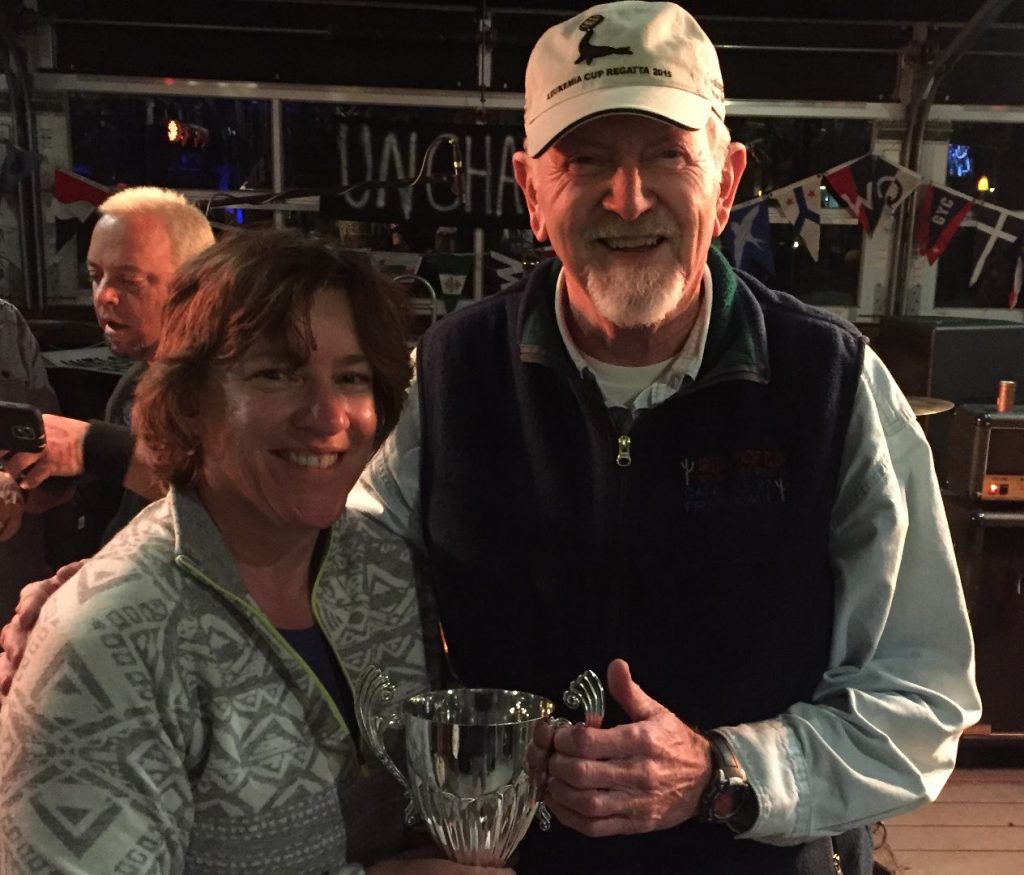 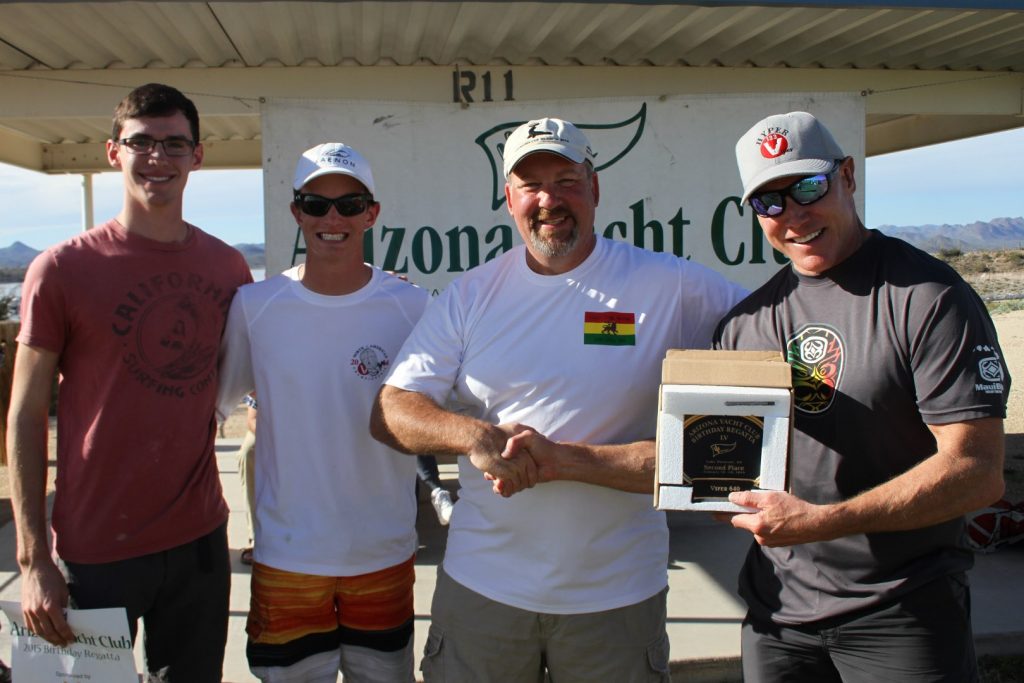 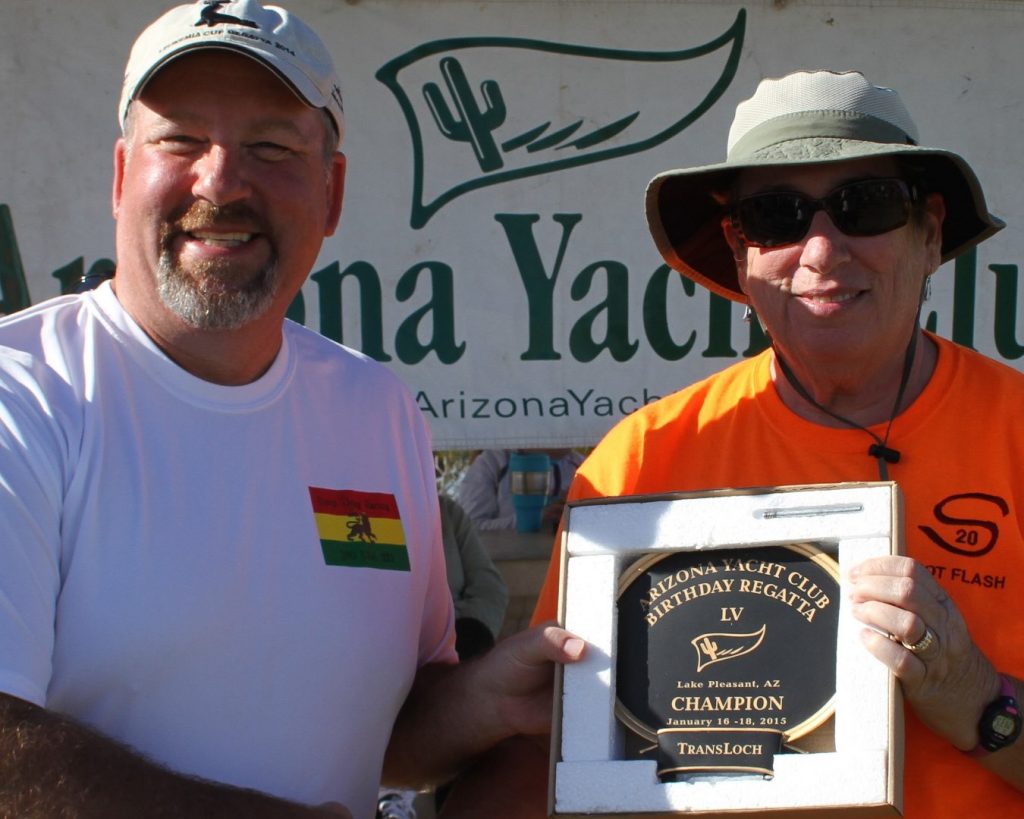 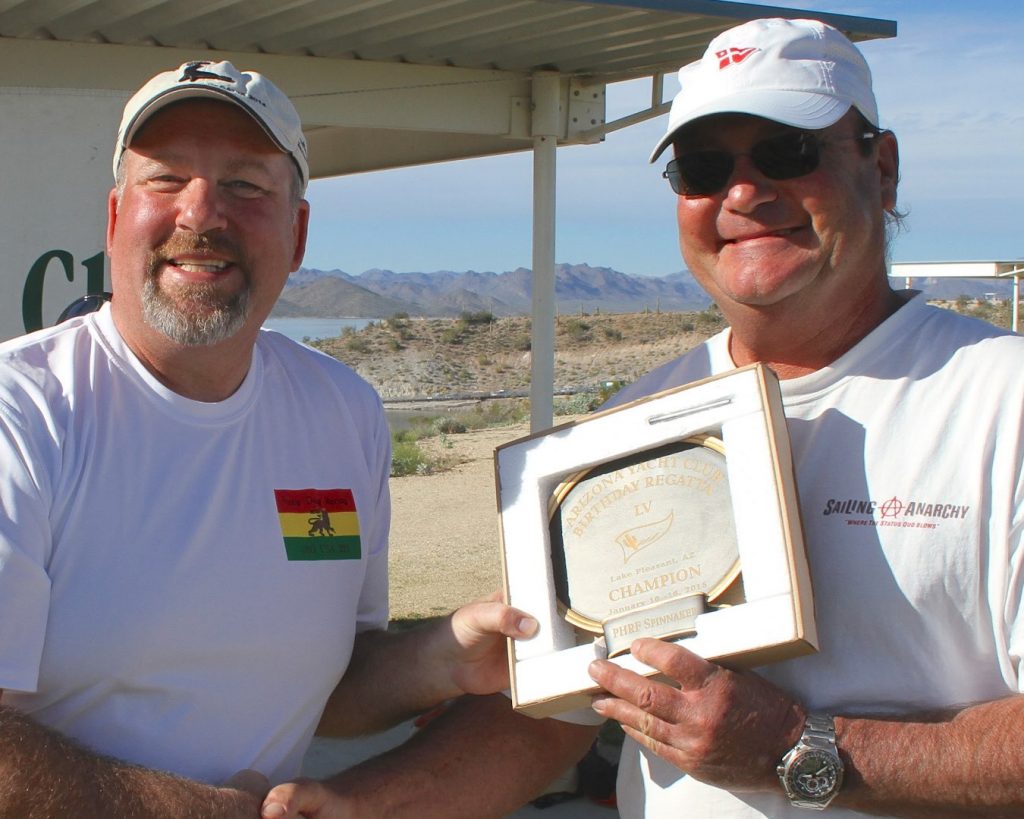 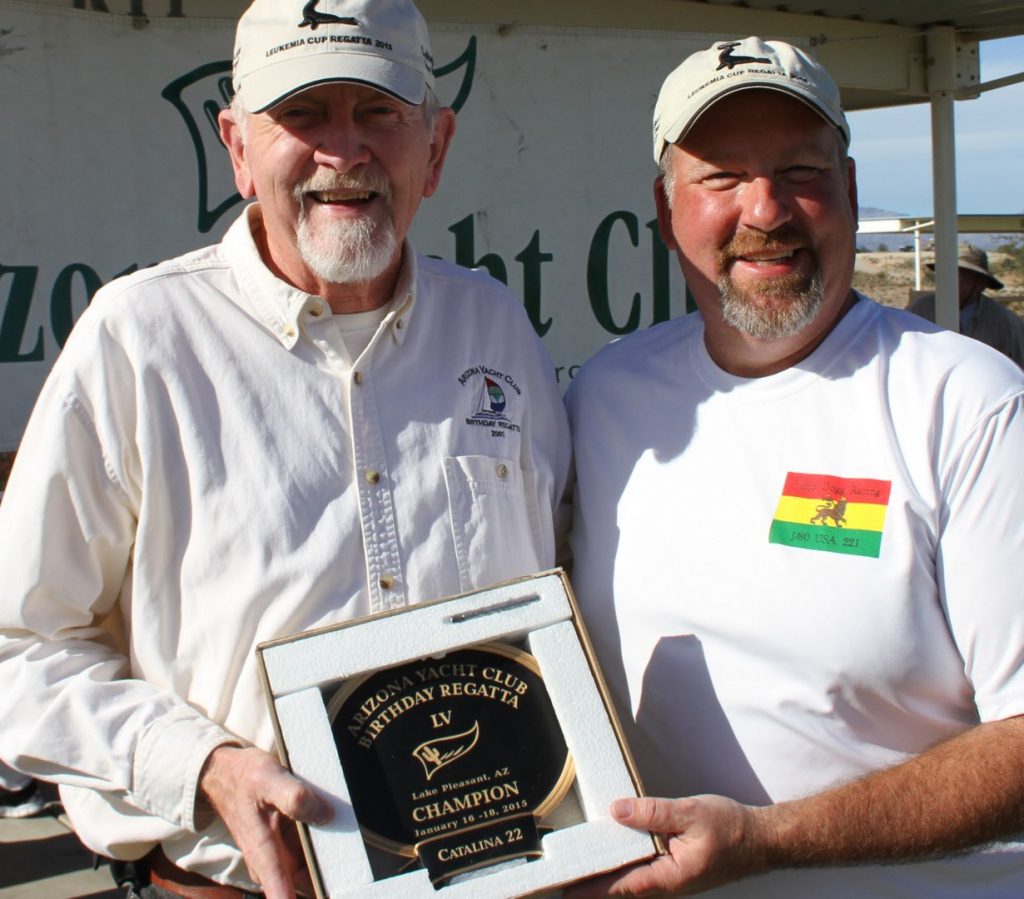 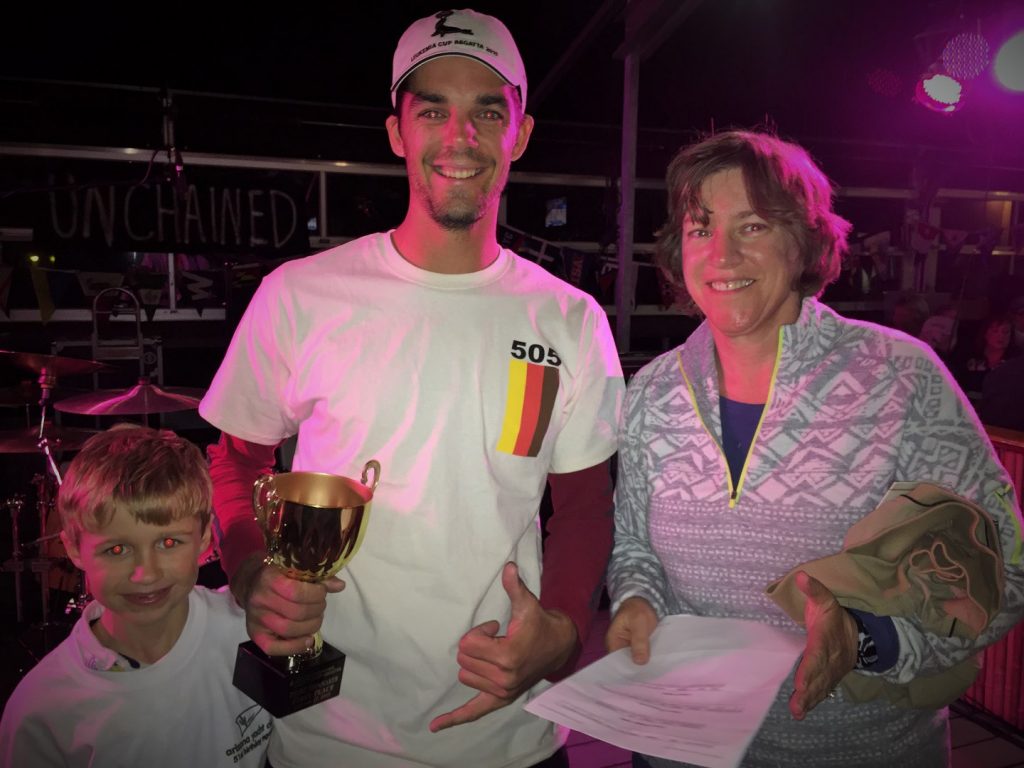 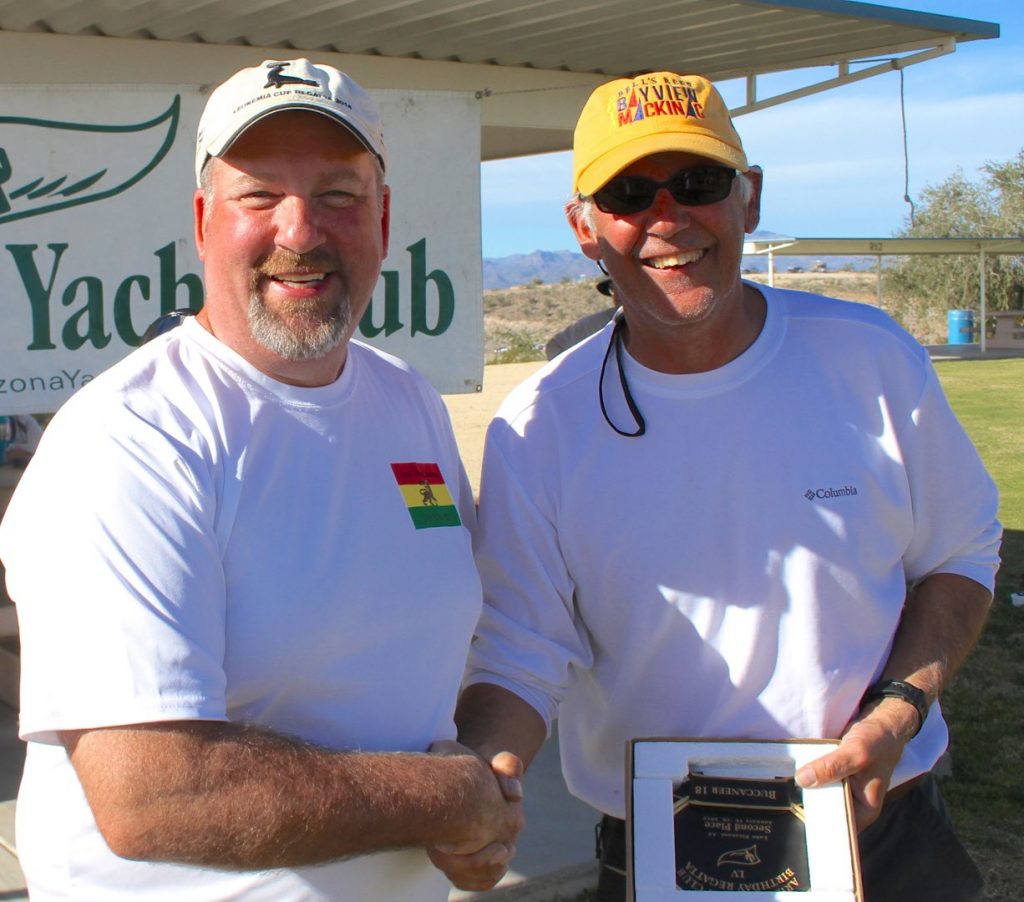 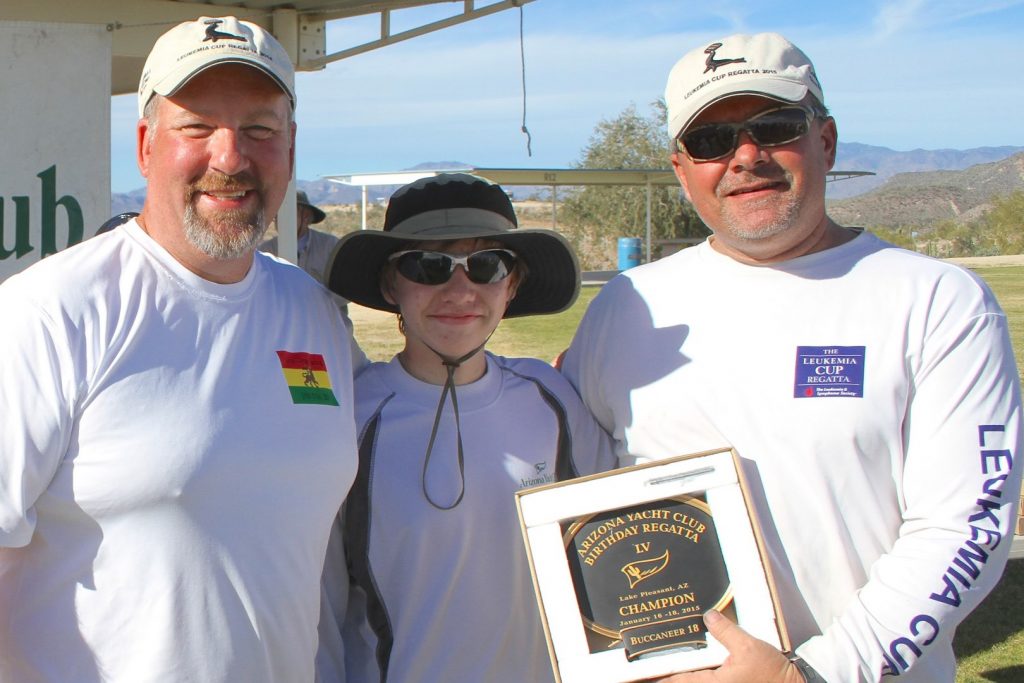 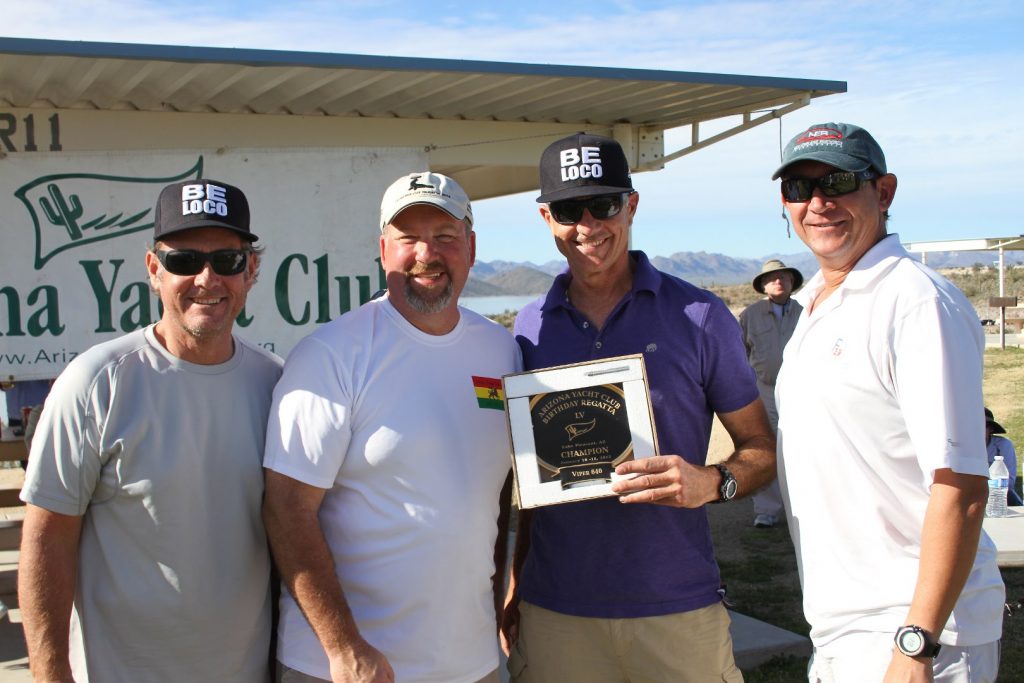 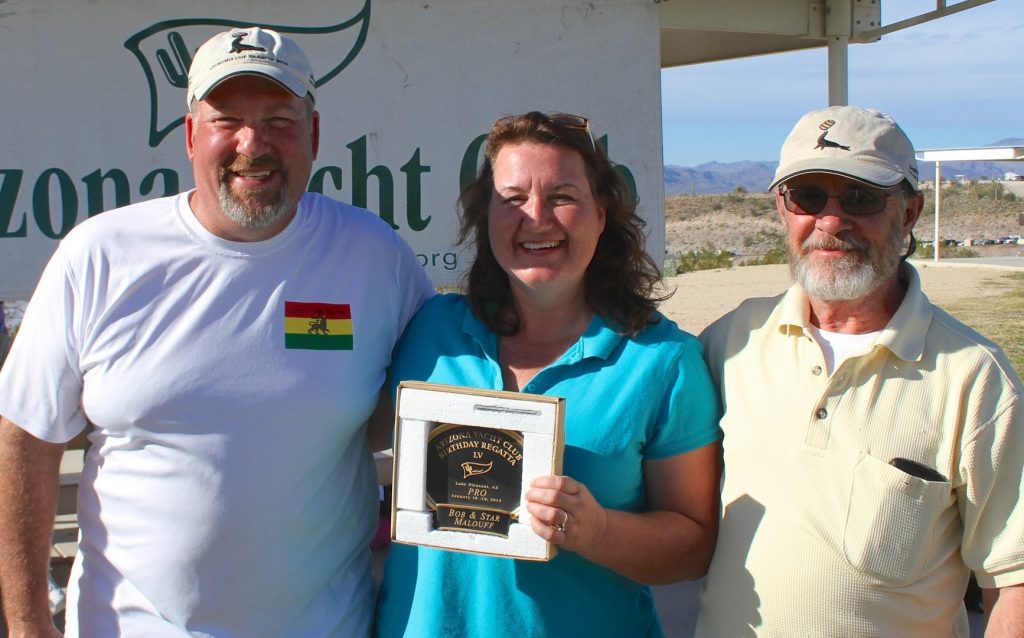 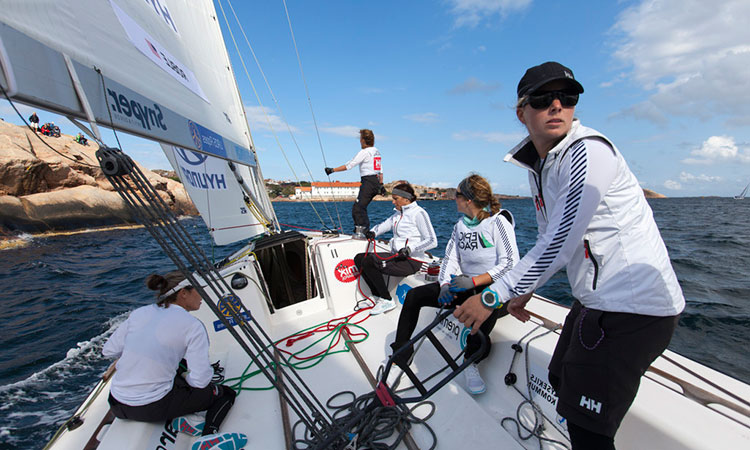 On January 14, Terry Hutchinson and Stephanie Roble were named US Sailing’s 2014 Rolex Yachtsman and Yachtswoman of the Year. Before she picks up her new Rolex during a ceremony in New York, Stephanie will be our monthly meeting speaker. Really!

The meeting is Tuesday, February 10, beginning at 7pm (but arrive early for dinner). Monthly meetings are held at the Caddy Shack @ Rolling Hills Golf Course, 1415 North Mill Avenue, Tempe, AZ 85281-1205 (map) and both members and non-members are welcome to attend.

Stephanie is 25 years old. She began by sailing dinghies and scows at Lake Beulah Yacht Club in her hometown of East Troy, Wisconsin, and she graduated from Old Dominion University in Virgina, where she twice earned ICSA All-American Honors (2010, 2011).

Rear Commodore Chris Smith says Stephanie made a big effort to fit our meeting into a multi-city trip, flying in the day of the meeting and jumping on a red-eye on the way out. Chris says let’s show our appreciation and “Let’s pack the house!” 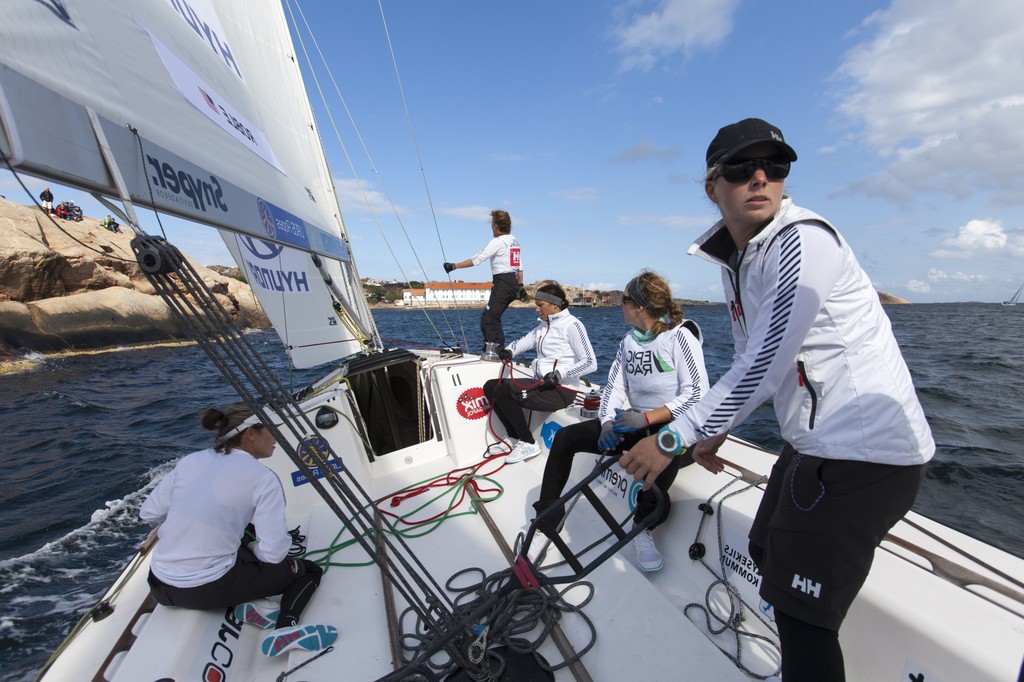 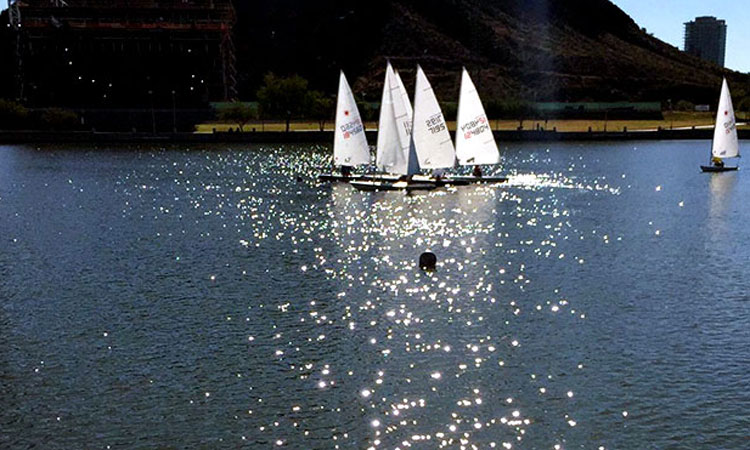 Ready to get back to racing? Tempe Town Lake sailors went after each other at the end of January. Lake Pleasant opened for action two weeks later on Saturday, February 7. 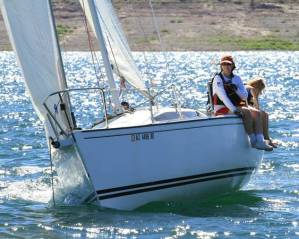 The Gibbs family on their Santana (since replaced by a Catalina 25).

You’ll find all the race documents on the racing page.

The TransLoch Series again is part of the Lake Pleasant action, an opportunity for sailors who like long-distance runs rather than races around the buoys (and it’s a great way to start for people new to the sport).