April 2, 2017 In Board of Directors, Member Interest By Mike Ferring

Vote for the Next AYC Board of Directors

The polls are open for members to vote for the next AYC Board of Directors. You’ve received a link to online voting by email and it should take only a couple minutes for you to vote. When you log in to vote, the system will ask for your information from the AYC member files: your email and your last name.

You can vote for the nominated slate of officers or write in the name of a person. Here’s the rundown. 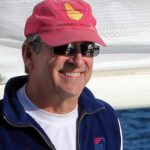 Several of the current officers declined to run this time, so you’ll find some new and some familiar names on the list.

Rear Commodore: Peter Burgard. Ask Peter to rattle off the list of boats in his personal fleet. Peter lives in Tucson, retired after 20+ years in purchasing at UA and another 11 with Amphitheater Schools. He’s active in the community and is past Commodore of the Tucson Sailing Club, organizer of this May’s San Carlos regatta. You’ll find Peter and wife Judy serving dinner after Saturday’s (4/22) Lake Pleasant racing as part of the Santana 20 fleet. 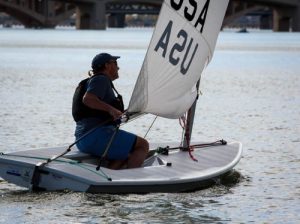 Membership: Andy Oliver. Andy is a Thistle sailor and has been one of the teachers for the Adult Beginning Sailing class for ASF. He’s also been helping Lori Reger greet people at the monthly meetings.

Others on the ballot from the current board: Bruce Andress moving on to Junior Staff Commodore and Tom Errickson running again for Cruising Captain. Remaining on the board in the second year of two-year terms are Chris Smith as Senior Staff Commodore and Mark Howell as Membership Director. The new Board appoints a Treasurer and Secretary. Expect Tony Chapman and Scott Richards to fill those roles.

Online voting will continue until 6pm May 8. Votes will be counted at the Caddy Shack at Rolling Hills at 6pm Tuesday, May 9, and you may present a written ballot in person at that time.