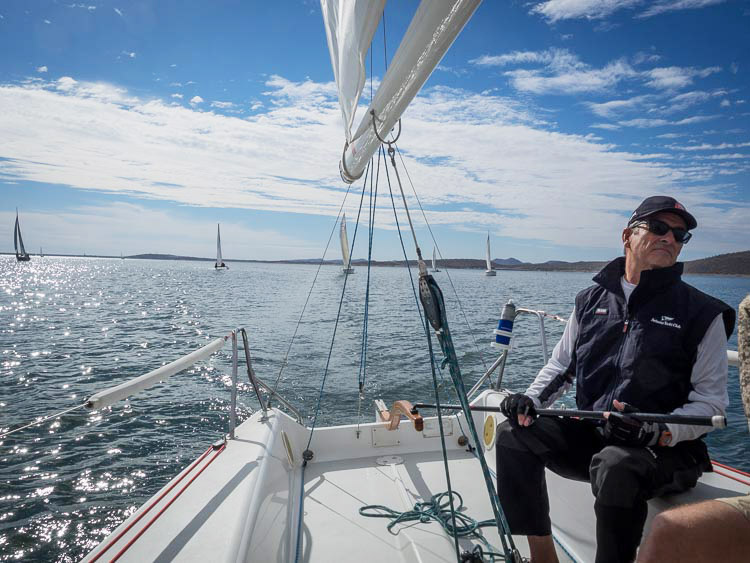 Ready to chase the Tall Cactus? The race is Saturday, April 28, with the first boats starting at 9 am. This is a pursuit race, in the style of the Governor’s Cup, which attracted over 50 boats in December. Okay, it’s a carbon copy, except that this time everybody will find all the islands and the finish line. Or they should.

The course takes you from a start line in the middle of the lake (exact position will vary depending on wind strength), north to take Horse and Balance Rock islands to port, then heading south to leave Bobcat Island to port and then finishing at Scorpion Bay Marina, where we’ll celebrate with club-provided nibbles and a cash bar. (Be sure to tip well; apparently some of you didn’t in December.)

Now, what was that about “Bobcat Island”? It’s the chunk of land that we’ve been calling “No Name Island” up to now, but Event Chairman Tom Errickson has learned it’s actually and officially called Bobcat Island. How to recognize it? It’s very hard to see until you’re right on top of it, since it blends into the hills behind. After rounding Balance Rock, if you set a course for about 150°, you’ll be pointing in the right direction. Aim to the right of the cell phone towers on the hill. You’ll need to clear the point at Two Cow Cove, near where the Sheriff’s station sits, and then head a little to the right.

After Bobcat, go to Scorpion Bay Marina, round to the north of all the breakwaters and sail toward the shore. You’ll spot the finish line. Finish and then tie up and join us for adult beverages. Here’s a satellite picture of Scorpion showing the finish line.

Here are pictures showing Bobcat. The pictures were taken in early March, with high lake level. 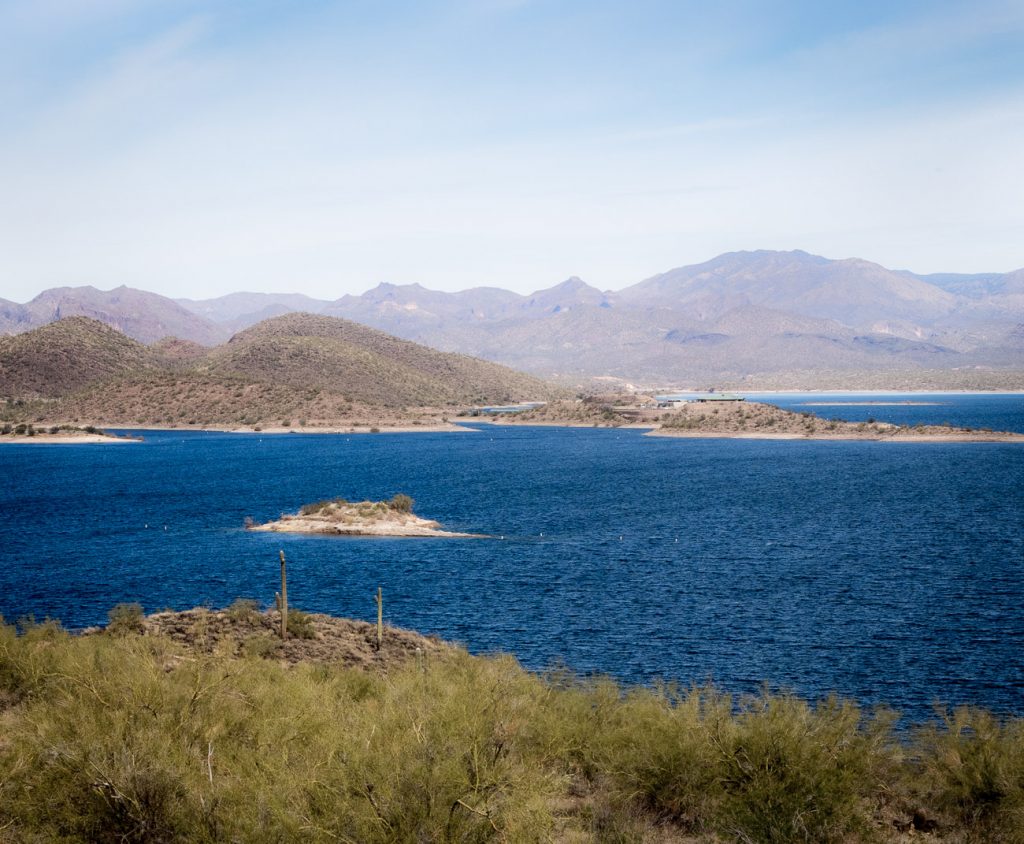 That little island with a tuft of vegetation is Bobcat Island. Picture was taken from the Discovery Center looking north. Photo: Mike Ferring 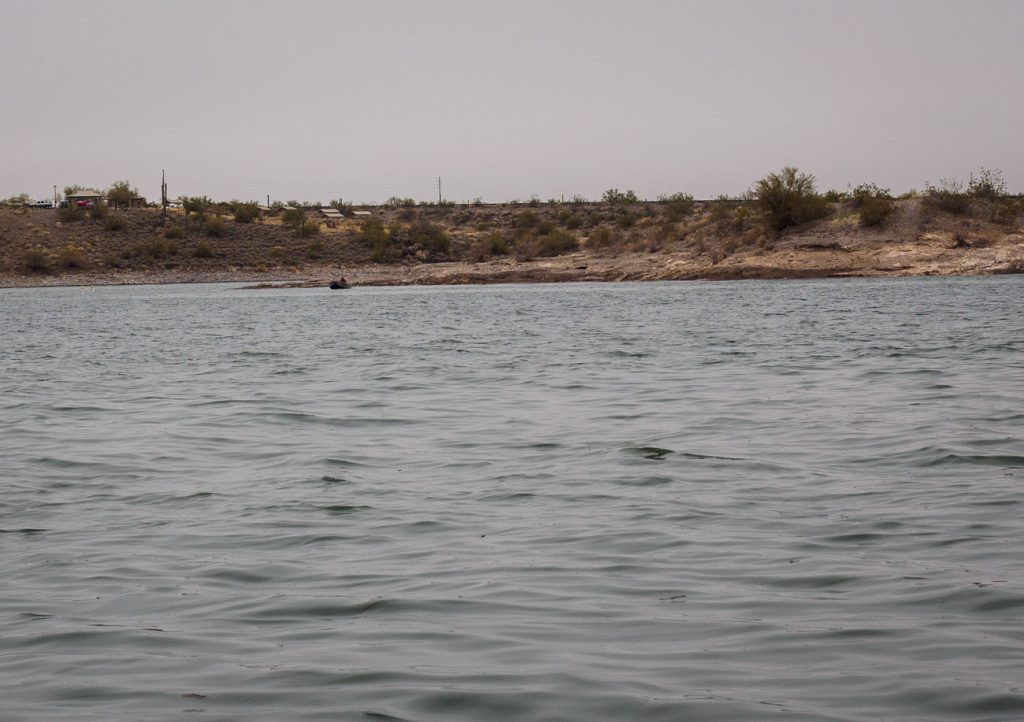 Bobcat Island is hard to see, even when you’re close. It blends in with the background. Photo: Mike Ferring 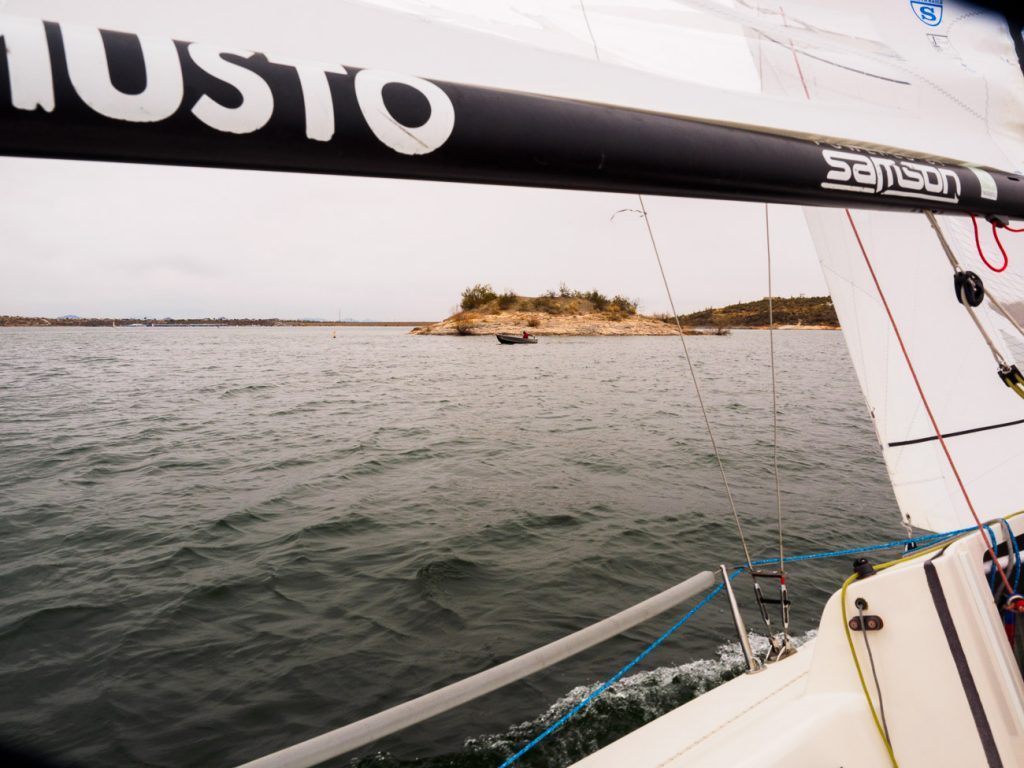 As you begin to round Bobcat, it emerges from the background. Photo: Mike Ferring