It’s a bit of a gamble with a pursuit race. With some 41 boats entered in this year’s Tall Cactus, which ones would benefit from a light wind start and which ones would gain as the wind came up?

By the time they’d all gone around Horse, Balance Rock, and Bobcat Islands and crossed the finish at Scorpion Bay Marina, Sport Boats had passed everyone who started before them and finished 1-2-3. It was Court Roberts’ team (with Tony Chapman driving, Bob Whyte trimming) in the lead, followed closely by Mike Hester (with Joel Hurley), and not so closely by Mike Ferring (with Maryellen Ferring, Ray Chapman, and Gail Palmer).

Then all that was left to do was to party on the deck at Scorpion’s Grill on a beautiful Saturday afternoon.

Many thanks to Regatta Chairman Tom Errickson and to his helpers, including Tom Ohlin and Andy Oliver and several others. 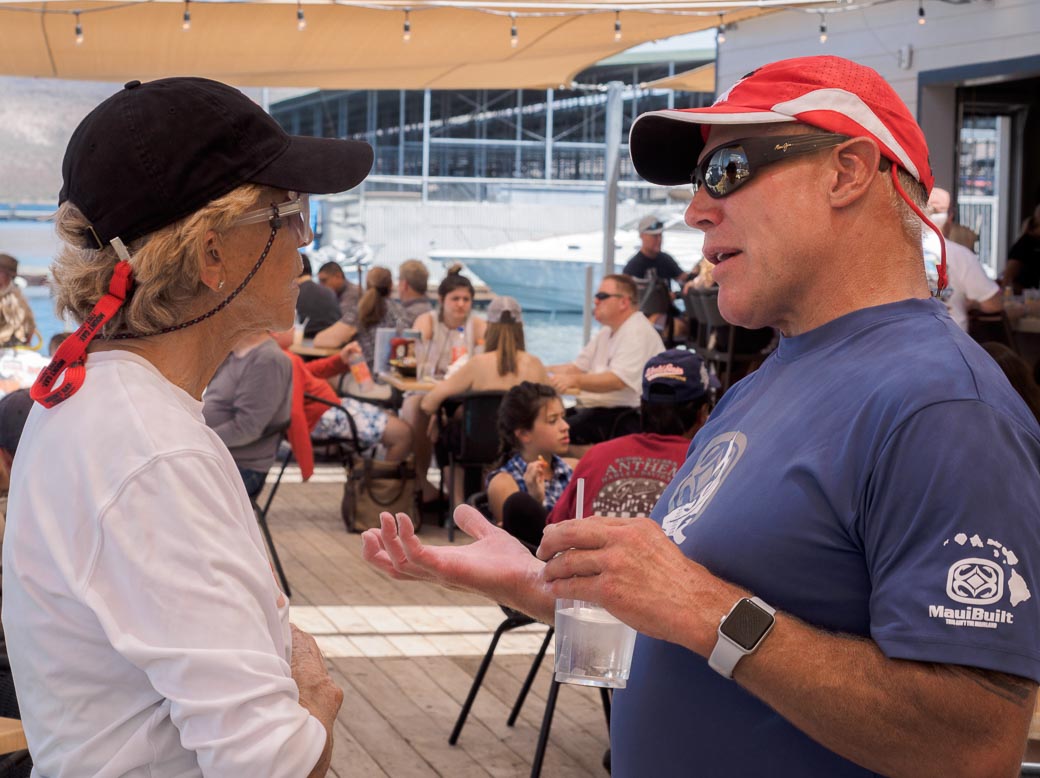 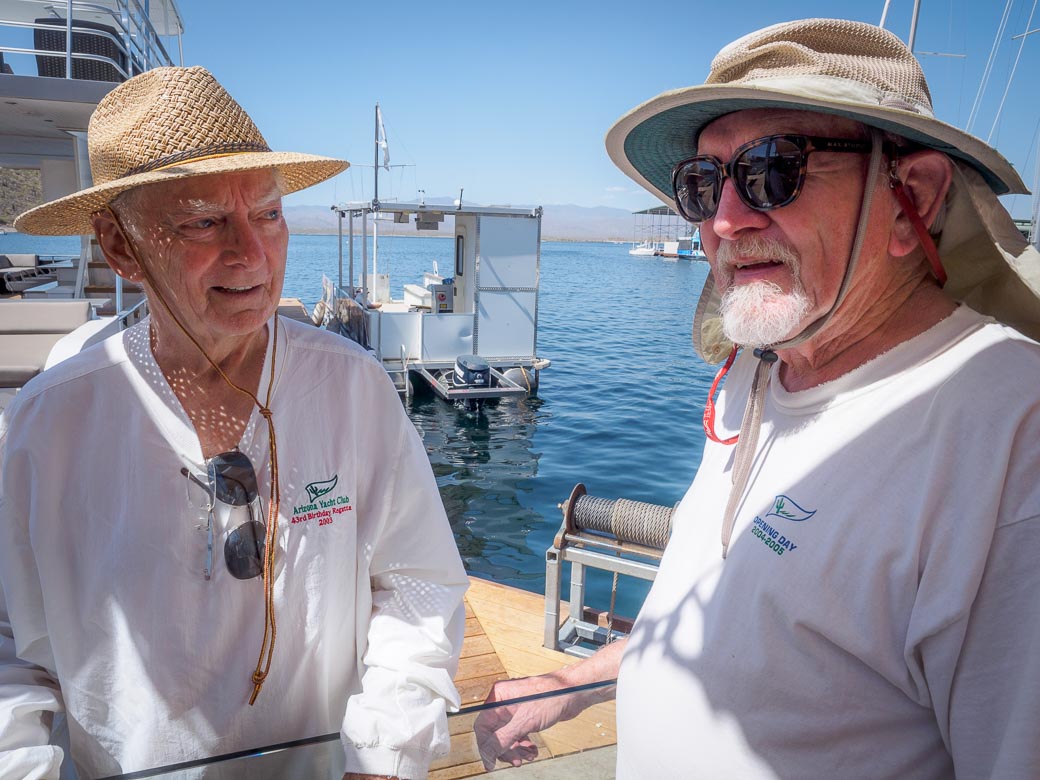 These two have seen some AYC history! Tom Ohilin on the left and Bob Worrall on the right. Photo: Mike Ferring

This is what it looked like as the 2018 Tall Cactus Regatta began. The wind filled in nicely later, giving later starters an advantage. Photo: Mike Ferring 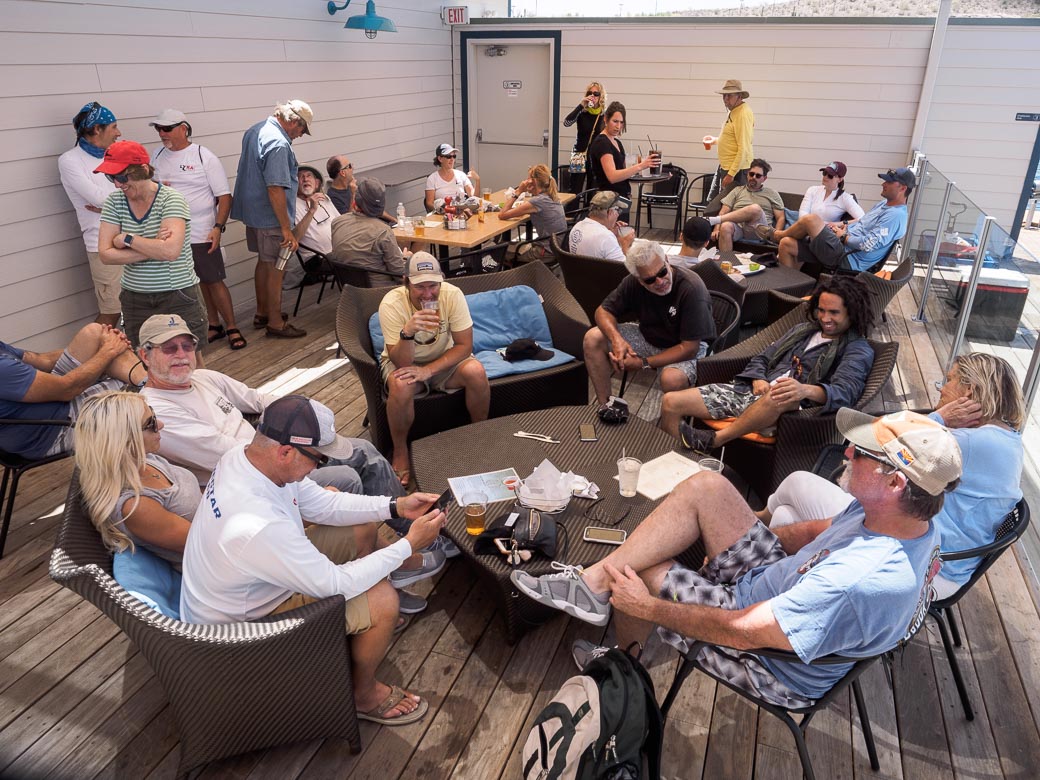