To further several of these goals , we are organizing an effort to do more with social media. If you like to take pictures, if you are savvy with social media, even just one of the many different platforms…we need your help! Let this be the one thing you do for your club!

Marc Danner, Your Vice Commodore, will be organizing this effort. To find out more, please contact him at ViceCommodore@ArizonaYachtClub.Org. 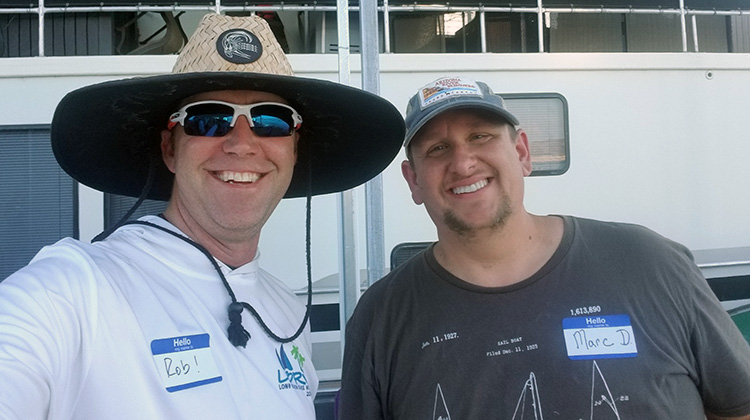 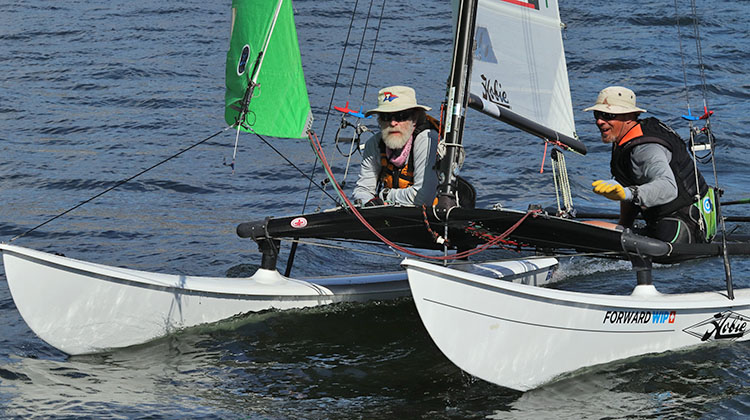 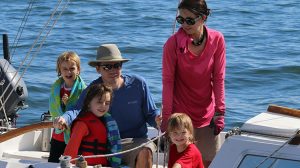 The Rawlings Race Team. If the kids look a little damp, it’s because they were splashing around in the lake minutes earlier. Photo: Mike Ferring

Opening Day for the Lake Pleasant Fall Series started with a bit of a whimper instead of a bang (weren’t you supposed to bring the wind?), but then picked up for Sunday’s action.

Scores are posted on the Racing Results page, or click here.

Saturday’s wind allowed for only one or two races for all fleets, including a large contingent of multi-hulls out for the day. It concluded with a nice gathering at Spinnaker Point, a lush layout of charcuterie catered by Martin Lorch.

Here’s what PRO Martin told us about Sunday’s racing:

“We started the races promptly at 9:00am in 7 to 8 knots of wind from the north (about 345-350 magnetic). The three fleets racing completed the race rapidly. The second race was started right away at about 10am, and the wind began failing before they got to the windward mark. The boats came to a crawl for about thirty minutes.

“Then, the wind rotated around from the west, the east, back from the west and settled from the south (approx 165-170 mag) where it generally stayed at 7 to 11 knots. We moved the north mark to the west at the start of the second race and moved it back to its original position at the start of the third race. We adjusted the red start ball once because the committee boat had rotated and also because we needed to give the Outrage crew something to do! 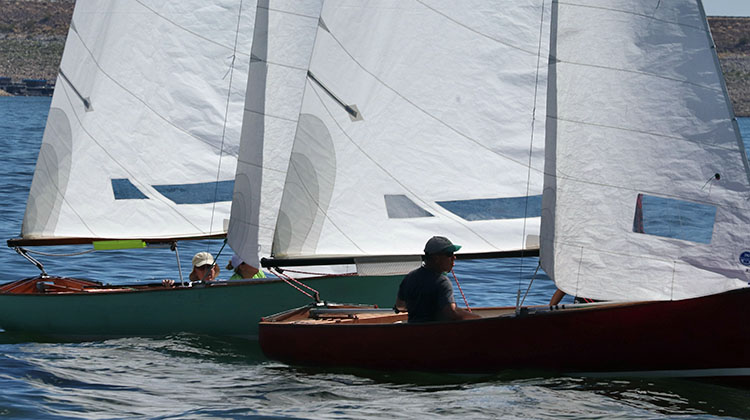 Scott Richards and Skip Kempff getting off the line in light air. Photo: Mike Ferring 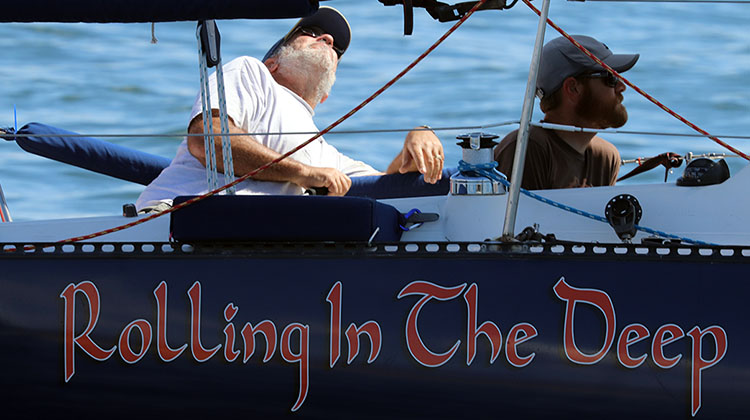 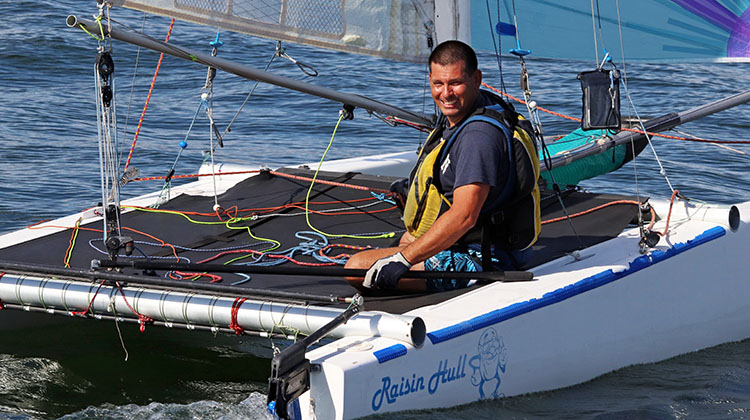 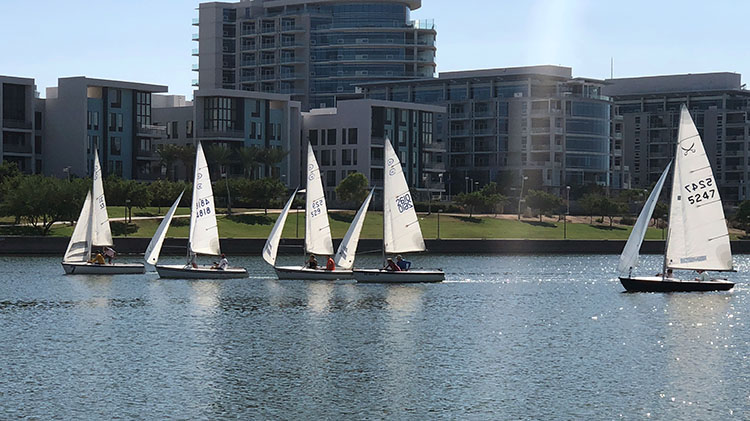 Quite hot, actually, but with enough breeze to make the opening day at the lake a good contest.

There are some 37 entries at Tempe Town Lake for the fall series, including 10 C14s, 13 Lasers, seven Portsmouth, and six in the new Junior Fleet. The Juniors are sailing in Bics and Lasers under the guidance of Rob Gibbs.

Lasers were on race committee duty the first weekend, leaving the rest of the boats to duke it out. Mark Howell has again agreed to crunch the scores for TTL. Here they are.

Results of week one of Tempe Town Lake racing.

The next race Sunday will be September 30 with Portsmouth on race committee. 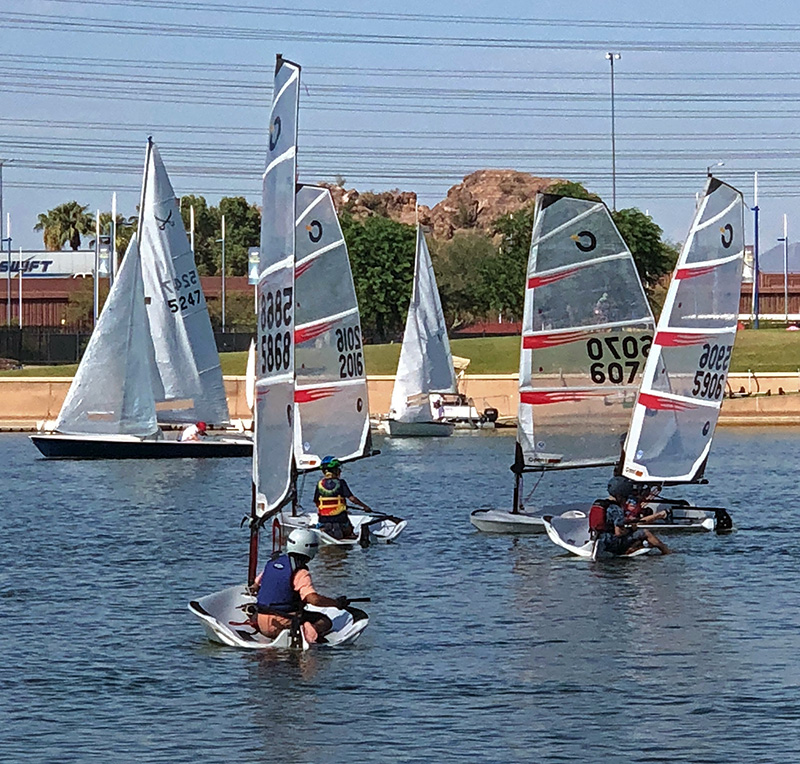 Some of the race action at Tempe Town Lake with the new Junior Fleet in the foreground. Photo: Marc Danner 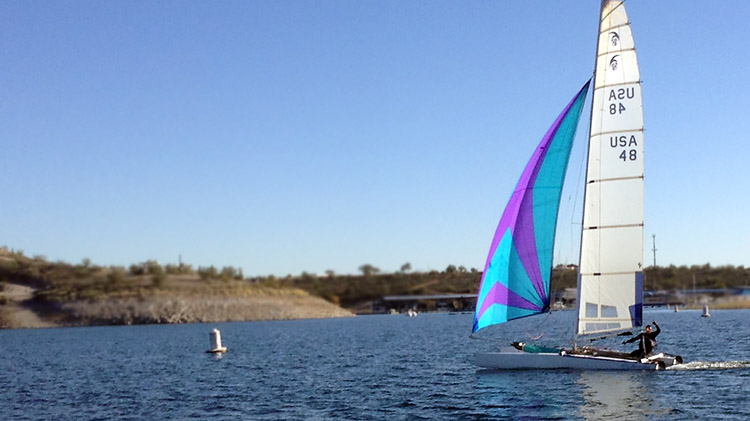 Are You Cat Curious?

We have a few of our Hobie and Multihull skippers who are inviting the boatless and the cat-curious to crew for us at the AYC Fall Series season opener this Saturday, Sept 22, to see what it all about.

First-come-first-served, and just a few openings available, but nobody has committed, so those spots are all still open! Hobies are of course fairly athletic to sail and you won’t be spinning the blender for boat drinks. We will have all the harnesses/PFDs/wetsuits to get you geared up.

This month we’re digging deep… deep into the East Valley that is! Come join us for libations and camaraderie at Fibber Magees in Chandler: 1989 West Elliot Road, Chandler, AZ 85224 on Tuesday Sept 25th at about 5:30 to about whenever. As usual, the club will spring for some appetizers and we’ll all enjoy the fellowship! Click the link below to add it to your Google Calendar!

Photo courtesy of the TSC

Ports of call will include San Pedro Bay, Las Cocinas anchorage, and of course San Carlos. For more information visit their website page about the cruise or contact Richard Sebastian, at iwmfg@comcast.net or phone 520-404-8370.

A Place of Our Own? 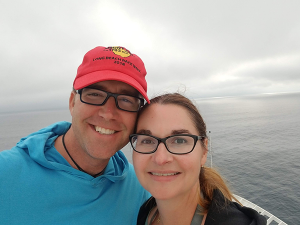 Commodore Rob and his wife Kim

At the beginning of my tenure as Commodore, the Board outlined 4 focus areas that we want to work on. They are:

When it comes to “Long-Term Planning,” your board members have discussed a lot of things, but the one that keeps coming back time and again is “what about a place to call our home?”

There are 2 problems associated with this question:

The board would like to discuss the possibility of establishing a building fund. In conjunction with that, we would also like to define a range of things that this physical location might look like. We aren’t designing a building yet, but just defining a range of possibilities and the current estimated costs of those possibilities. Initially this will require some research on financial products, followed by creating a “planning document” that would be used to help define current cost estimates for building a structure.

I’d like to set the timeline for establishing the fund as the end of this Board Year, with another 6-9 months for the first copy of the “planning document” to be drafted and presented to membership.

We need a group of people that are interested in making this happen. I would like to ask anyone that is interested in helping to make this a reality to email me at Commodore@ArizonaYachtClub.org. 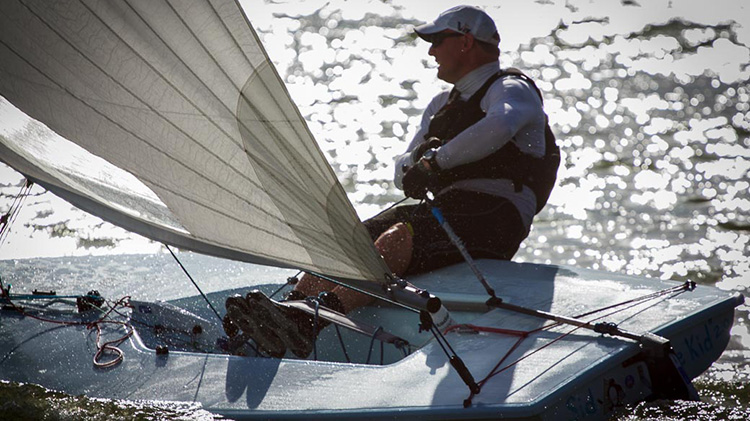 Fall Racing Kicks Off at Both Lakes

Racing at Tempe Town Lake begins at 3pm Sunday (September 16) and at Lake Pleasant the following weekend, Saturday at 12:30 pm and Sunday at 9 am, September 22 & 23.

The fleet line-up looks very much like last year, except that the Santana 20 fleet will be back as a separate fleet rather than being combined with the PHRF Spin fleets, as they were last year.

If you haven’t raced before, if you’re a little rusty, or if you’d like to crew, we have options for you:

See you on the water! 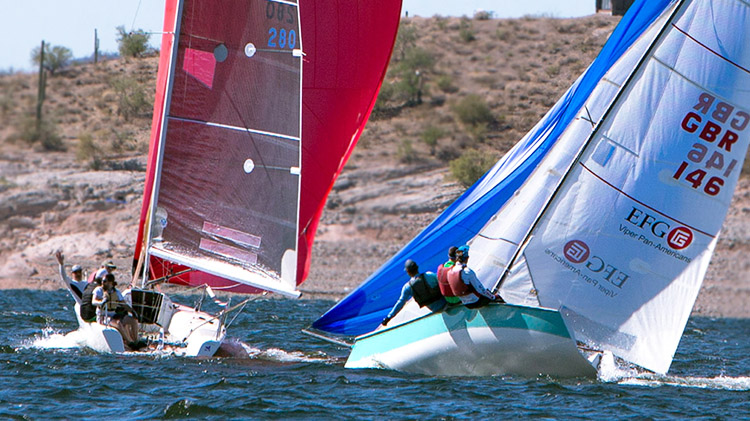 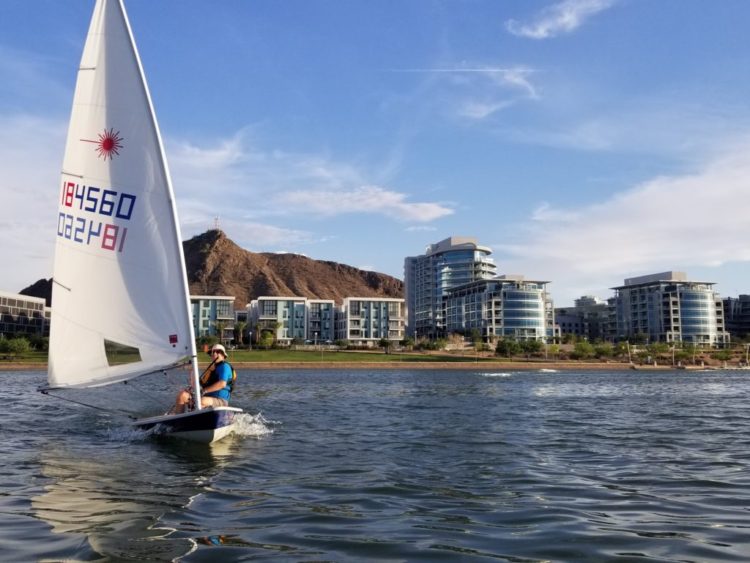 The BIG ASK of YOUR Club is that you find one thing we do that you are interested in, one thing that you would be willing to help out with and say YES! Give back to your friends and YOUR Club. YOUR Board of Directors has some focus areas we are working on that are important to the longevity of the club. We can’t do all of the work it is going to take to accomplish these goals alone. YOUR Club has events that need organizing and support. Just find one way this year to participate a little more.

YOUR Club is more than a membership card. YOUR Club is built on the relationships between its members. Relationships are what keep us coming back year after year. Relationships are also give and take. In order to continue to succeed and grow as a club, YOUR Arizona Yacht Club needs you to give a little back. The more you give, the more you will receive in return because you have helped sustain us into the future!

Thanks in advance for supporting YOUR Arizona Yacht Club!

Crew Party with a Cause!!

The first crew party held at the lake was a really great gathering! Lots of people, both members and potential members got together, shared their sailing experiences and a great meal.

The event also had a 50/50 raffle to benefit the Blind Buccaneers. We raised a little over $160 towards their trip. They are fundraising through the end of October. If you would like to support them but were not at the event, donations are eligible for an Arizona Tax Credit (see your tax adviser for more details!)

Much thanks goes to Sharon Bell, and Heather and Josh McClain for organizing the event! 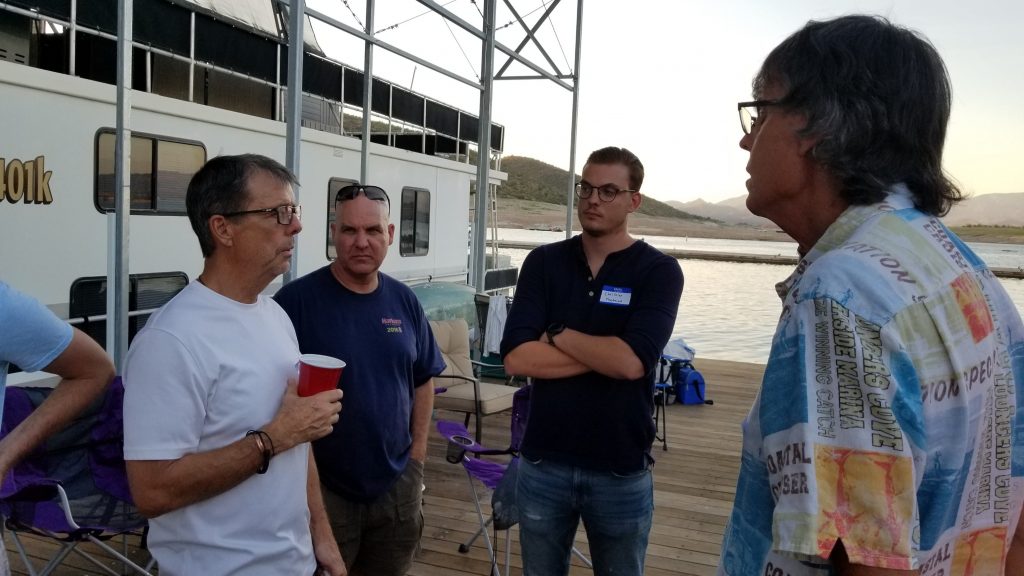 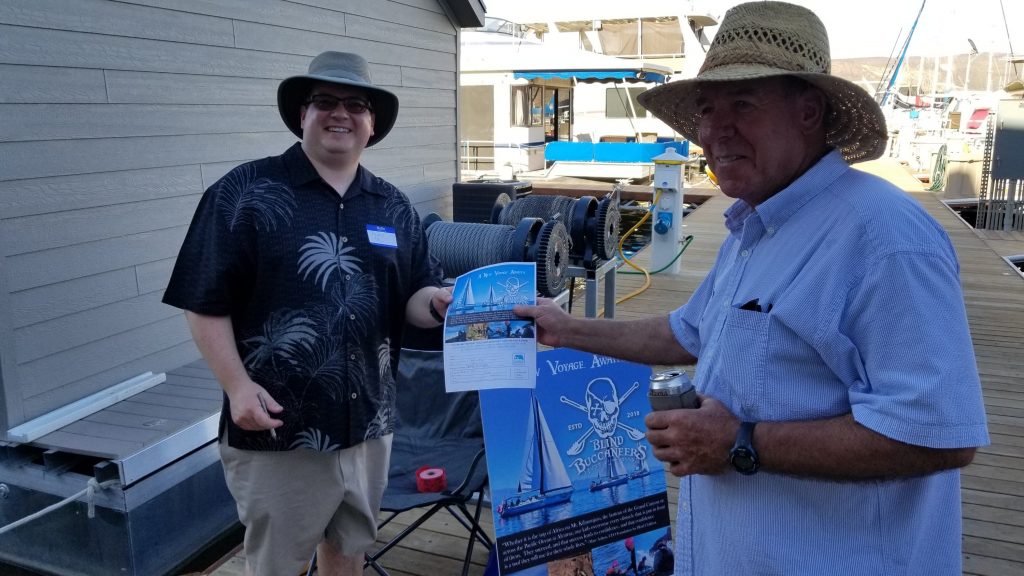 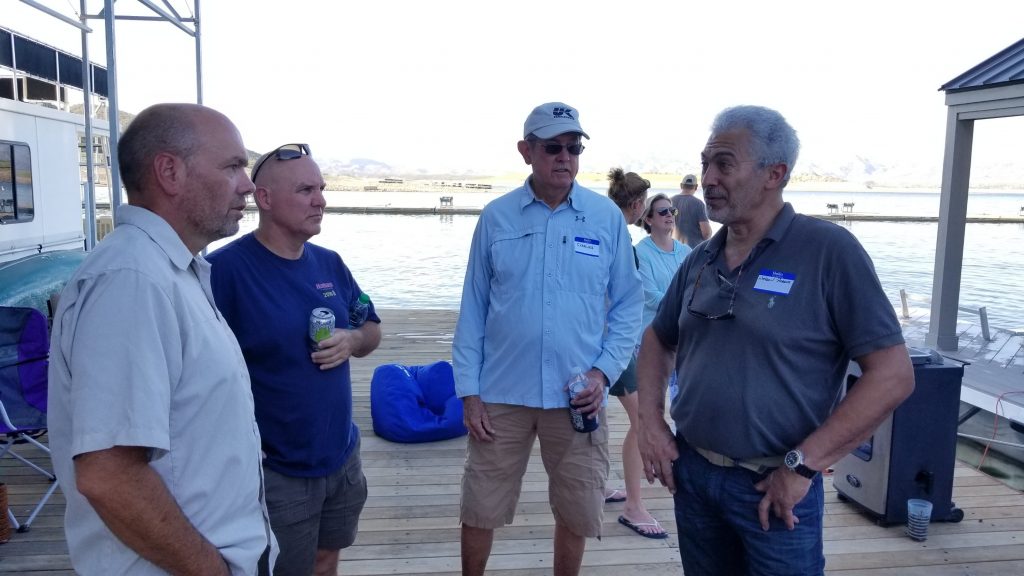 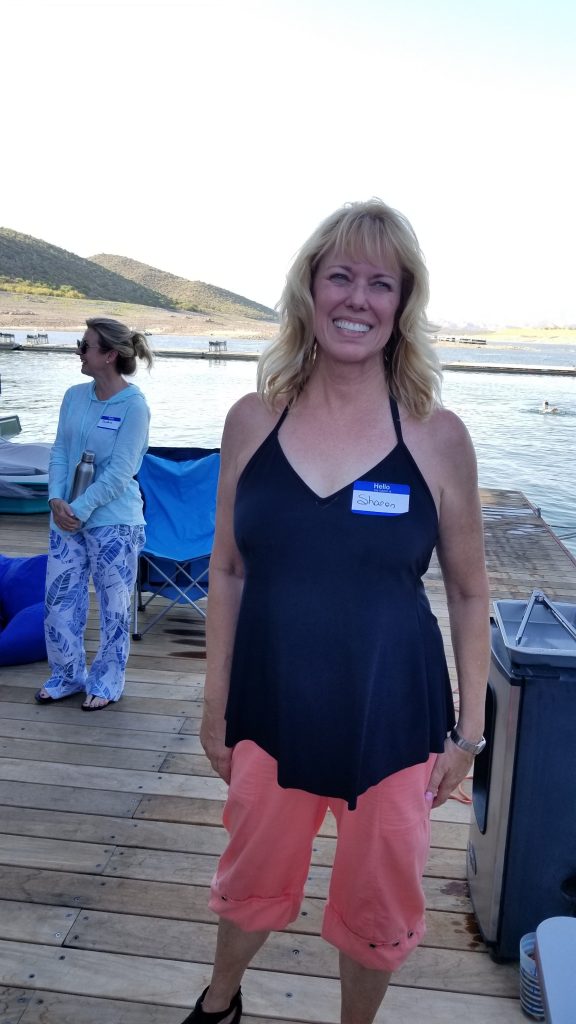 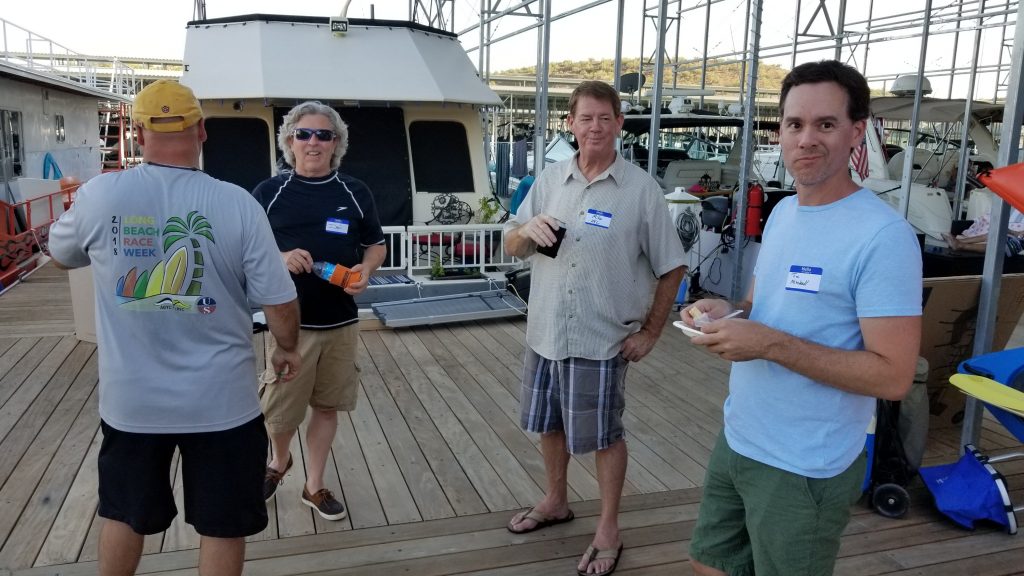 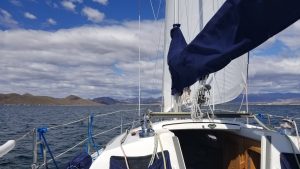 One final reminder that this Saturday, 8 September from about 4 to around 8 (boat time you know…) at Scorpion Bay Marina YOUR Arizona Yacht Club will host its annual Crew Party dubbed “Sail Jam!” In conjunction with that we will be fundraising for the Blind Buccaneers and the Foundation for Blind Children with a 50/50 Raffle.