October 10, 2018 In Board of Directors, Commodore's Corner By Rob 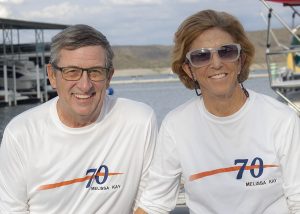 According to the AYC Bylaws, “Honorary Life Membership may be granted to any Club Member whose services to the Club and the sport of sailing shall have been deemed outstanding over a period of years.” For several decades now Mike and Maryellen have served the AYC and ASF, as Board members, as Sailing Instructors and in general as “Ambassadors” for sailing in Arizona.
Here are some highlights of their outstanding service:

Their constant presence and service, whether in the foreground or in the background, has been truly outstanding, greatly furthered the sport of sailing in Arizona and made our club a better one.

This list is by no means complete, but please join me in congratulating and thanking them for their service!

Commodore Ferring and Maryellen Awarding Trophies at the Commodore’s Celebration 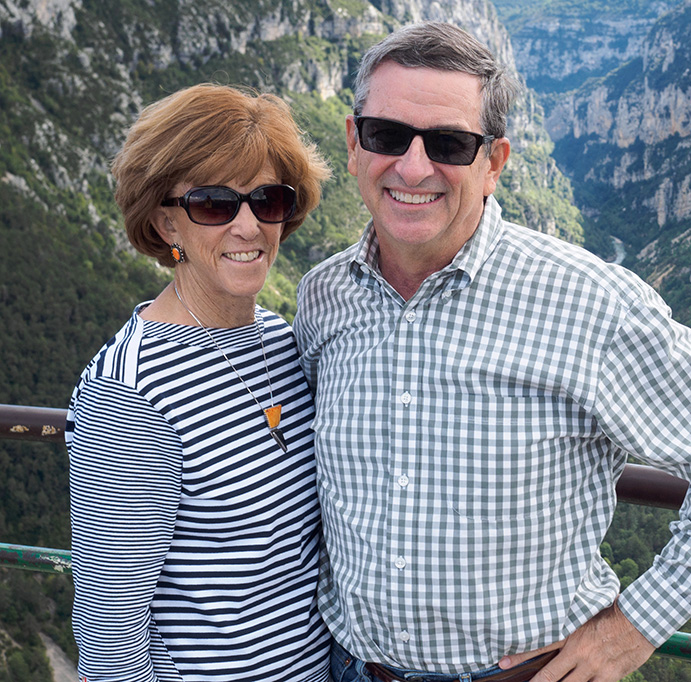 Maryellen and Mike Ferring at Some Exotic Location