April 8, 2019 In Board of Directors, Member Interest By Mike Ferring

Every three-to-four years we’ve been updating the AYC Bylaws to clarify, simplify, and update the document that governs how the club is run. Time to to it again.

On your election ballot this year are various non-controversial changes to the bylaws, including these changes:

Here’s a copy of the mark-up version of the changes for your review.

The changes were proposed by Junior Staff Commodore Mike Ferring. Commodore Rob Gibbs convened a review committee composed of himself, Emory Heisler, John Mayall, Mike Yarnell, Mike Ferring and Will Zornik, which agreed to the final version. The AYC Board then approved the changes and voted to put them on the ballot. 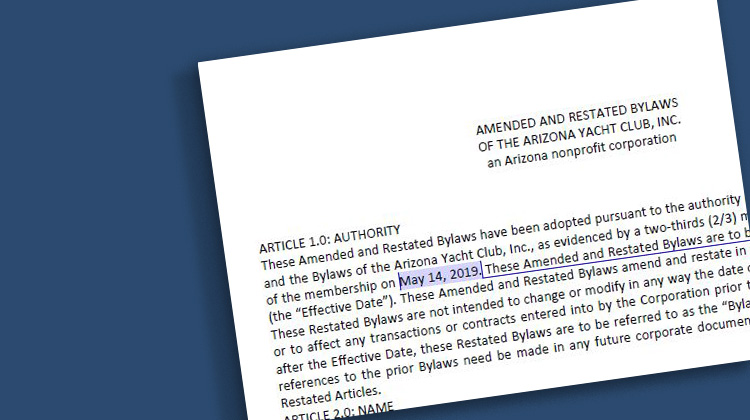 Changes to the AYC Bylaws are on the ballot this year.