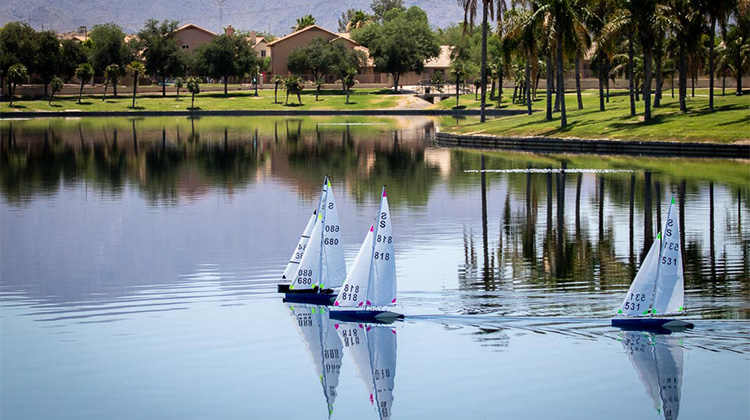 Sailing Made to Scale 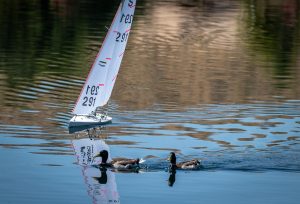 Here’s a problem we don’t often have on full-size boats. Photo: Mike Ferring

Is a Mallard on starboard an obstruction? Good thing the ducks on Estrella South Lake know how to paddle out of the way of fast-closing serious racers, close-hauled and chasing toward the windward mark.

The wind was light on this Saturday morning when a dozen SeaWind radio-controlled boats lined up for the start at a regatta presented by the West Valley R/C Mariners. In spite of the light stuff, the boats moved quite well on a w/l course roughly 40 yards long. 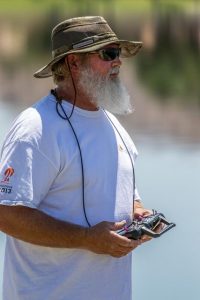 On the shore, the dozen sailors and a couple race officers shuffled to keep pace with the boats and expertly trim sails and steer from a distance—a job made especially difficult with shifting wisps of breeze. No one spoke (or shouted at his crew). It felt like a tense championship tennis match.

Four of those sailors were AYC members: Al Lehman and Al Junior, Dave Nowak, and Dean Johnson (who recently joined AYC and races an Andrews Governor’s Cup 21 in PHRF Spin).

Dean says he’s been RC racing a decade or more and he’s an RC winner. Al Jr told us he picked up the hobby about 1½ years ago and loves it. As you probably know, Al is a champion sailor in full-size boats and has adapted quickly to RC. He said he finished third in the national championships in Sacramento last year.

Al and Al Jr are attracted to how easy it is to go sailing with RC: it’s cheap, takes no time to rig, and you can sail in the nearest pond. “Under $100 for sails,” Al Jr smiles. Try that with your big boat.

They explain that the one-meter SeaWind is just one of a number of RC boats being raced and point to the DragonFlite 95 as an easy-entry, up-and-coming class. Here’s more.

At the end of the day, Al Jr had won the regatta with Dean Johnson in second.

Jed Korthals reported to the racers that, “In race ten the windward mark mysteriously moved closer to the offset mark. It turns out that a fairly large turtle, with its foot caught on a fish hook and line, had entangled the windward mark. We were able to reel it in, free the turtle from its trapped leg, and reset the mark. Everyone, especially the turtle, seemed happy.” 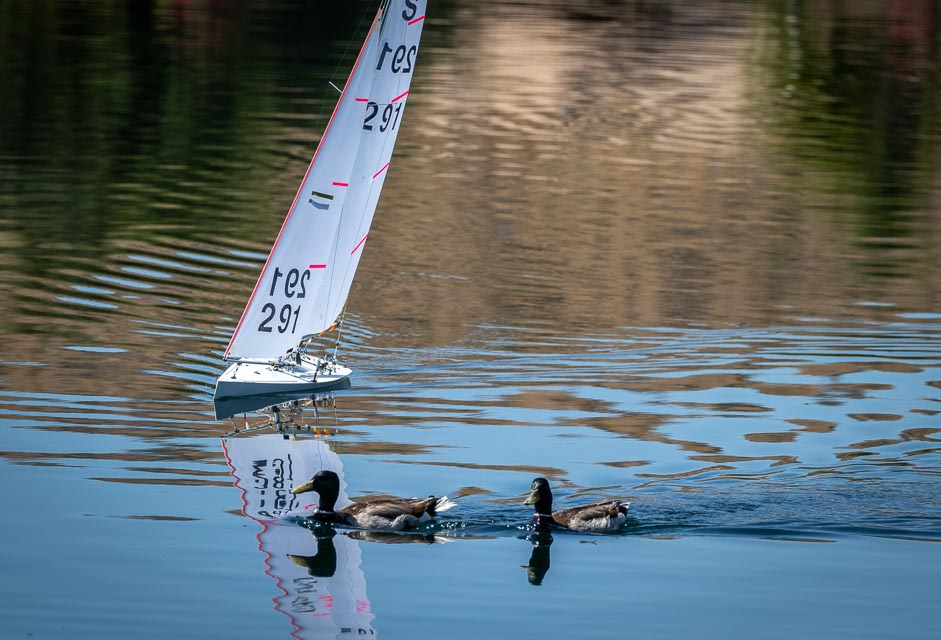 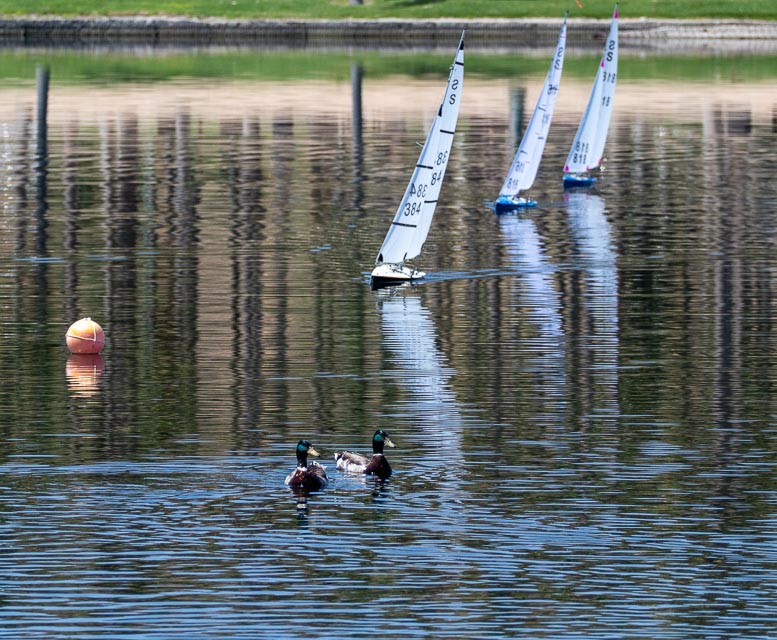 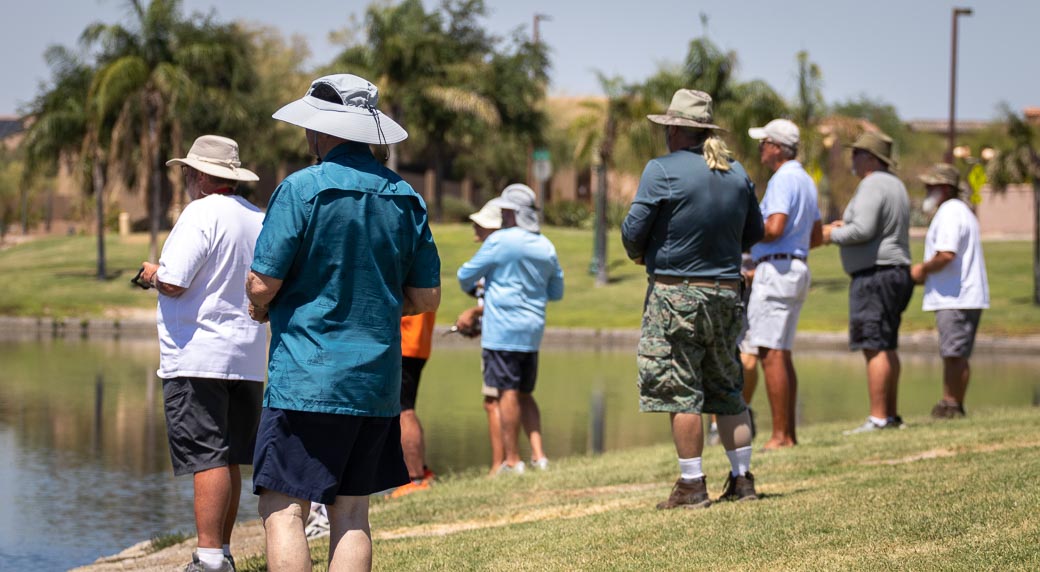 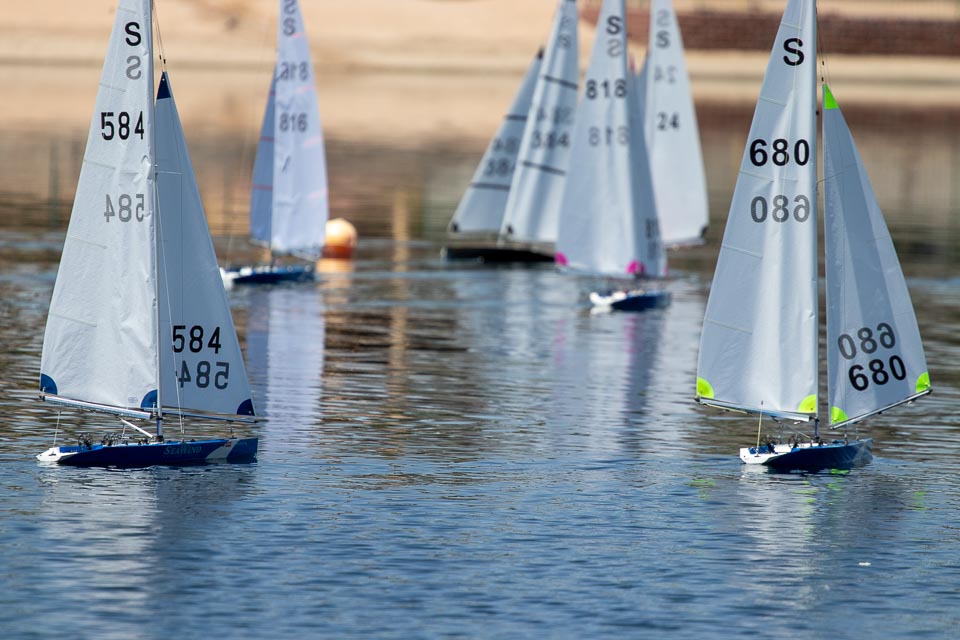 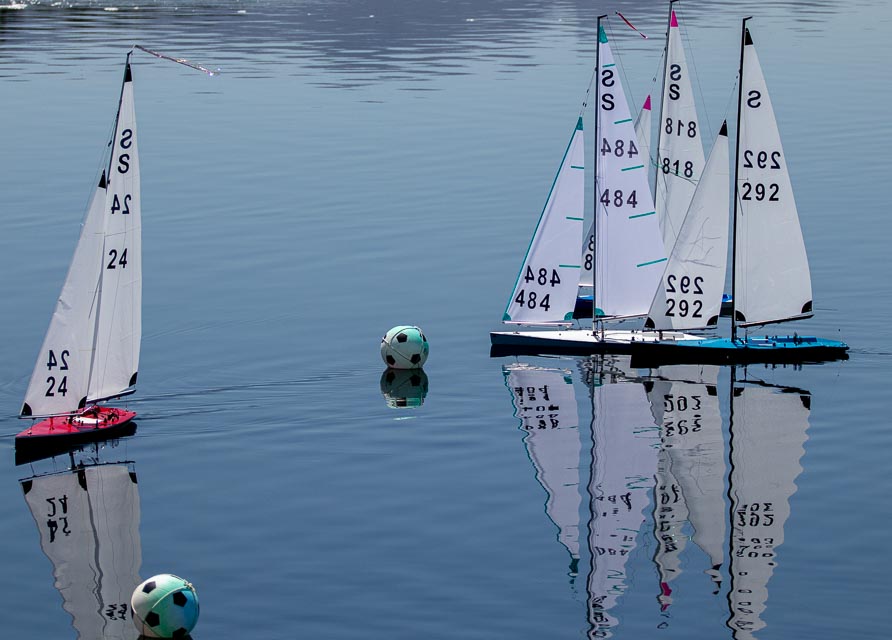 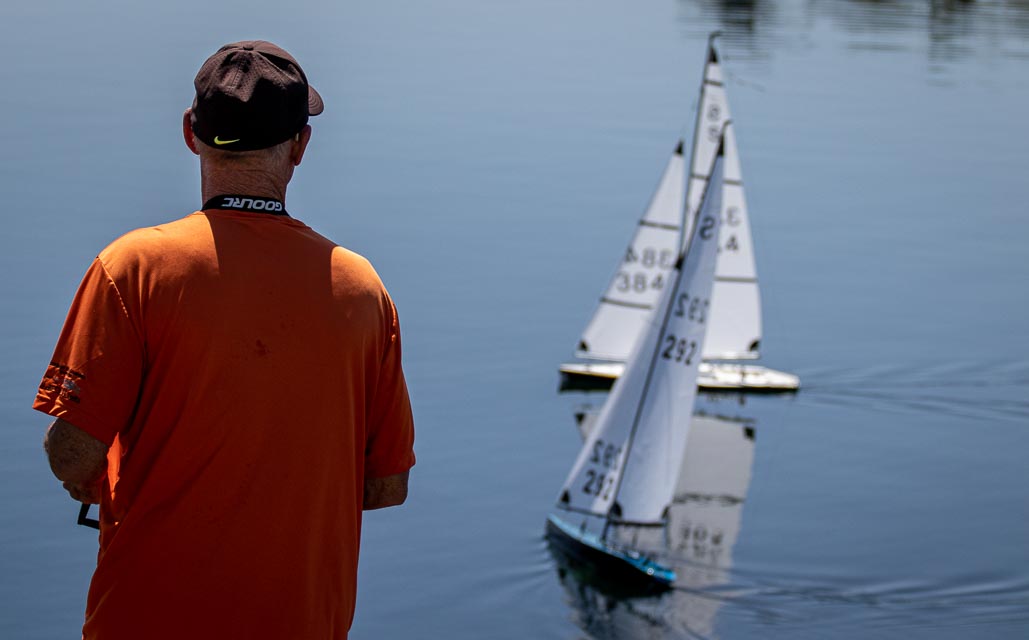 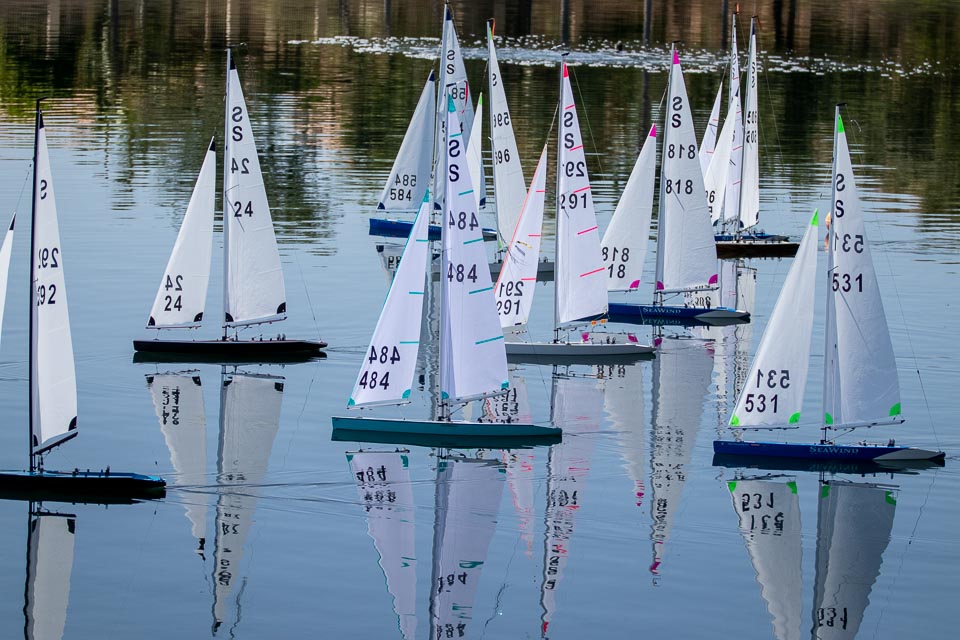 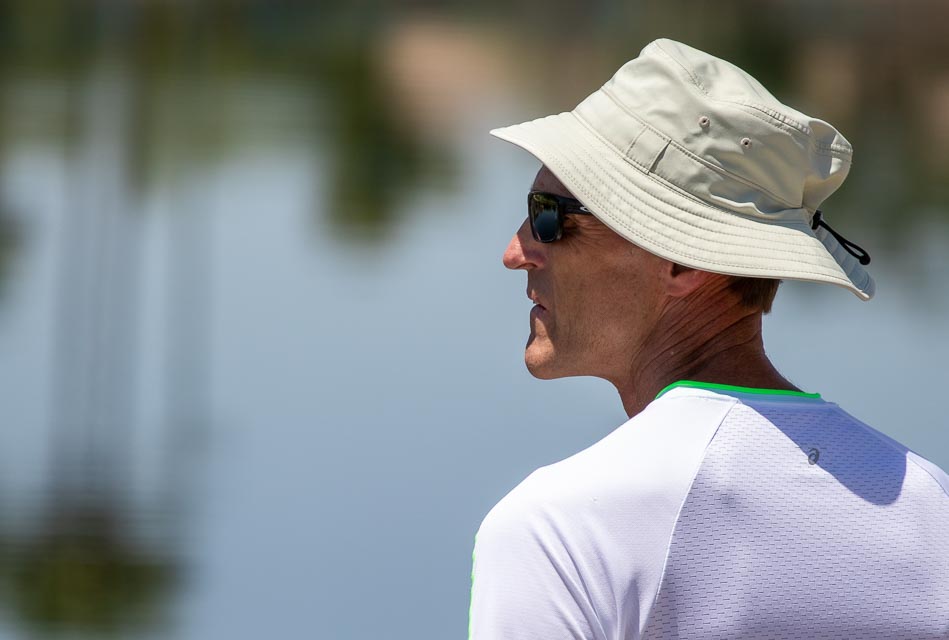 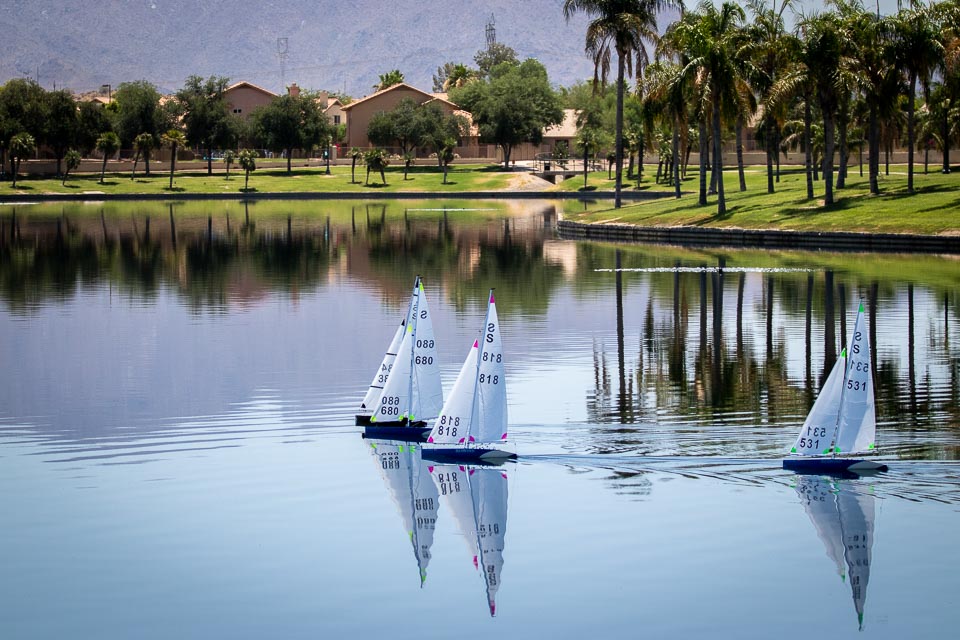 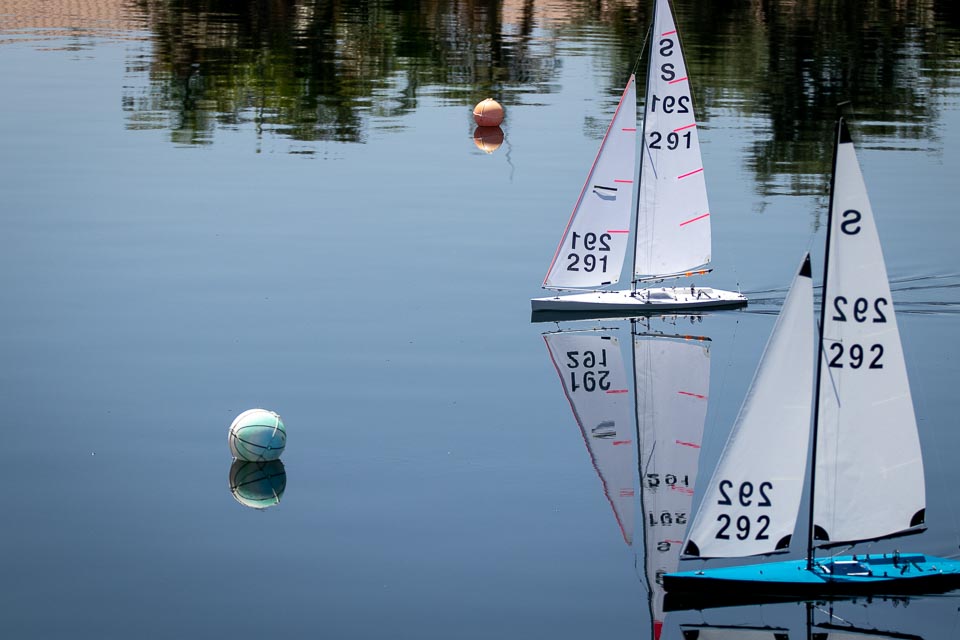 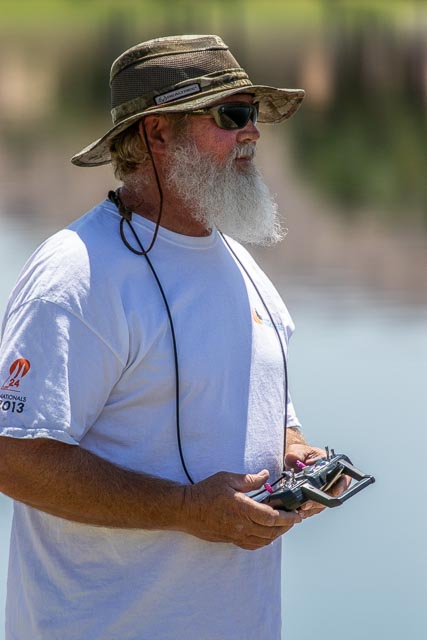 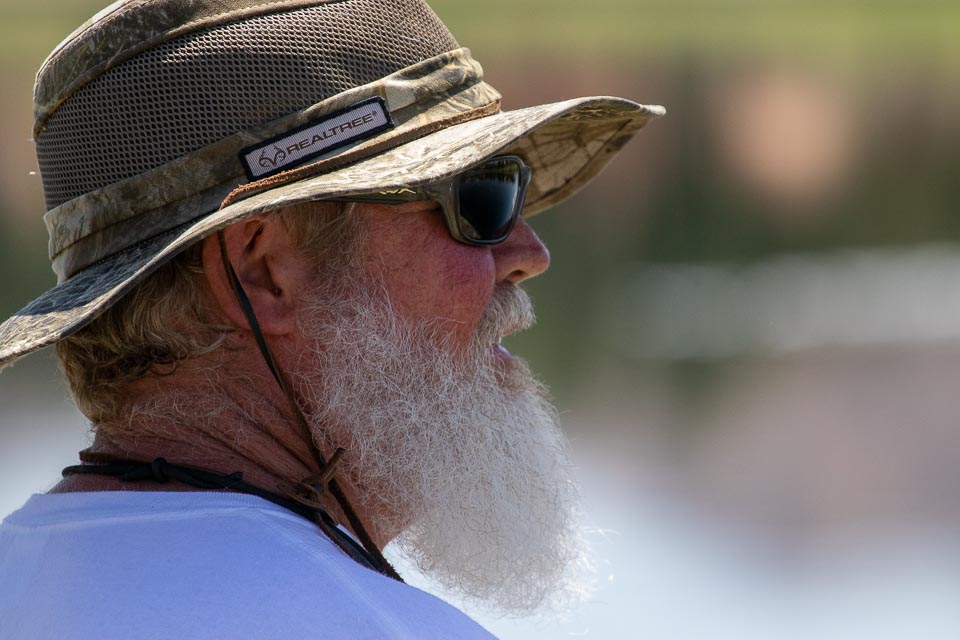 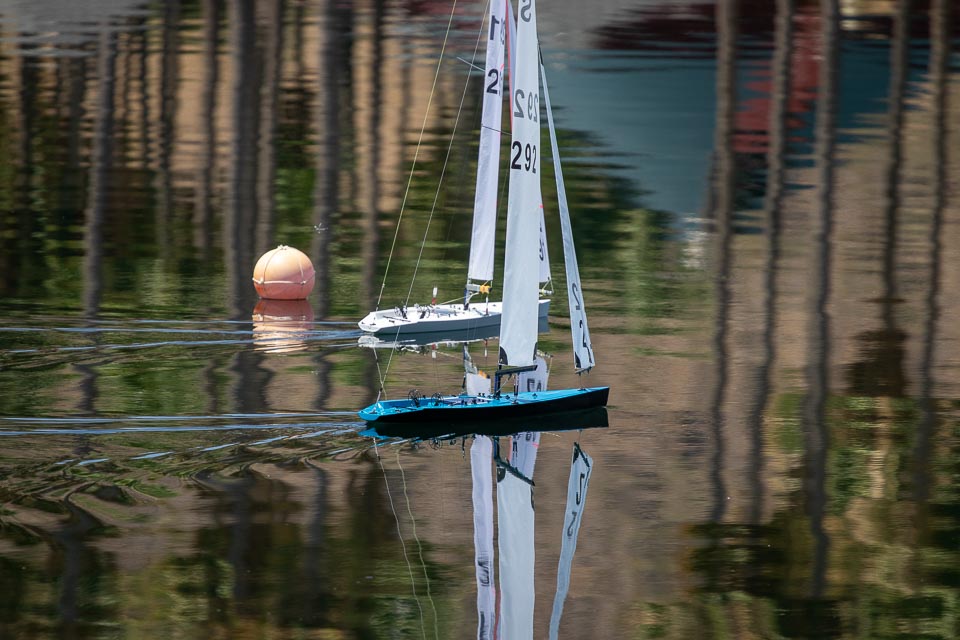 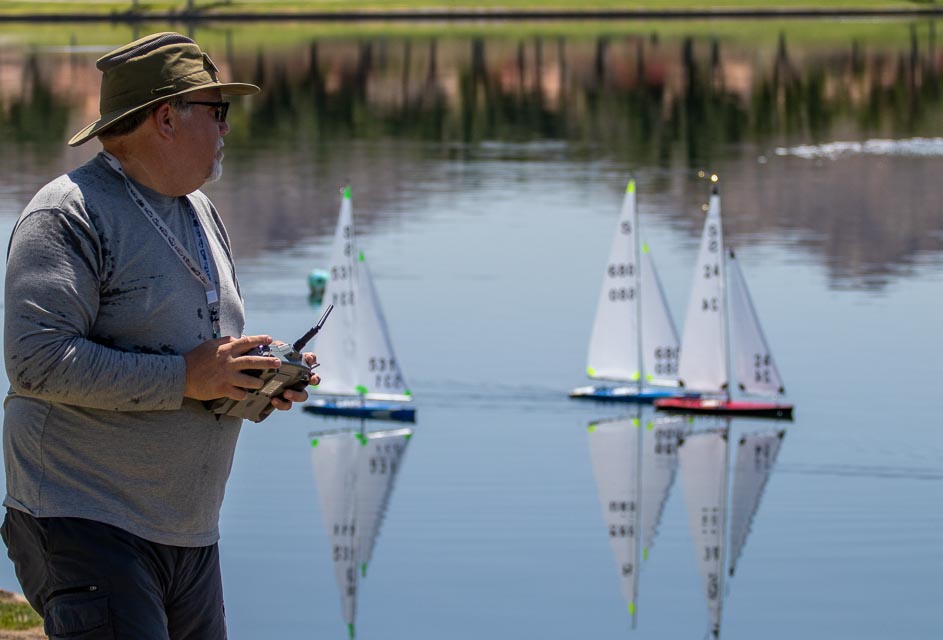 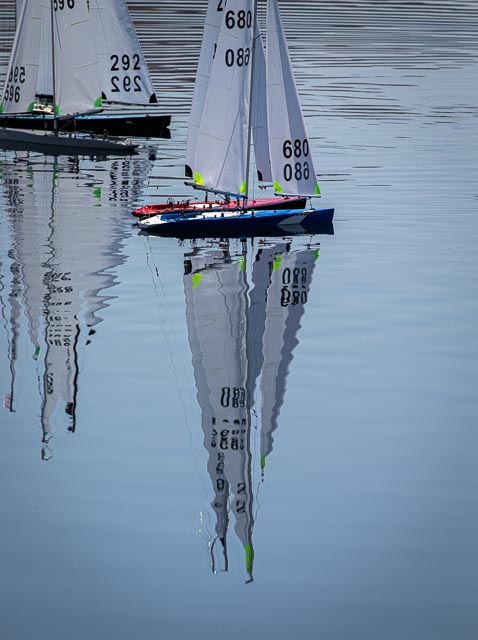