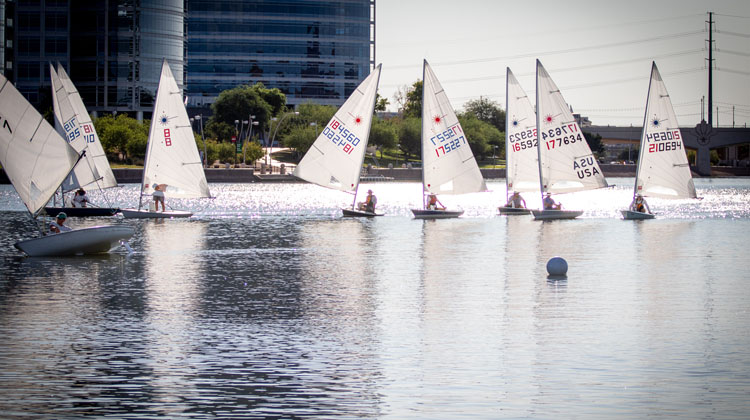 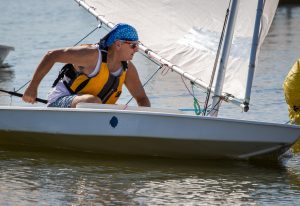 That’s the gentle way to describe the generally breeze-less race day (9/15). It didn’t prevent a dozen Lasers, a few Sunfish, Clay Poulson (his own fleet of one Portsmouth) and the Juniors from testing whether they could still move. They did it enough to lay down a few races.

Results? Here they are and here’s that story.

When Dave Christensen retired from race scoring in the spring, Mark Howell bravely volunteered to score both lakes until the club could come up with another answer. Fleet Captain Scott Richards recruited Joel Hurley to score, evaluated various computer scoring programs, and has settled on Sailwave to replace our existing software (which is quite complicated).

The goal is to post results quickly after race days, ideally the same day as the races. Here is the results page. 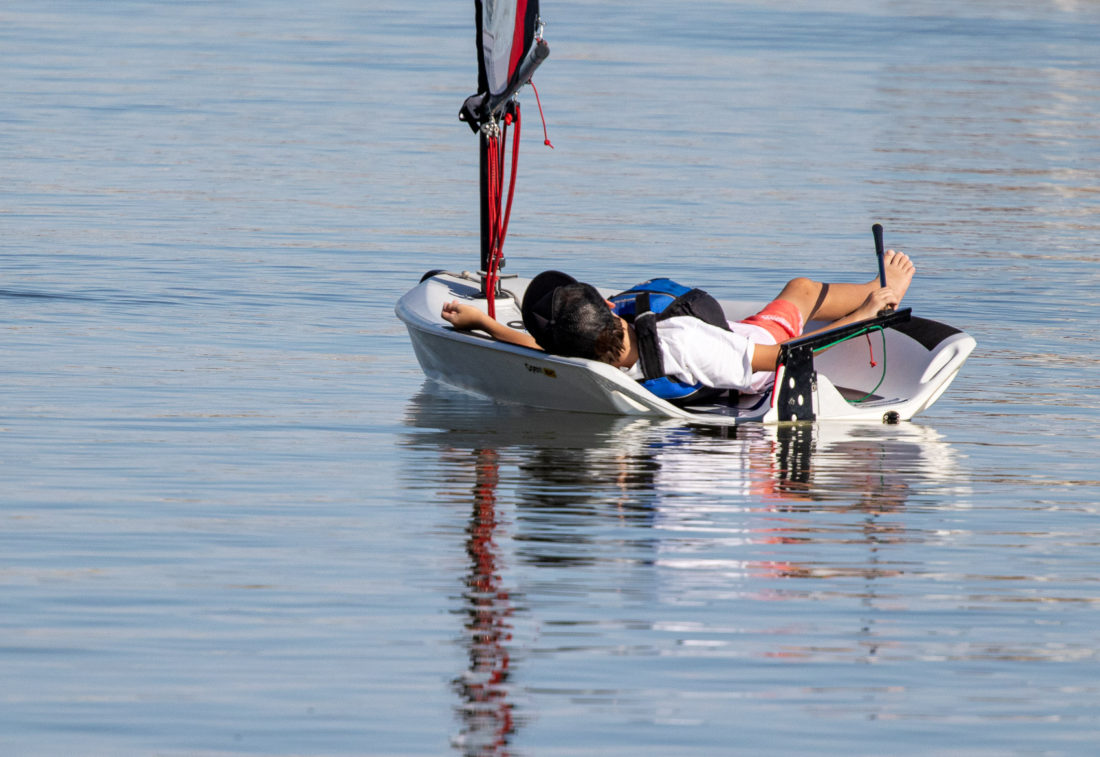 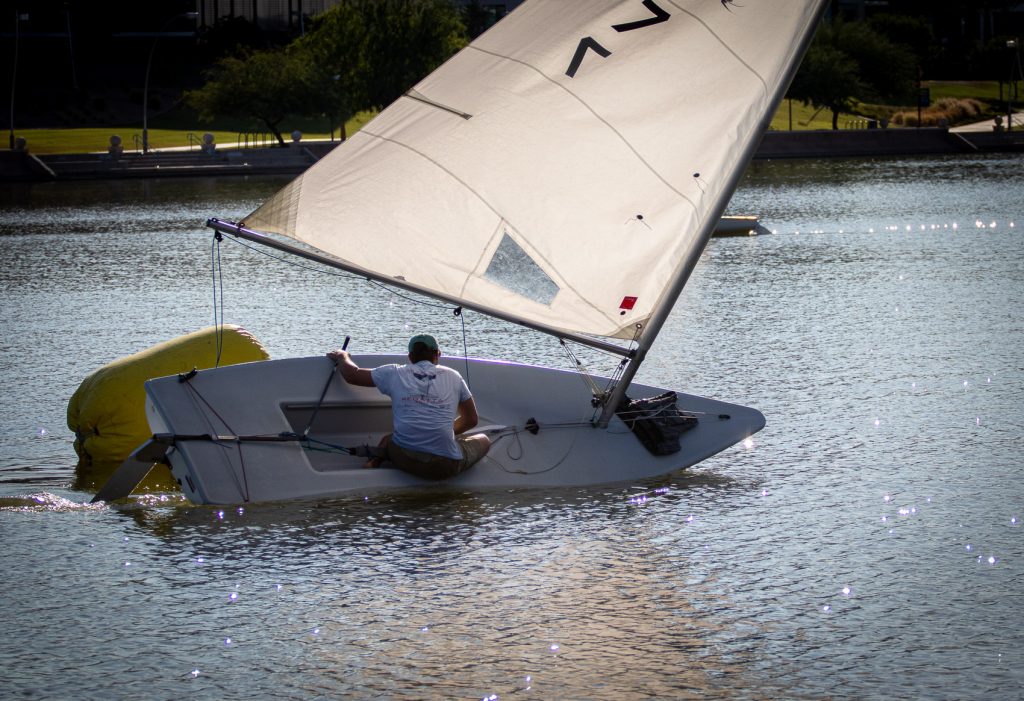 Joel Hurley winds up for a roll tack at the mark. Photo: Mike Ferring 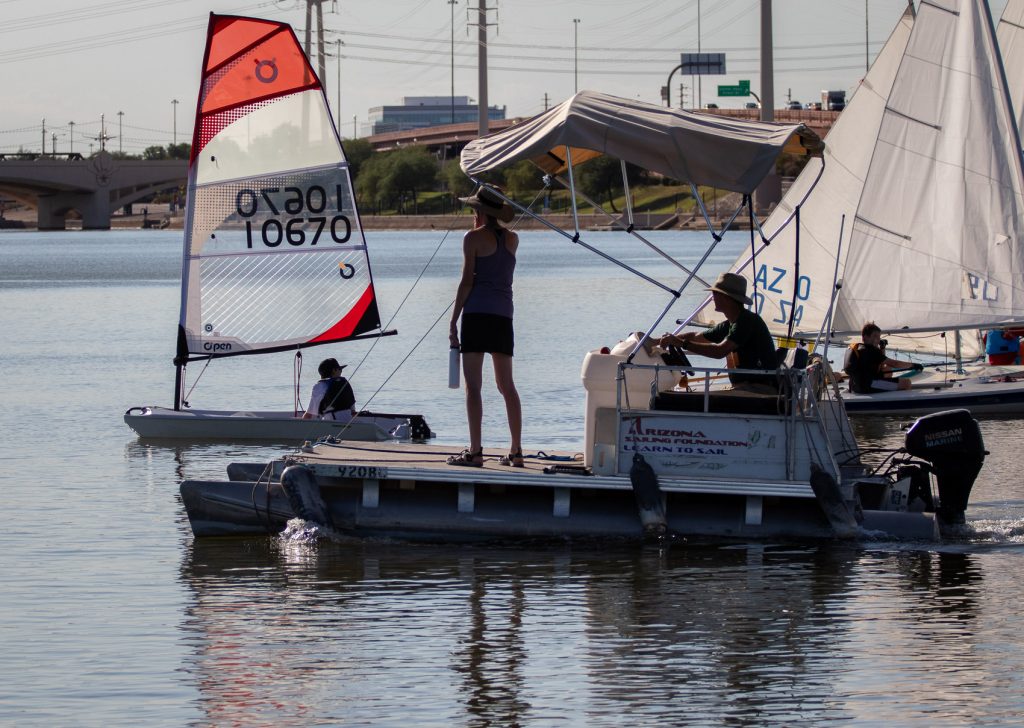 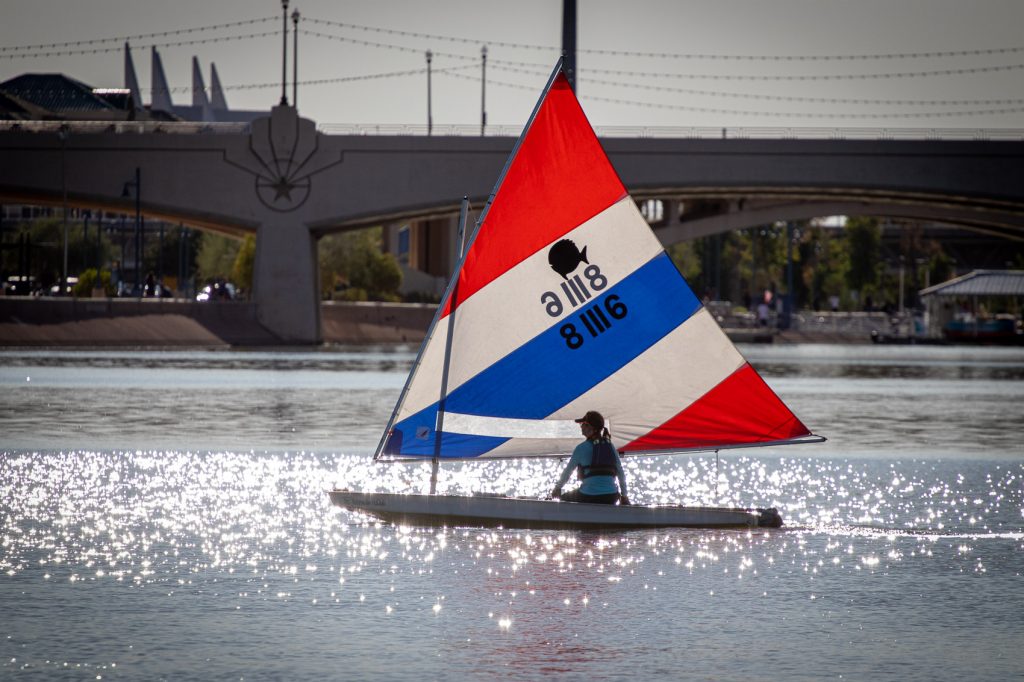 Lori Aoki’s Sunfish in the sparkles of a Sunday afternoon. Photo: Mike Ferring