Wind conditions for Sunday’s races (10/13) were less than favorable on an otherwise beautiful Sunday afternoon.

Sailors relied on their light-air tactics for much of the day while contending with periods of no wind, very light wind, 180-degree wind shifts, and the occasional, and all-too-brief, periods of 7 kt winds, which moved the fleets along nicely. The Lasers and C-14s eked out three races, and the Juniors and Portsmouth fleets each ran two races. At times, entire fleets drifted slowly backwards, and at other times, the wind was up enough that boats closed to the marks at speed.

The new Sunfish Fleet took its first ever turn on race committee, supporting a decent turnout of 20 boats across four fleets.  Eleven Lasers were on the line, with Rob Gibbs, Joel Hurley, and George Sheller each taking first place wins in three heats, and otherwise finishing somewhere in the top three in most races. David Newland and Paul Miachika also each notched 3rd place finishes.

Five Capri 14.2s faced-off in three races, with Team Ferring scoring a pair of first place finishes, and Team Henning taking the honors in the last race.  And it’s always fun to watch the Juniors race. Colin Gibbs, Ethan Wei, and Ryan Zornik campaigned their Bics for two races, with Colin and Ryan each taking a first place win.

The Portsmouth Fleet was thin with just one boat on the lake. Craig Taylor raced his Butterfly against himself for two races, handily winning both heats against tough competition!

All in all, a decent Sunday afternoon on Tempe Town Lake despite the weak winds. 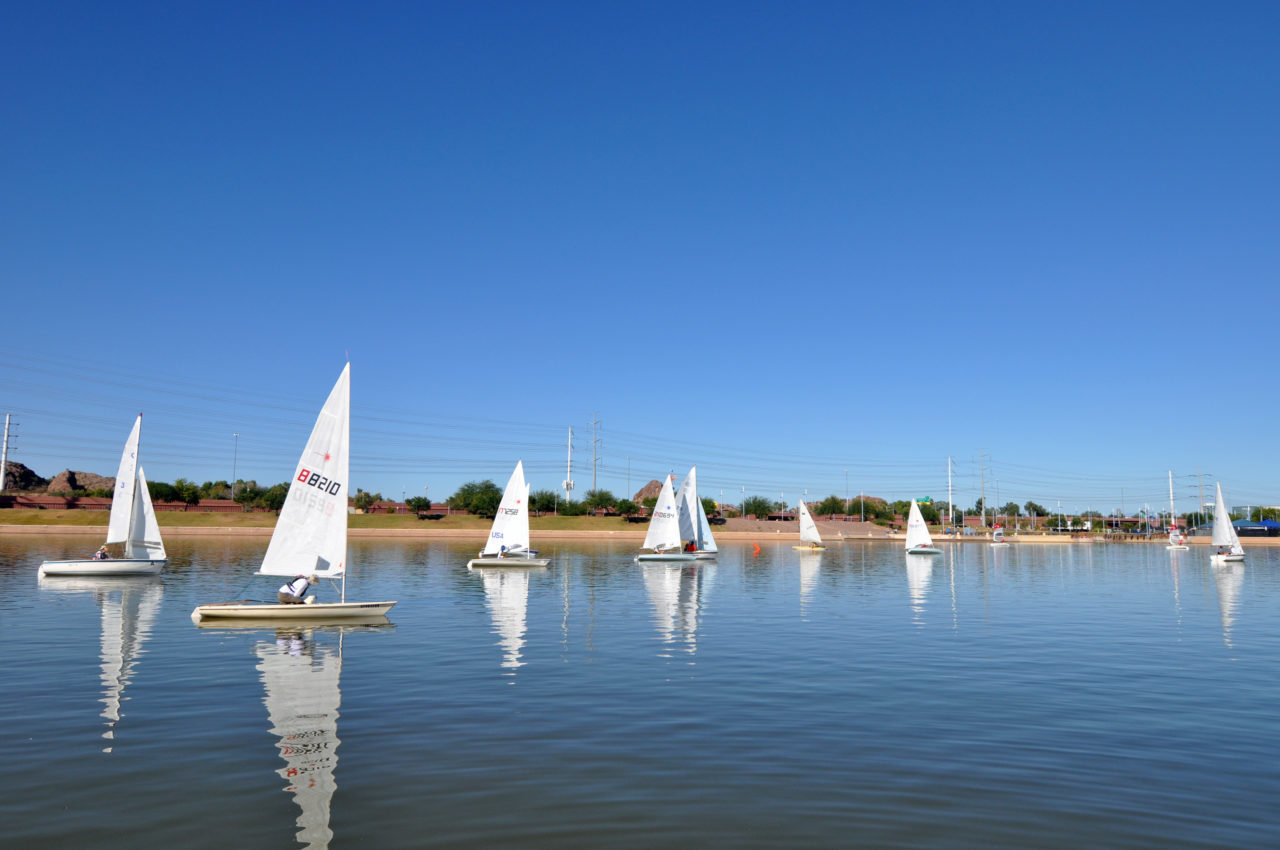 Move along folks. Nothing to see here. NO air. Photo by Rajesh Jha 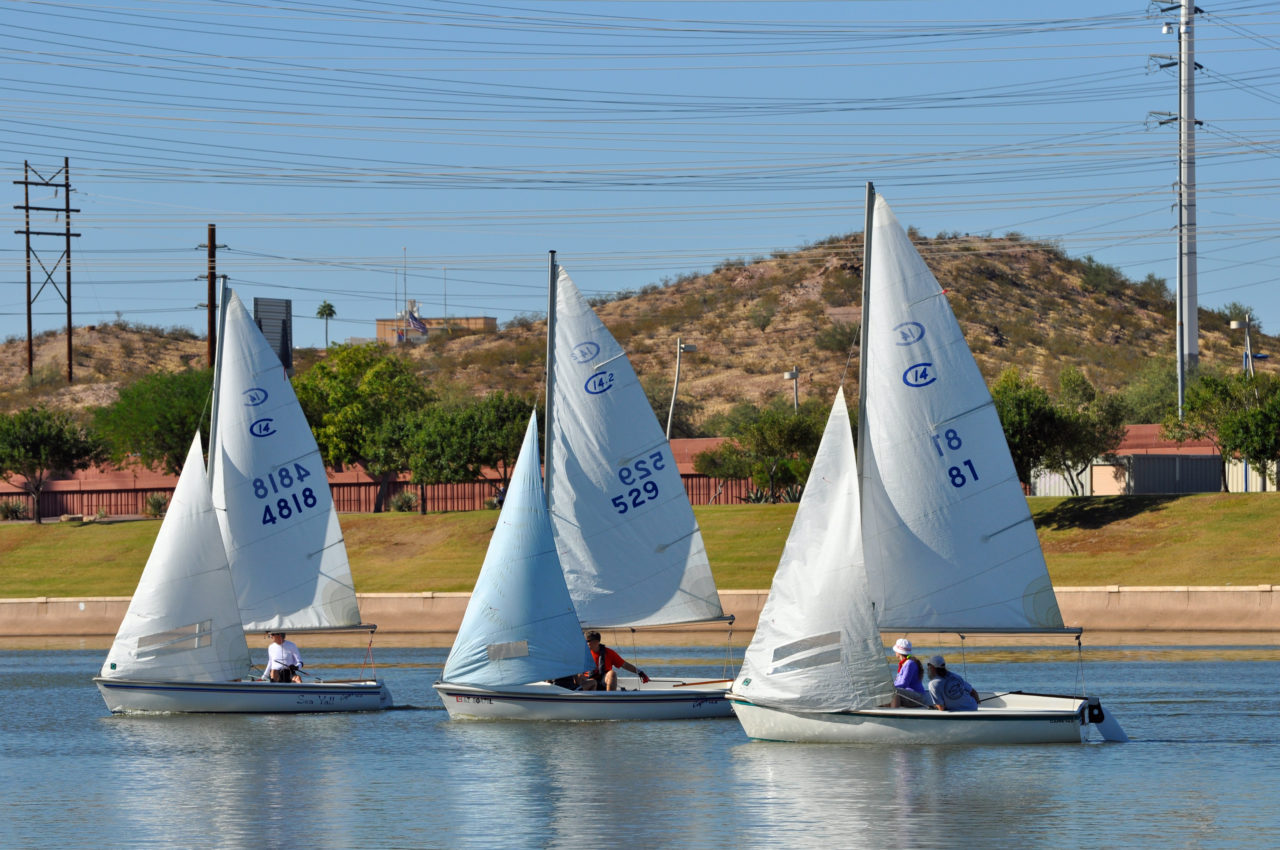