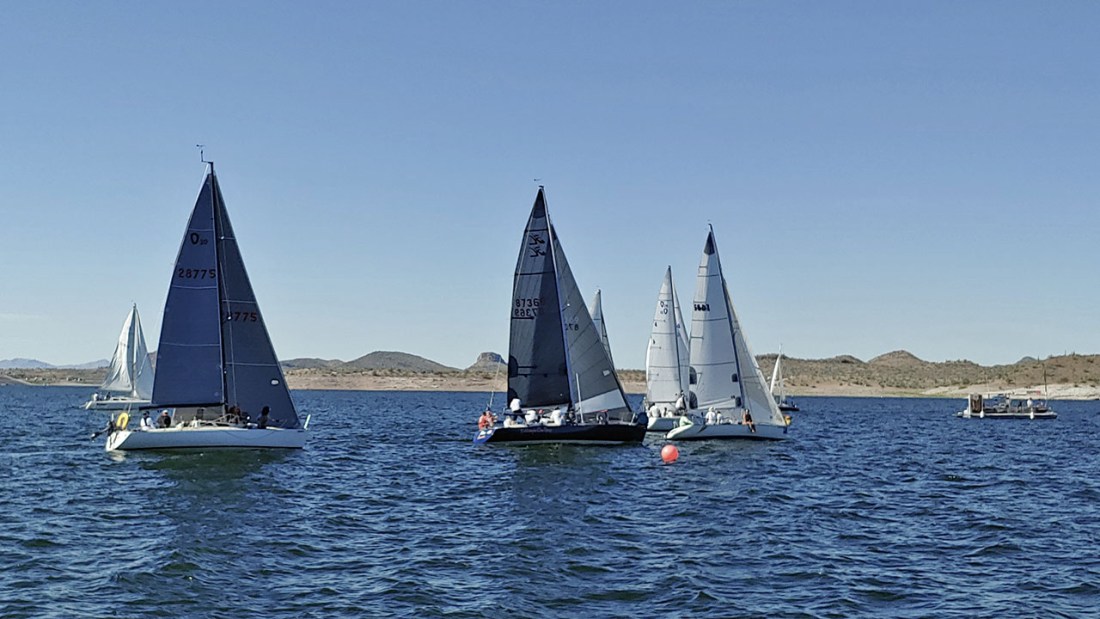 And how unusual is that?

On Saturday we gave some serious thought to giving up when the wind failed to show until well into the afternoon, but when it arrived we enjoyed some good racing, bouncing west-east on windward-leeward courses.

Sunday arrived with with strong north wind and let us get enough races in before going slack… and heading home.

Mike Hester on his Viper picked up where he left off in the spring, by leading the Sport Boats despite some stiff competition from Court Roberts and the Melges 24 team. Mike tested his new fiberglass repair Saturday by slamming into Laurent Dion’s Viper, but apparently avoided a return to the shop.

Yes, Joel Hurley was a clear first in Santana 20 and Rollin’ in the Deep kept rolling in Spin while Marshall Williamson in Shazam has shown huge improvement from past seasons (maybe it’s that new sail). You’ll find all the results here.

Photo above of spins headed to the start line was taken by Joel Hurley.