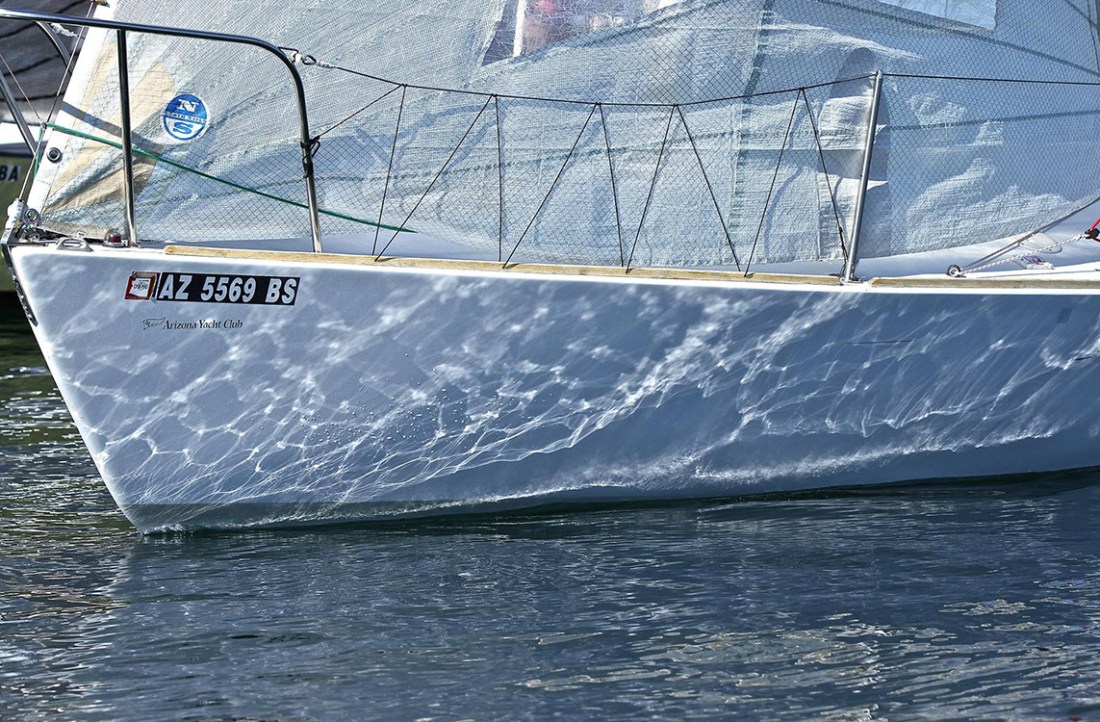 What month has the best wind at Lake Pleasant?

There’s a lot of legend and guesswork swirling in the breezes of AYC. I remember vividly listening to the argument for moving the Birthday Regatta to February, the assertion that it’s warmer then and the wind is better. Well, slightly and not really.

The State Climatologist, Dr. Nancy Selover, flashed some fascinating charts on the screen during a meeting of the Lake Pleasant Sailing Club Tuesday (10/15), summarizing data collected at the two weather reporting stations at the lake. One station is near the visitor’s center and the other on North Barker Island, one of the larger islands northeast of Horse Island (see map below). 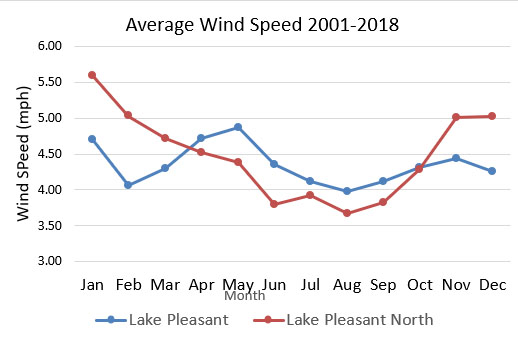 The graph shows the average wind at the two Lake Pleasant observing stations.

Of course, averages are averages and can’t capture the variations of time of day and weather fronts, but they crunch all those variables into a smooth-flowing depiction of the seasonal changes.

You want peak? I’ll give you peak! The highest wind ever recorded was 68 mph in August of 2013. One of the monsoons that clobbered the marinas in 2018 (PHM in particular) topped out at 63. 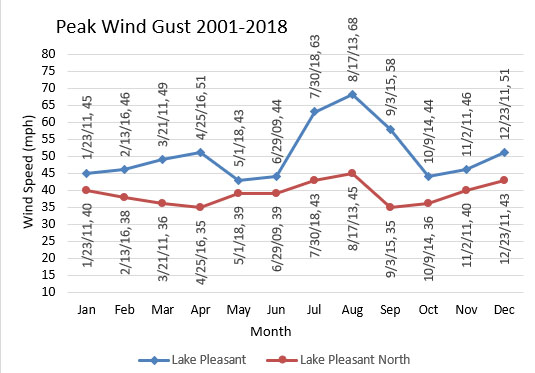 The strongest winds recorded at Lake Pleasant. The station near the visitor’s center gets stronger winds than the one at the north end of the lake.

And, true, the average temperature in February is higher than January. By 1.6 degrees. Here’s the moving average at the northern station, which is quite similar to the southern one. 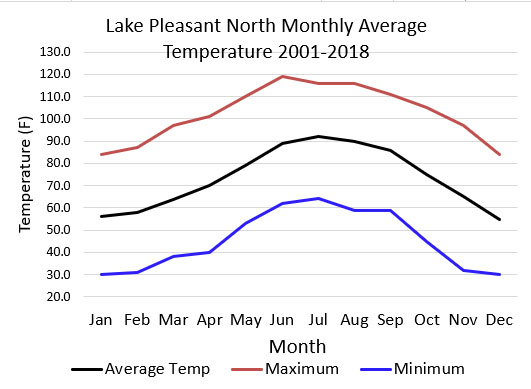 You’ll note that the nighttime temperatures at the lake are considerably lower than those in the city, which are kept higher by the heat sink effect of all that asphalt and concrete. In fact, Dr. Selover found that because of urban growth, the average low (the nighttime temperature) has jumped significantly. The difference in lows for 30-year periods (1941-1970 and 1991-2018) rose 7.1°.

Also alarming, the amount of rain and snow in Arizona and other Western states has been dropping and is expected to continue to drop—and you know how that will affect our hobby! 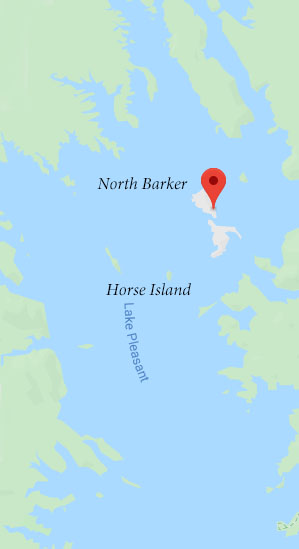 The location of the northern observation station at Lake Pleasant.