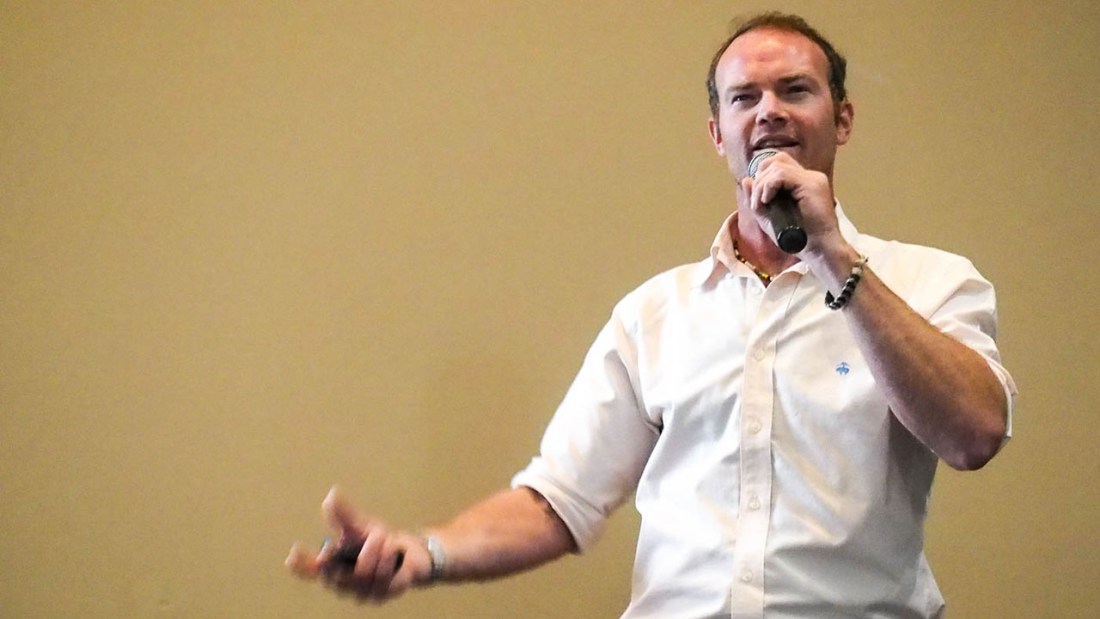 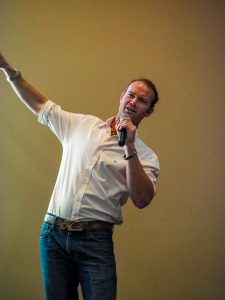 Jerome Rand got a standing ovation when he finished speaking at the AYC October monthly meeting and I don’t recall that ever happening before. But then, it was quite the story he told.

The tale really needs to begin with his 2012 trek along the Appalachian Trail, beginning to end, which he described as being even more intense than sailing around the world—constantly having to look down and concentrate for 10-12 hours a day to avoid stumbling.

After that adventure, Jerome immediately began planning for the next one, that trip around the world.

He went back to work at the Bitter End Yacht Club in the British Virgin Islands and began scheming and saving. He decided to buy a Westsail 32 full-keel boat, choosing it for its history of strength and reliability. He would sail single-handed and nonstop in this 1974 boat. He had no sponsors or backers, just his own savings and his amazing drive to explore his limits. 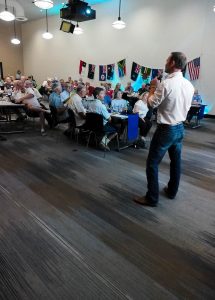 The trip took 271 days, punctuated by the terror of being knocked down, suffering hours with bare pole in a cyclone, hanging on through pitching seas in the Southern Ocean, shivering uncontrollably during weeks of freezing cold, and running out of food after making it around Cape Horn. There was the proof: pictures of a skinny sailor, down from 190 pounds to maybe 140. Fortunately, his father negotiated a food drop at the Falkland Islands that saw him through to the Caribbean.

It was his biggest mistake, he says, confusing the term “serving” on the freeze-dry package for “meal,” which it definitely wasn’t. It left him dreaming of thick, juicy hamburgers. In fact, real food and the human voice were the things he missed most about being a civilian on hard ground.

There were offsets for the risk and the suffering. Jerome showed a video of a blazing sunset panorama framed by a rich rainbow. He lay on the bow pulpit of the boat for hours watching dolphin escorts. At the meeting, he played video of huge whales swimming alongside and, yes, under his little boat, feeling as if they could toss the boat aside with the flick of a tail.

Throughout the trip, Jerome was able to shoot 170 character digital updates to his family that his mother then posted to Facebook. (They were the PG version of his trip since he didn’t want to scare Mom.) Now he’s able to bring the story to the rest of us in talks, a feature story in Sail magazine, and a book he’s hoping to publish. Judging by the reaction at AYC, this next journey should be a rewarding one. 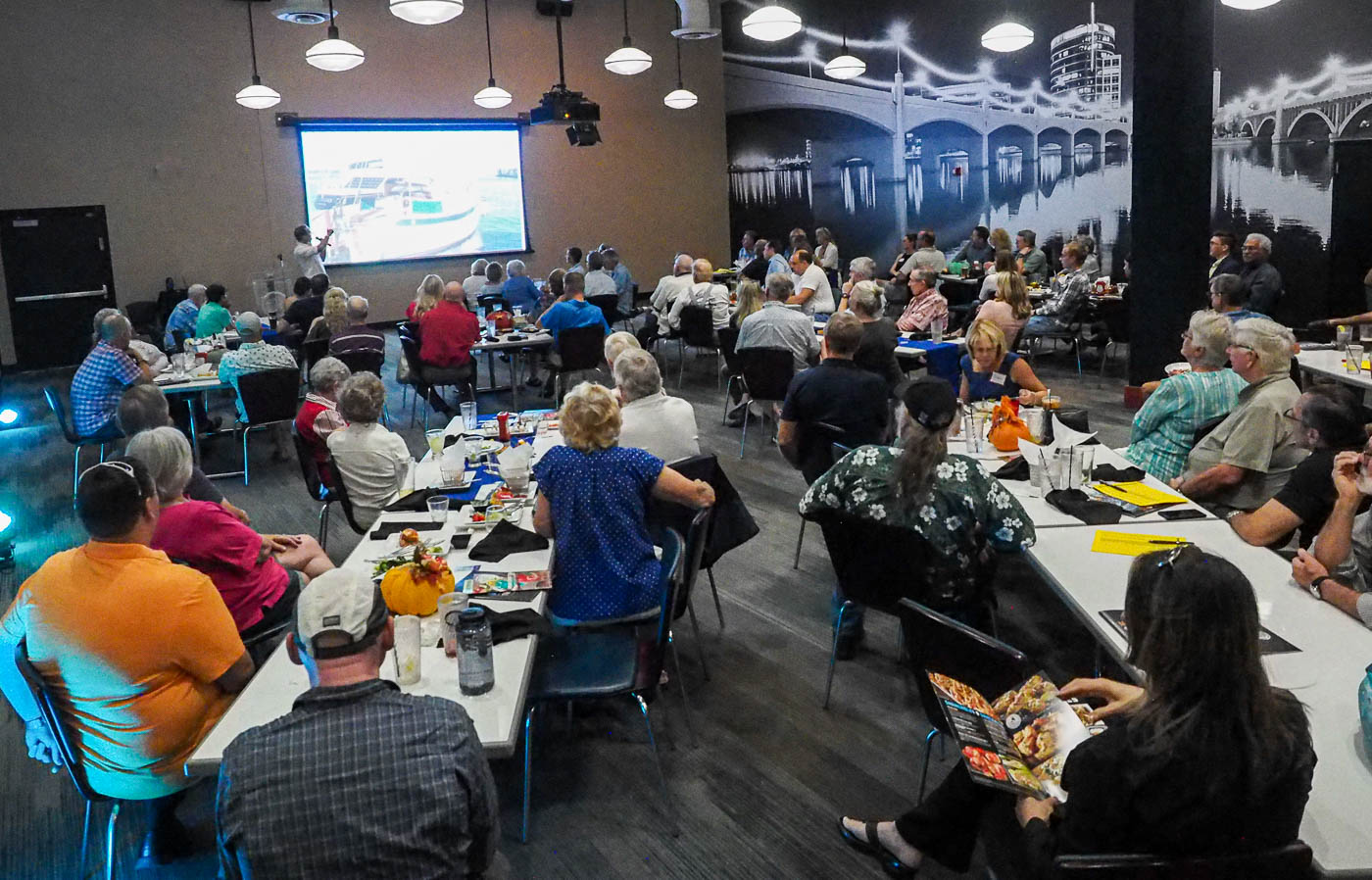 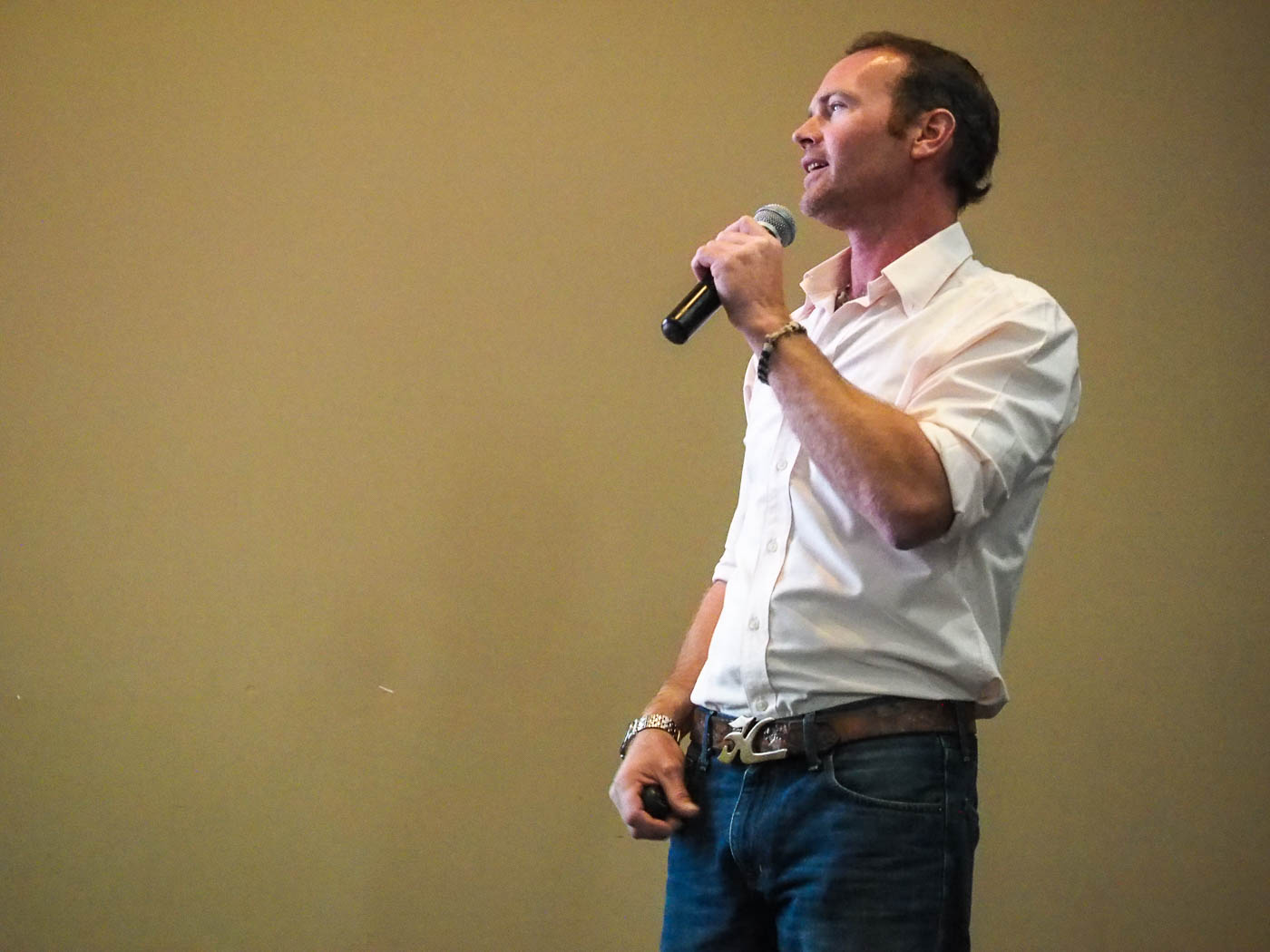 Jerome Rand entertains the AYC bunch with stories and pictures of his trip around the world. Photo: Mike Ferring 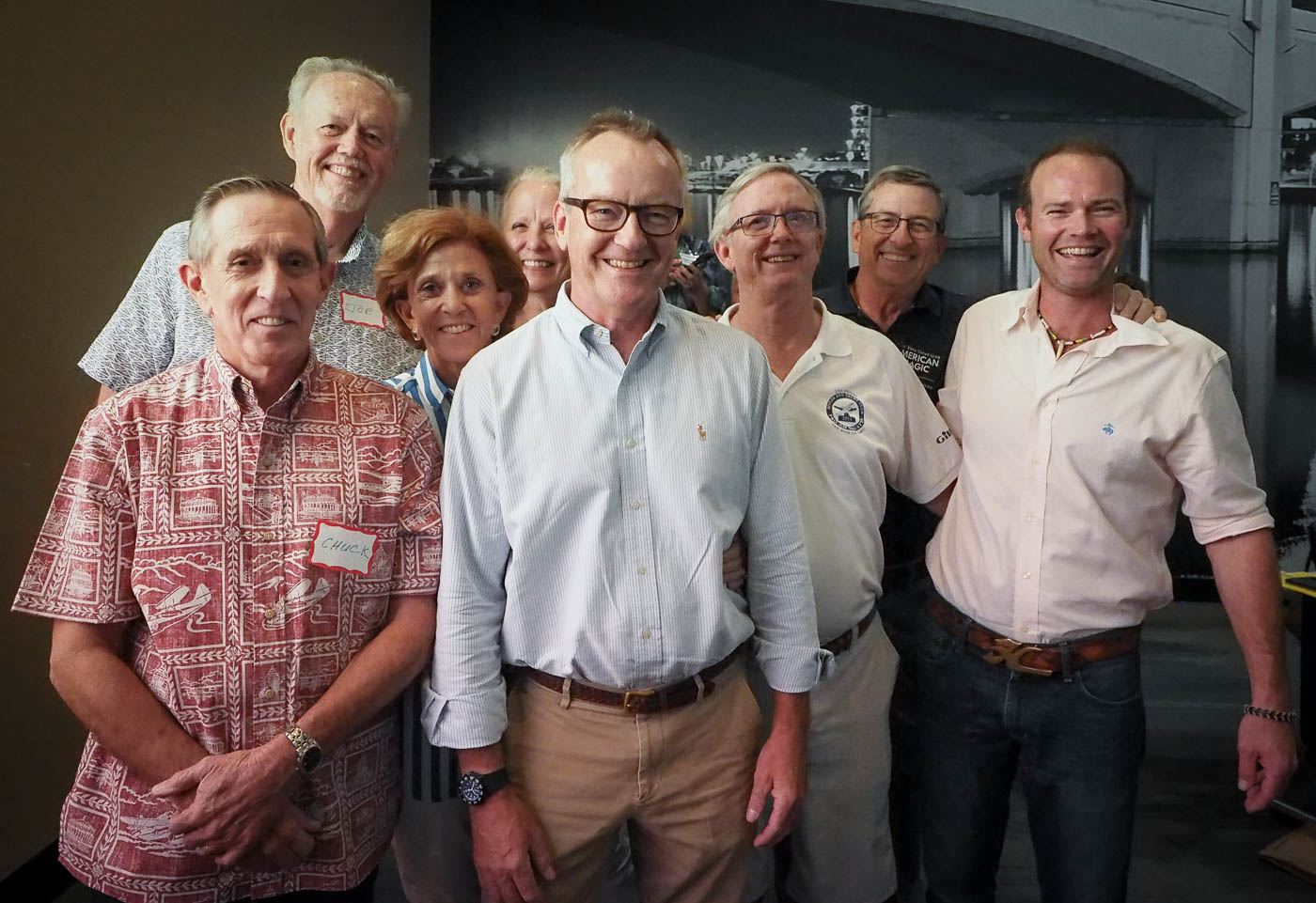