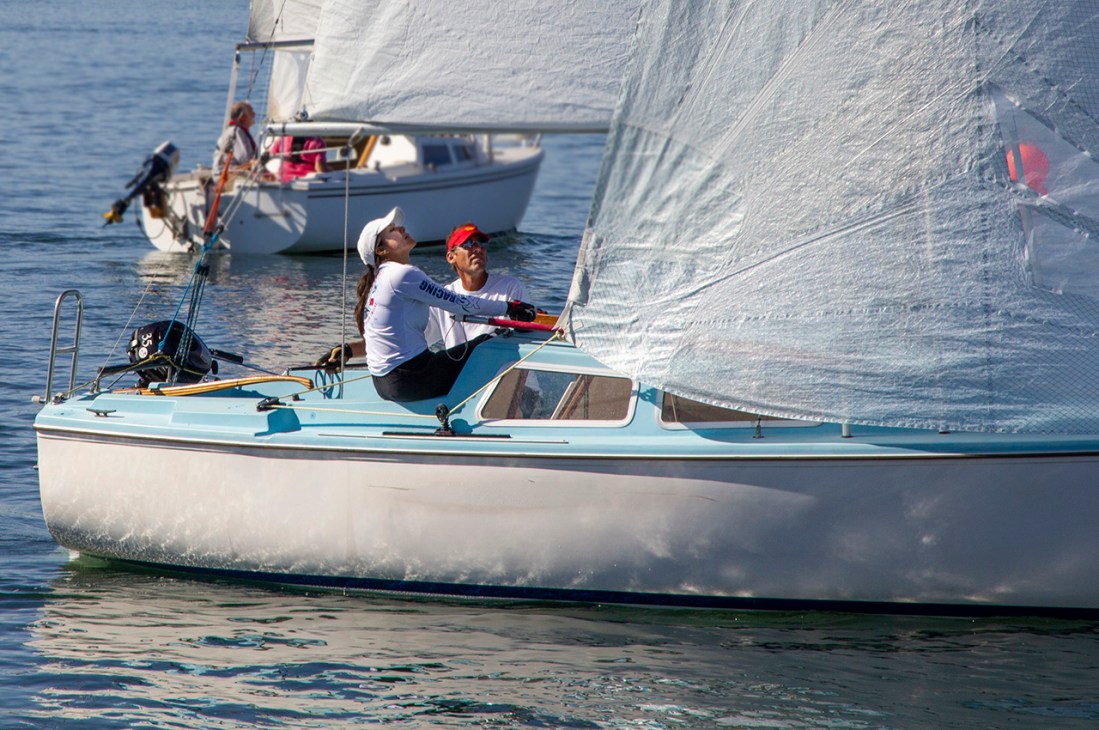 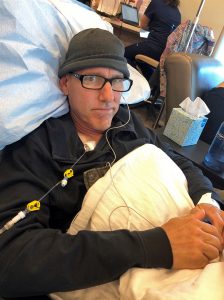 Update on Wednesday, December 4: The campaign to raise money for Steve and Christina has reached $7,000 and the Ferrings have sent a matching check for an additional $5,000, bringing the total raised to $12,000 and climbing.

In February 2018, Steve Campo was gut-punched with a devastating diagnosis: Diffused Large B Cell Lymphoma. The treatment was as difficult and expensive as you can imagine. Fortunately, Steve is a strong guy and handled the treatment. He’s just gotten the payoff for the pain: the emotional news that the cancer is gone. Time to celebrate.

The expensive part? Not gone. No celebration here. Their insurance company ducked out on them, leaving them with dizzying debt. They’re working it through and struggling to keep their business, Sarto Pools, running. But they could sure use some help and we hope their friends at the Arizona Yacht Club will chip in.

If you were at the monthly meeting Tuesday (11/12), you saw how this hit Maryellen. She and I have agreed to match your donations to the Campos through the time of the Birthday Regatta up to $5,000. Already, several people have generously contributed. Here’s how you can help:

If you’re new to AYC, you might not know Steve and Christina, so let me offer a brief introduction. Steve is a second-generation member, son of former Commodore Ron Campo. (Side note: Steve’s mother died of Leukemia.) 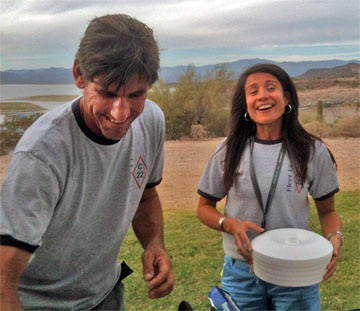 Christina served as Rear Commodore and Vice Commodore. She’s a bright, high-energy woman who writes, speaks and lives in exclamation points. For example, she set the 2014 Commodore’s Celebration in a luau and the two of them brought a mariachi band to the 2012 Opening Day.

Together they raced a Catalina 22 at Lake Pleasant and a 14.2 at Tempe Town Lake. After a long search for a fast C22 (a lighter early serial number), they not only launched their “new” boat, but were the driving force behind relaunching the fleet, which had withered at the time.

Steve is a very competitive guy, a former bike racer and coach, and we’d see them out relentlessly practicing, setting the whisker pole and working on mark roundings. They went on to win the fleet, of course, and competed in the club championship.

Then they took a huge competitive step: they got a Hobie 33 and set about to prepare it for the Transpac, the 2200-mile race to Honolulu. Part way across, the rudder failed and they had to turn back. Here’s how they described the adventure in 2015.

Steve and Christina have given us a lot of joy. Time to return the favor. 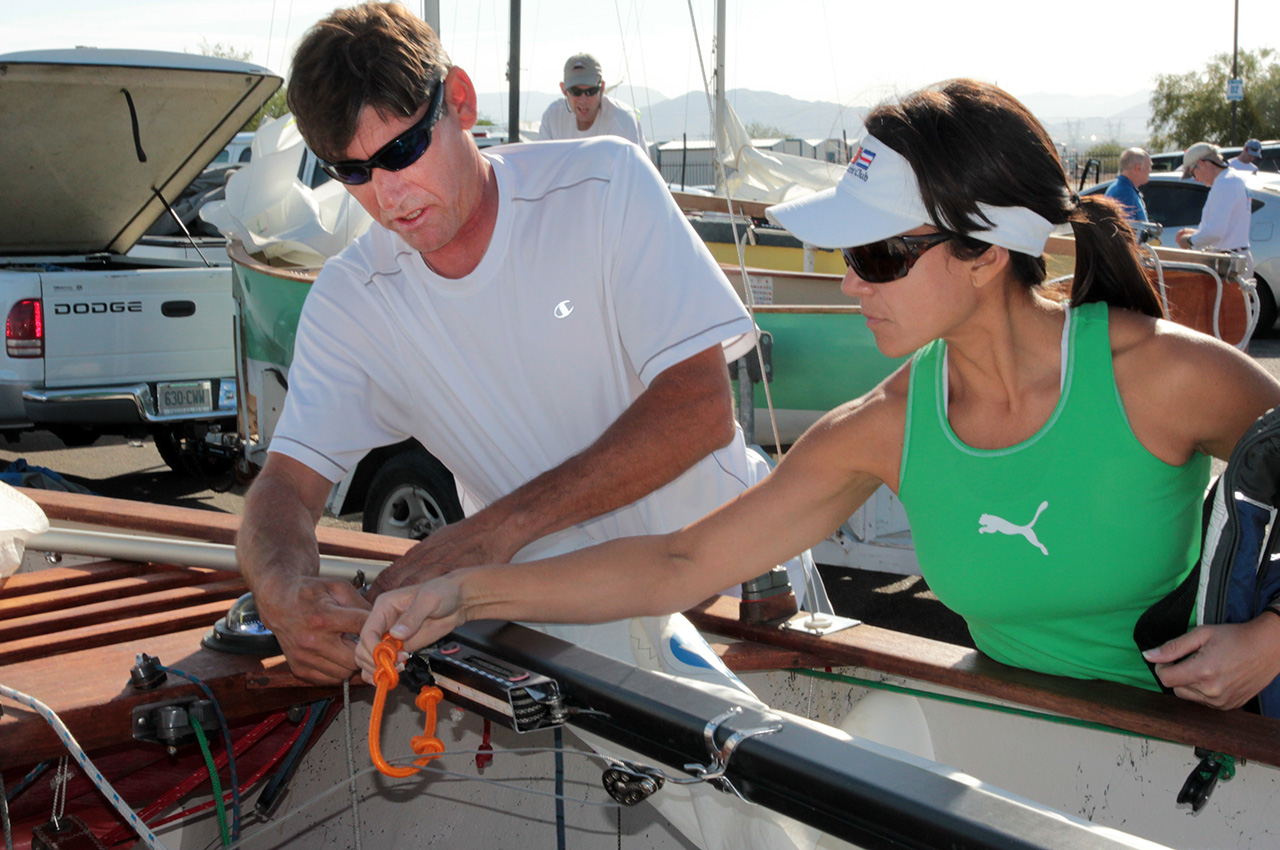 Steve and Christina rig a Thistle for the 2012 Club Championship. Photo: Mike Ferring