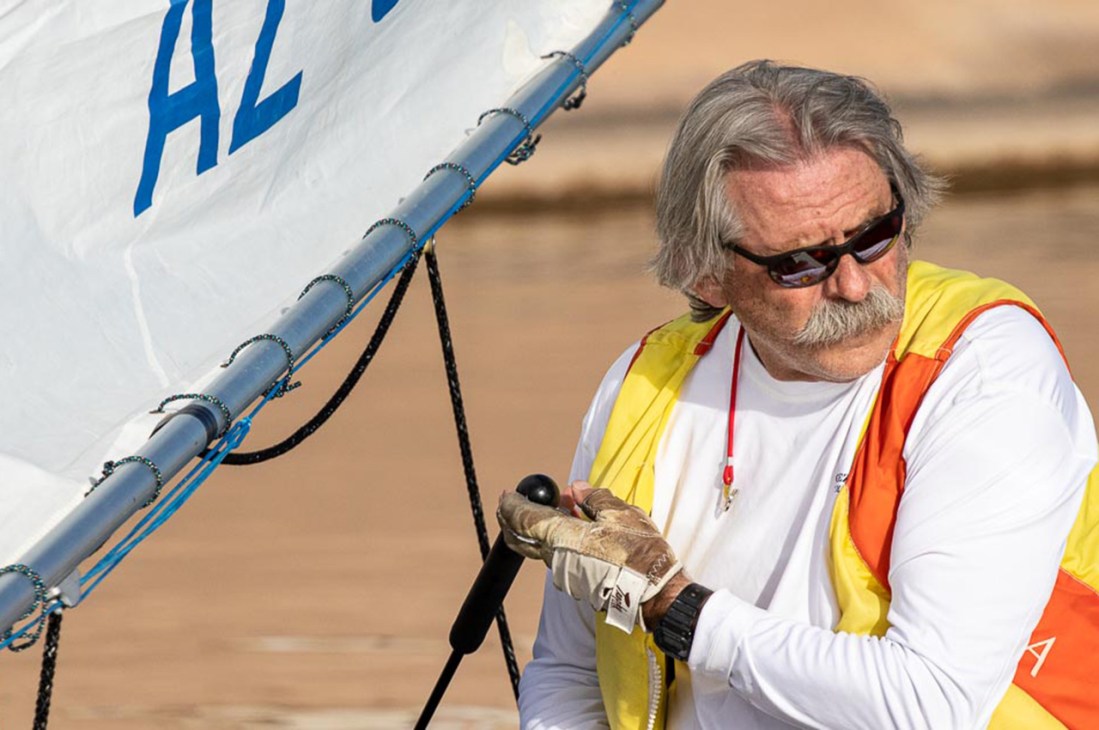 The pictures tell the story. Surprisingly patient sailors waiting for a breath of air on Tempe Town Lake (11/10). Kick back, enjoy the sun. Don’t move or you’ll yank the laminar flow from the drooping sails. 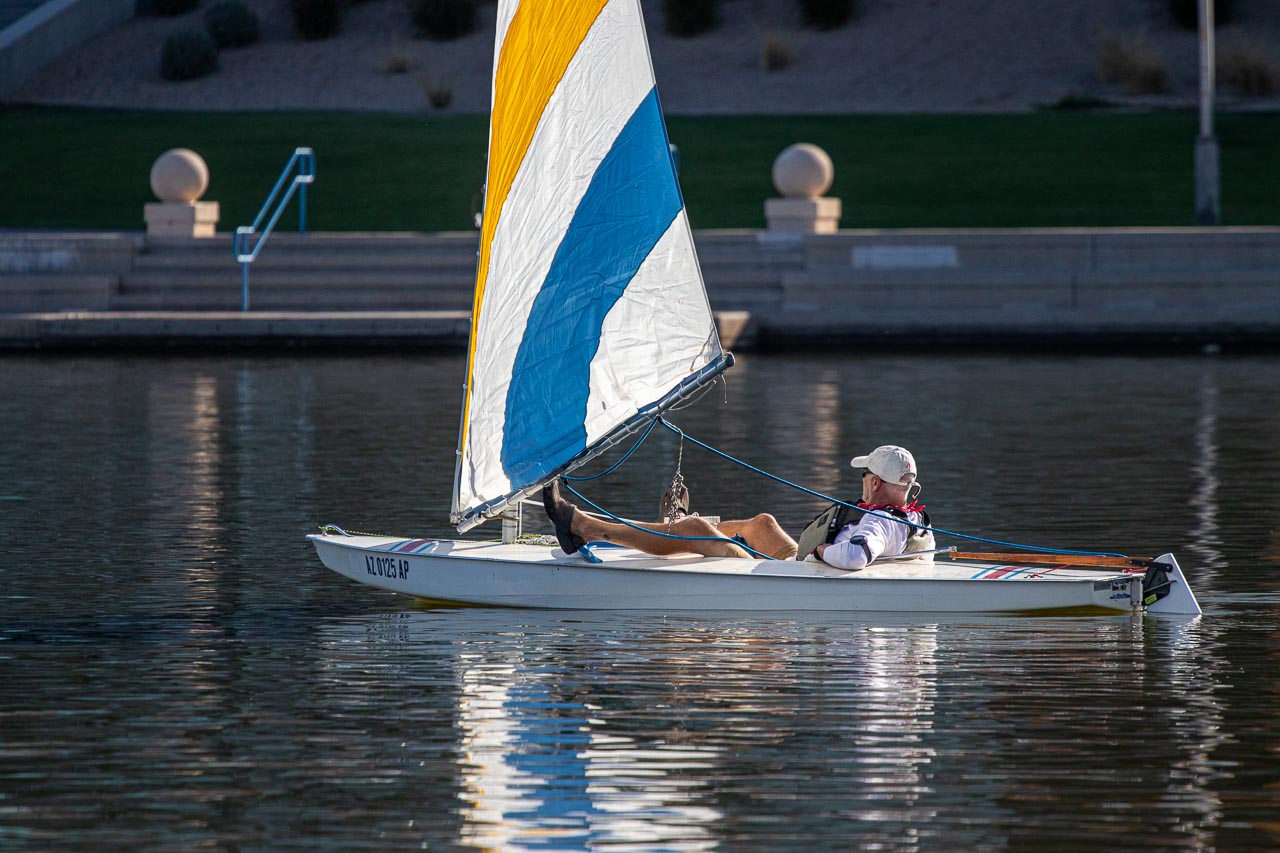 Emory Heisler tries out a Sunfish in the reclining position. It was that kind of day. Photo: Mike Ferring

Seven Sunfish were out, decorating the water with colorful reflections. Longtime Sunfish sailor Gary Oberbeck showed the others the way around the lake, as he has all fall (you know he’s doing well when his 20% discards included first-place finishes).

Paul Miachika and Will Zornik headed the Lasers, with Paul winning two races and Will one. The Bic kids showed more sense than the adults: they went in early. 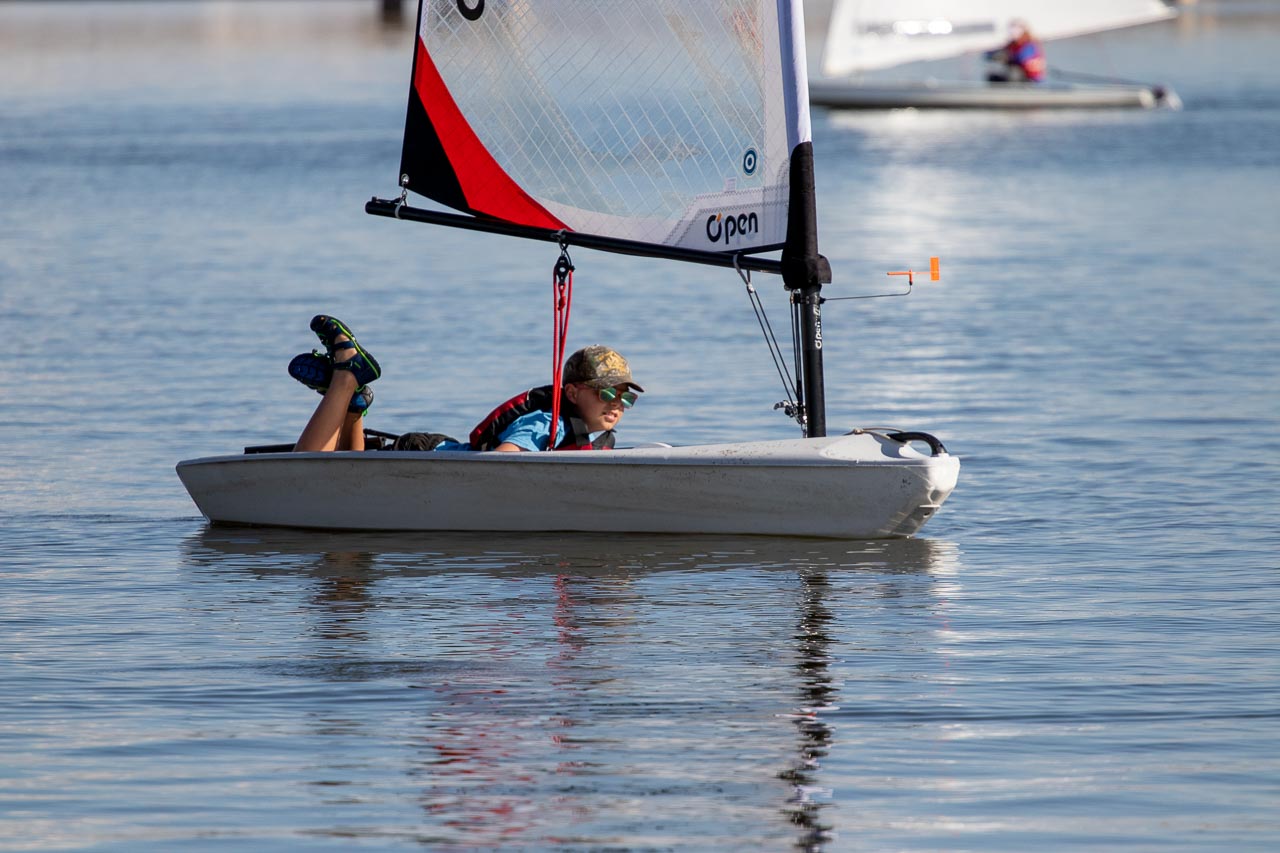 Concentration on a light-air day. The kids had it figured out. Photo: Mike Ferring

The C14 fleet was on race committee, a large gathering of them, including but probably missing several, Ron and Lynn Simzyk, John and Joyce Mayall, Mike and Maryellen Ferring, and David Henning. 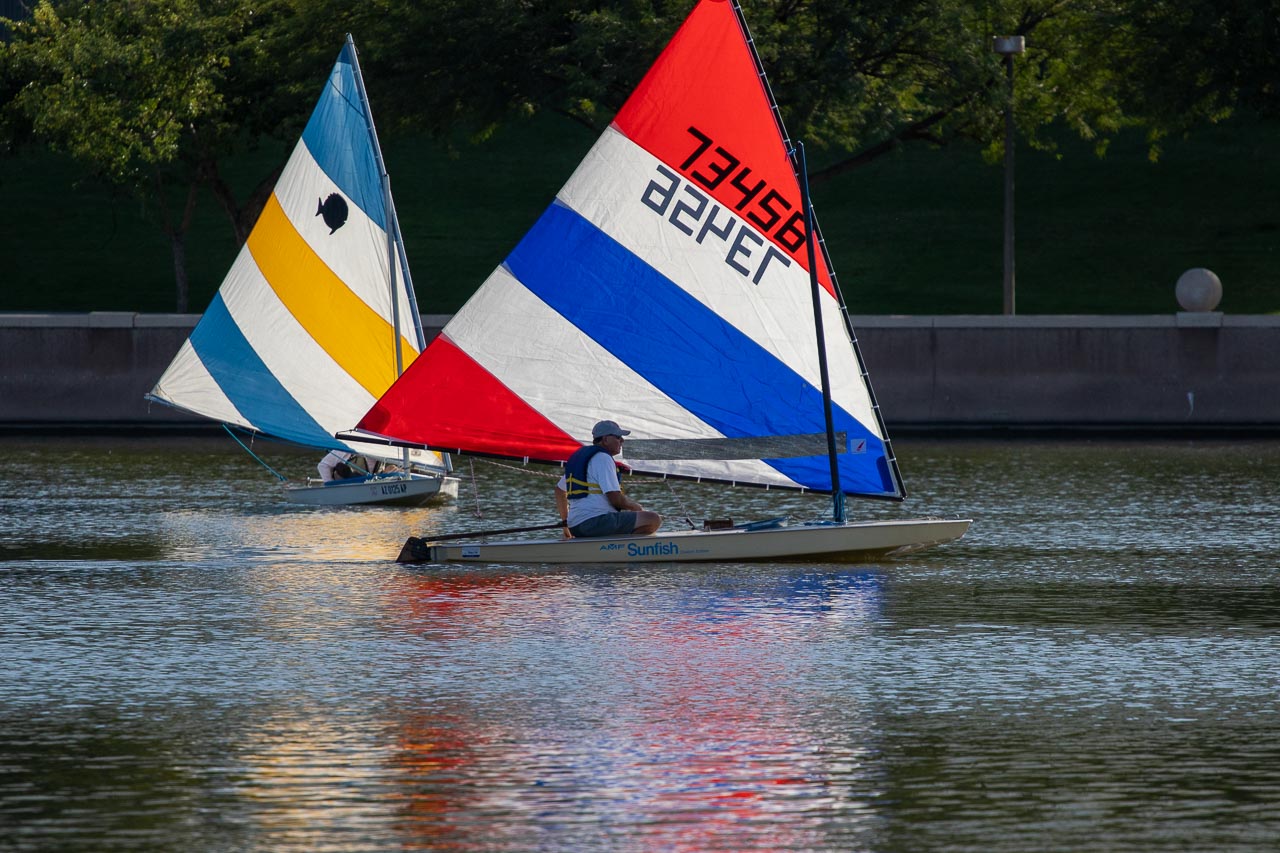 The Sunfish lit the lake with color. Photo: Mike Ferring 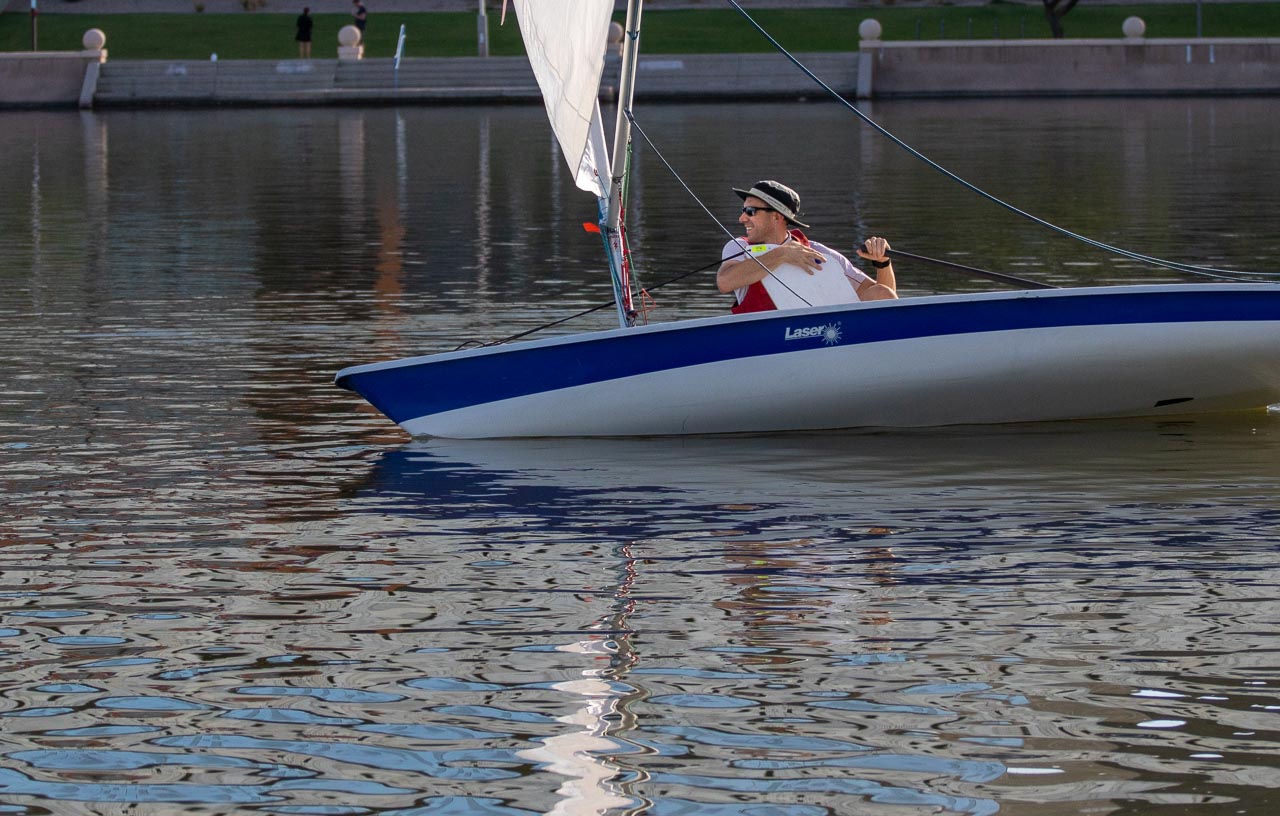 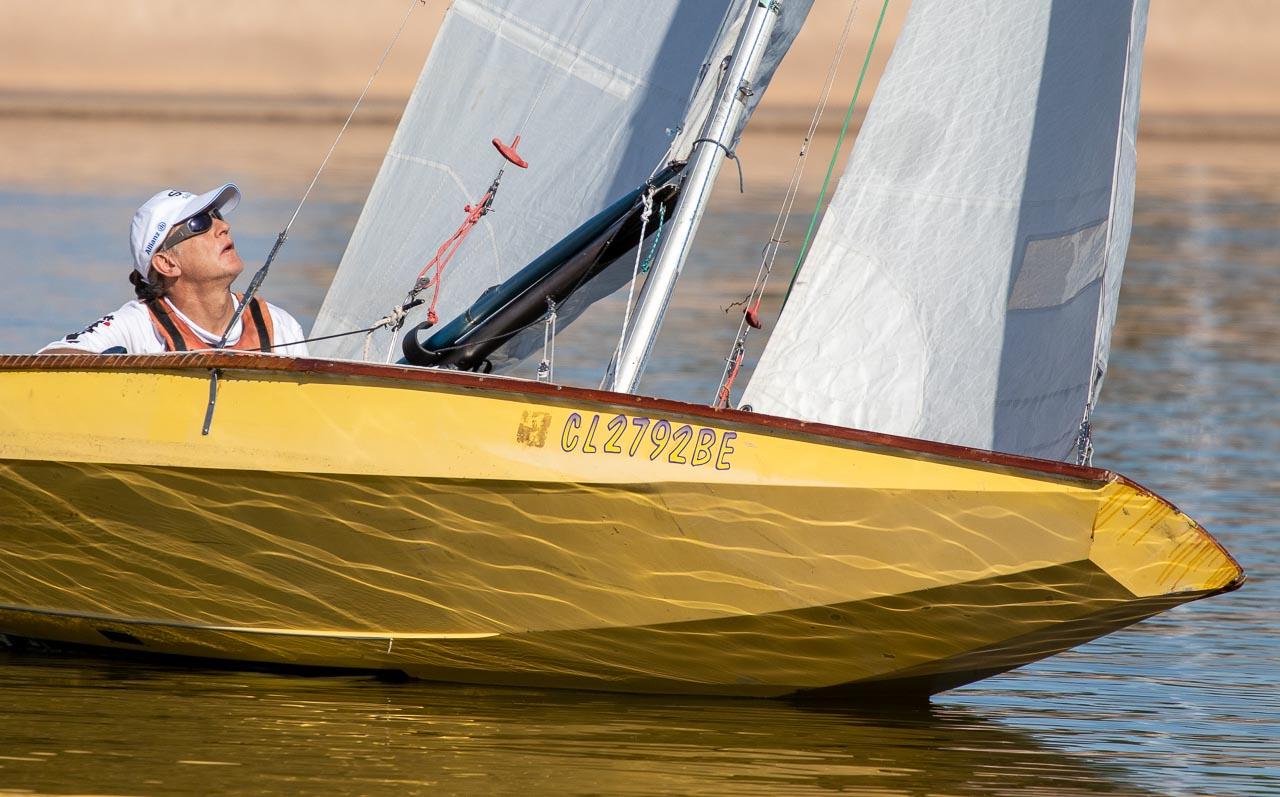 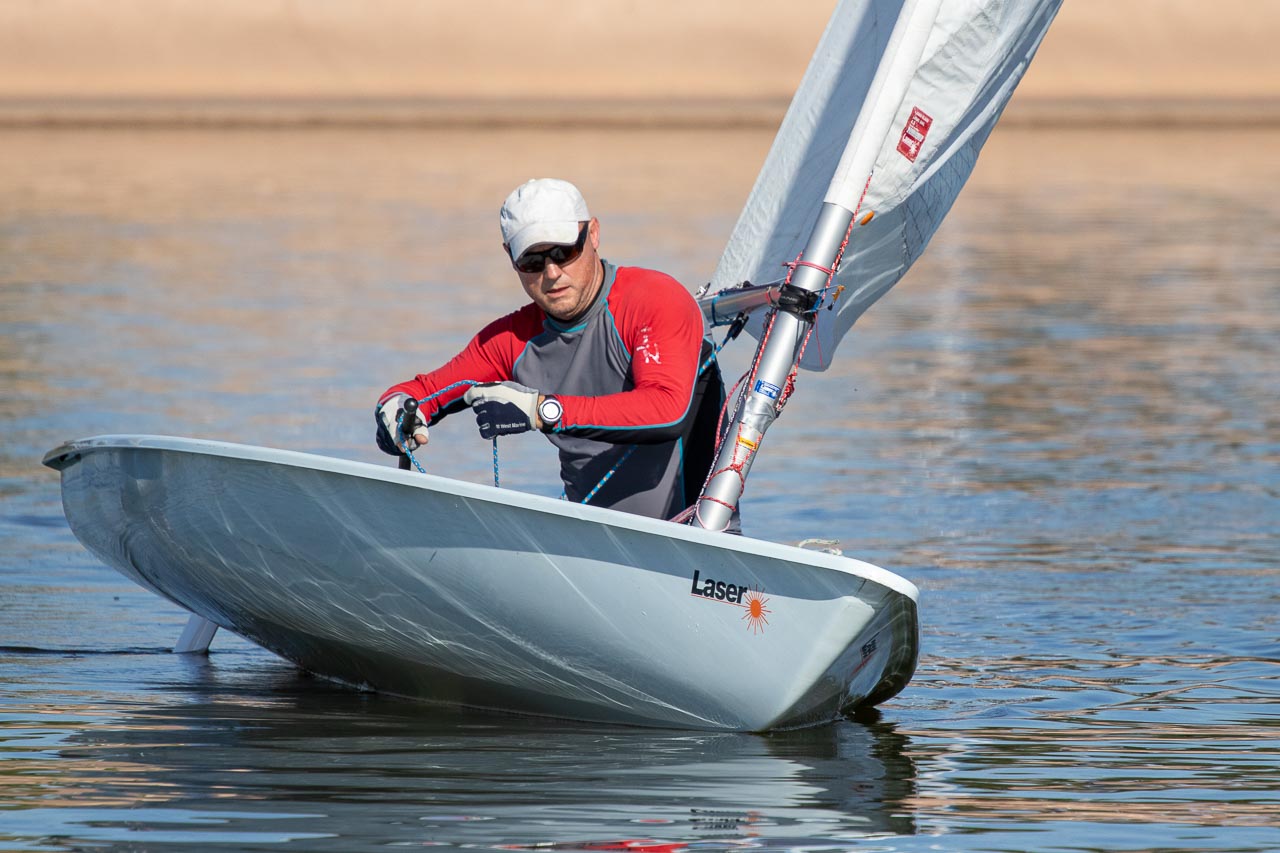 Paul Miachika managed to be out front on two out of three races. Photo: Mike Ferring 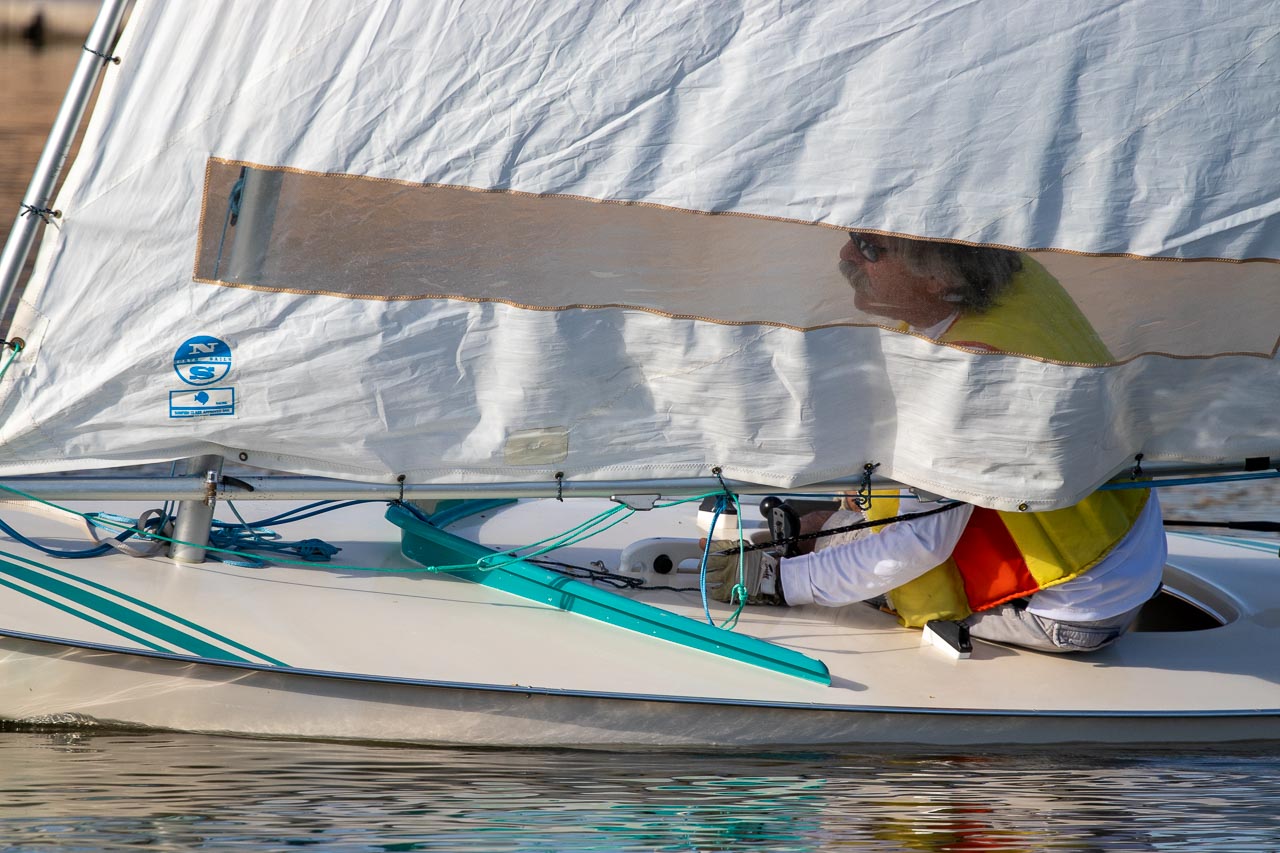 Gary Oberbeck shows the other Sunfish the way around the course. Photo: Mike Ferring