The Name’s on the Ruth Beals Trophy: Brooke Miller

At the November monthly meeting, Brooke Miller accepted the 2019 Ruth Beals award for winning the annual women-at-the-helm race named for the club’s founder.

Brooke corrected over the other competitors in the October 12 race around the islands on Lake Pleasant with crew Jeff Coulter on Scott Richards’ Santana 20.  She’ll get to keep the trophy until next fall’s regatta.

Coincidentally, Ruth Beals’ daughters, Maggie Lindsey and Terry Bohl, sent us some pictures of Ruth from the time of club’s founding, including this one posed for an Arizona Republic photo spread. We’ll post more pictures and information later. 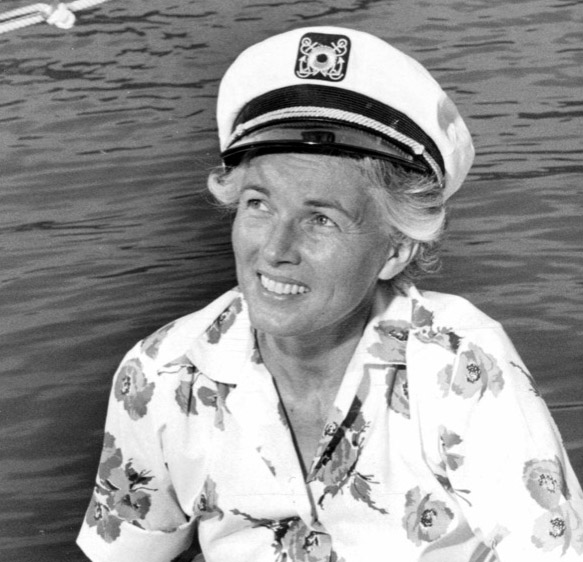