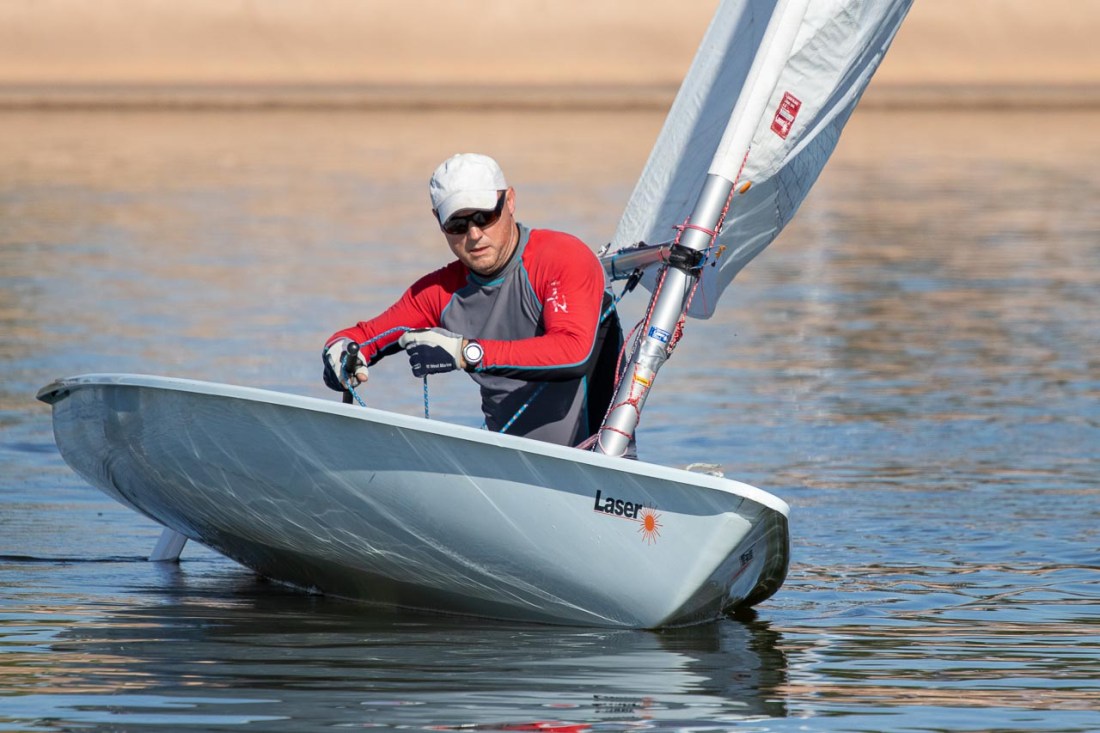 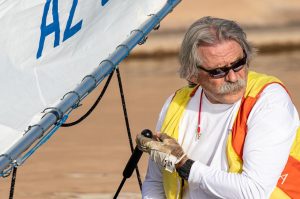 How dld the first Tempe Town Lake race series go for the new Sunfish class? Quite well, thank you, and congratulate longtime Sunfish fan Gary Oberbeck for a fall series home run. Gary not only won the fleet, but he did it with a perfect score: 16 points in 16 scored races. All bullets.

Bob Naylor formed the class for fall to have a place for him to race his wife’s Sunfish (true). Jeff Bryant was convinced: he sold a perfectly good Laser and picked up a Sunfish and used it to finish second in the series. Tim Mitchell was third and Bob Naylor fourth.

When perennial C14 champ Dave Haggart was injured in a bike crash, Dick Krebill broke a leg, and John Mayall decided to skip some races, it opened the door for Maryellen and me, Mike Ferring, to win the class. Dave and Amy Henning finished second and John and Joyce Mayall third.

Colin Gibbs continued to dominate the junior fleet, followed by Myles Danner and Ryan Zornik. Clay Poulson managed to schedule his extensive international travel so that he could make it to TTL most weekends and handily won against light competition in the Portsmouth fleet in his Fireball. 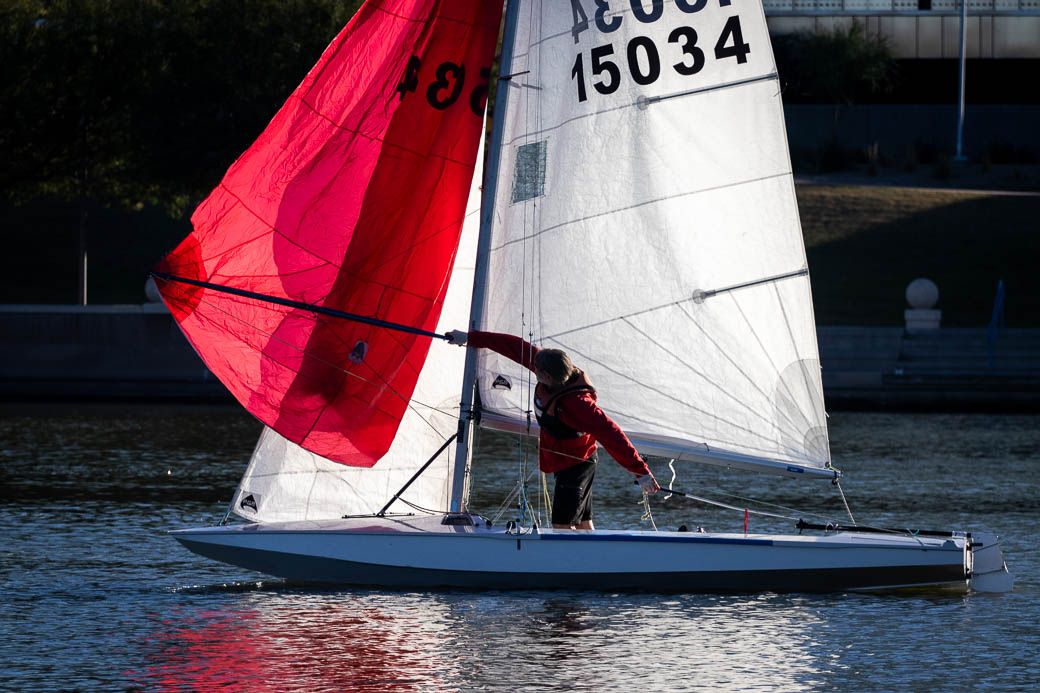 One-man band Clay Poulson stretches to set the pole while not letting go of the tiller. Photo: Mike Ferring