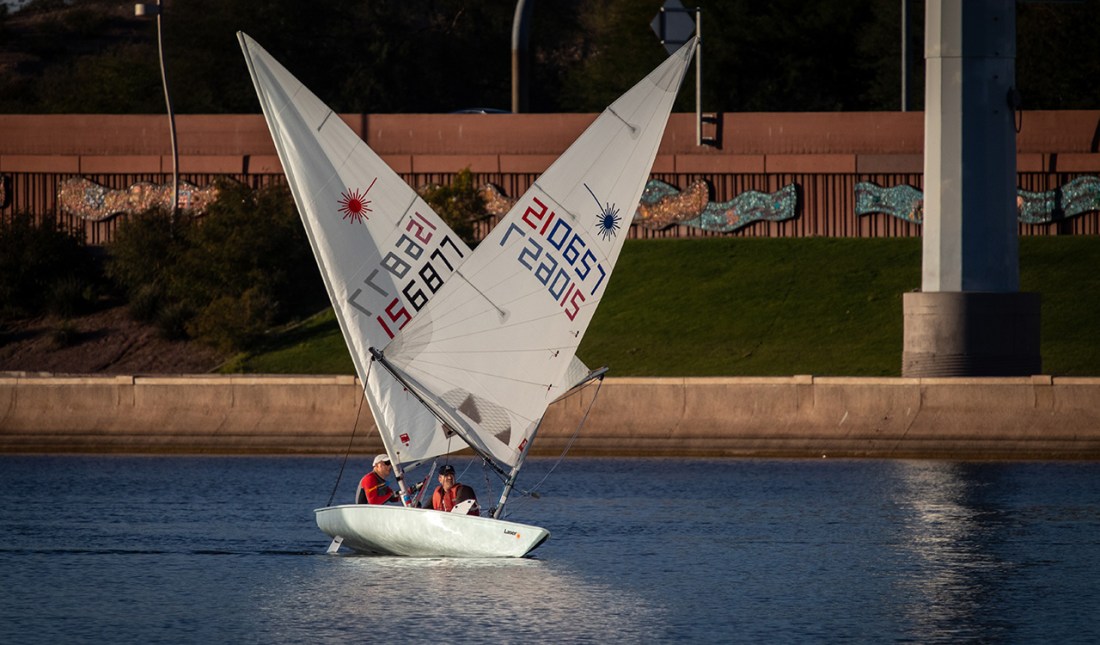 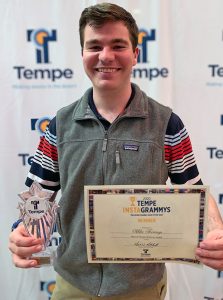 When Mike Ferring skipped out for a dinner reservation, Grant Younger accepted the award on his behalf. Photo: Josh Decker

Grant Younger says he did it on a whim. At 11:55, five minutes before the entry deadline, he grabbed five pictures off the AYC Instagram account and submitted them for recognition in the whimsically-named Tempe Instagrammys. Then he got an email saying that one of the pictures was picked from 1500 entries as a finalist in one of the Instagrammy categories. My picture, as it turned out.

Friday evening (1/24), Grant, Josh Decker, Maryellen and I joined a crowd of about 350 at the Tempe Center for the Arts for the unveiling of the finalists and announcement of category winners. It was a fun ceremony with lots of cheering and cool pictures, but it was running late and Maryellen and I had to skip out for a dinner reservation. About five minutes after we left, I got a text from Grant. It was short.

The picture is of a pair of Lasers heeled to project their sails higher downwind—Scott Sharples with Paul Miachika right on his stern. The category was TTL boating.

The Instagrammy contest is an inspired promotion by the city and so well conducted that it won a national award of its own. People compete to put photos on the Tempe Instagram and their own Instagram accounts that promote the city. The city then plugs the contest winners (and so do websites such as this one) and the images are available for anyone to use in advertising that further promotes the city and so on.

Here’s the video Tempe produced to promote the Instagrammies.

Now AYC sailing is part of this inspired promotion, so we receive some benefit as well. Nice. 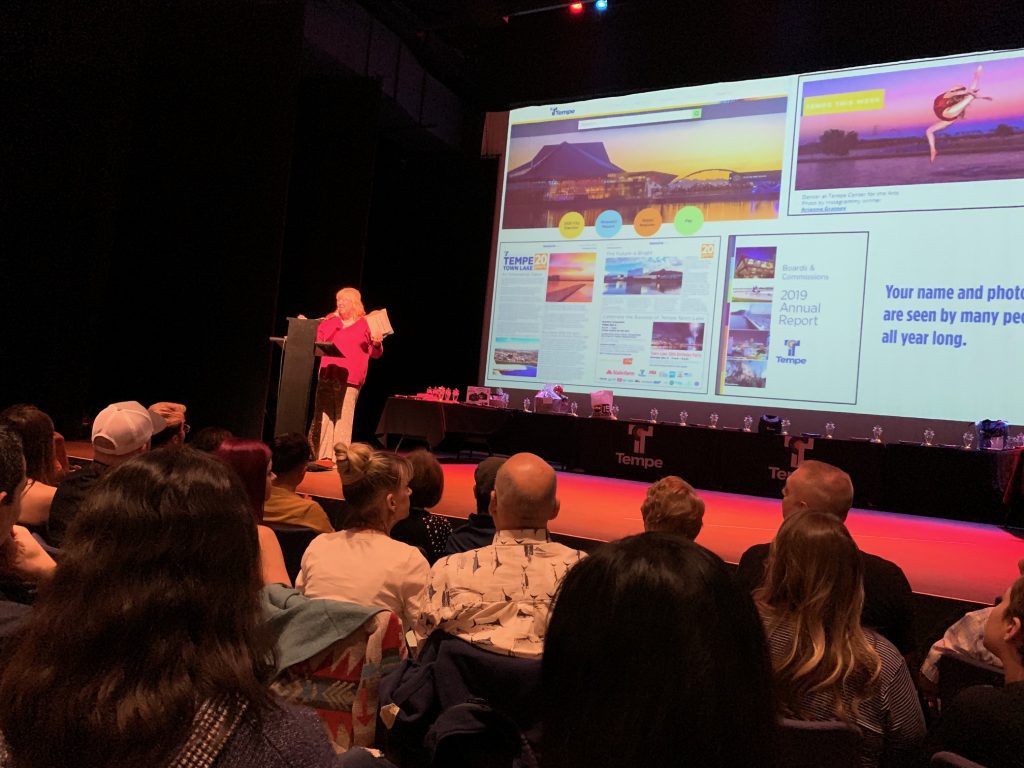 The Instagrammy award ceremony at the Tempe Center for the Arts drew about 350 people. Not-award-winning photo by Mike Ferring