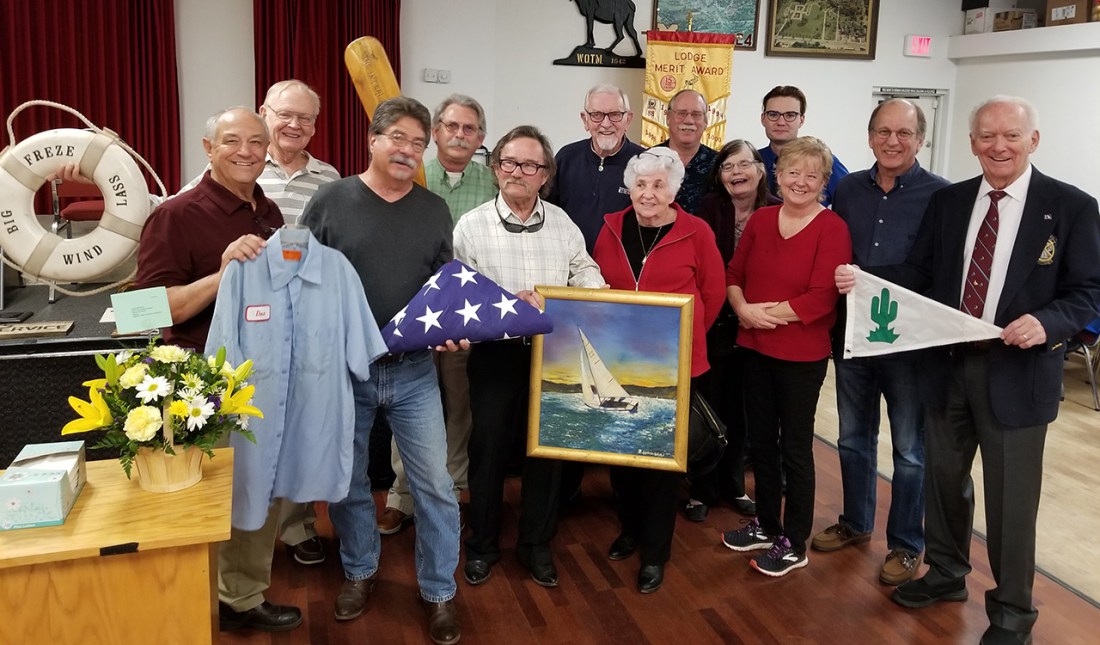 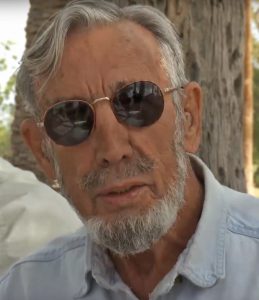 Don DeFreze from a frame grab of a video made in 2012.

One of the earliest and most colorful members of the Arizona Yacht Club, Don DeFreze, passed away November 26 and on January 25, some of his buddies from AYC came out to remember him and to tell stories about this entertaining character.

In an interview we did in 2012, Don explained how AYC members wanted to build a dock and offered to make him an honorary member if he let them use his welding shop to do the work.

“So being young and naive and wanting to belong to such a prestigious organization as the Arizona Yacht Club, I agreed,” he said with a straight face.

Apparently the work parties to build the dock and a makeshift committee boat were a little nuts.

Founding member Dave Shapiro wrote in his history of the club, “That crazy guy nearly killed your author one day when he was dragging a telephone pole about the work yard (speed: at least 20 mph) with an ancient Chevrolet pickup and tow chain.”

But then the kicker. They never made him an honorary member. “I didn’t belong until 1967,” he said, “when I finally paid my $25 dues so I could race my own boat!”

One of the times when he was launching that boat he committed the biggest Ye Blunder Bucket blunder of all time—launching the boat and the tow car at the same time. And it was his mother’s car! Hear him tell the story on that 2012 interview.

Don loved to dance and told us how he entertained the ladies well into his last years, probably wearing his ubiquitous blue denim work shirt with the “Don” patch over the pocket.

His daughters arranged the celebration of life on Saturday, January 25 at 1pm at the Royal Order of Moose Lodges in Peoria. They say, “We know our father was a ‘character’ and we know this is the way he would want to be remembered!”