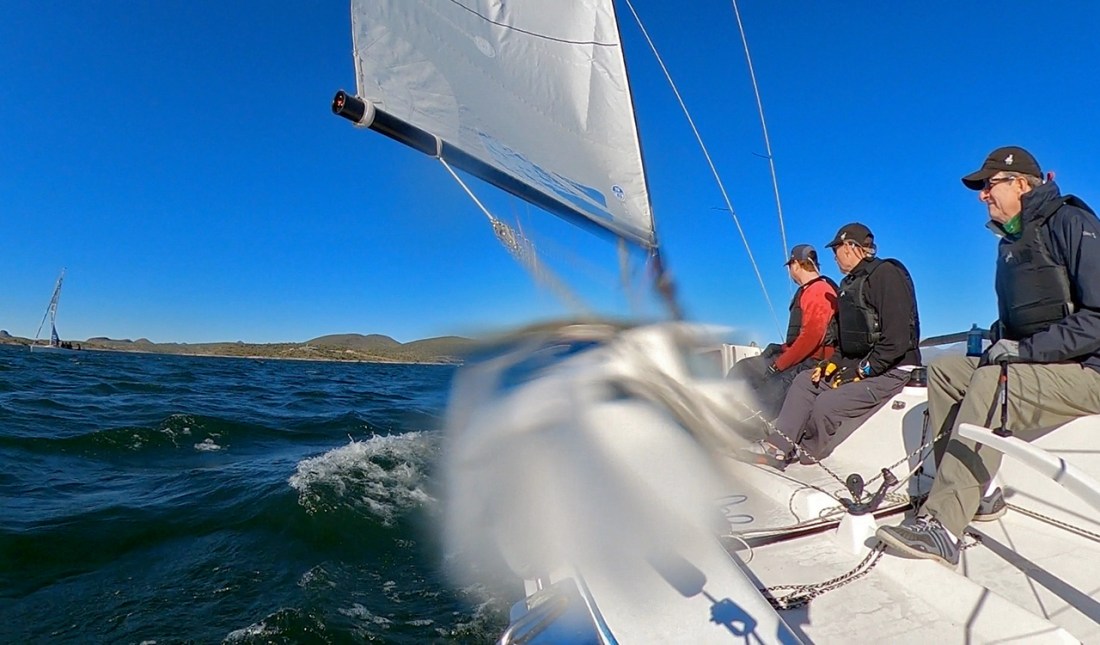 Spring racing kicked off Sunday (1/12) at Tempe Town Lake and Saturday (1/18) at Lake Pleasant. Even though the season is underway, it’s not too late to jump in: Sign up now and get the race documents on the racing page.

Mark Trainor summed up the Lake Pleasant opening weekend in a familiar phrase: feast or famine. Saturday was famine, as light wind kept the boats creeping and allowed only a couple races each, always in low gear. Sunday was the feast—way too much feast! 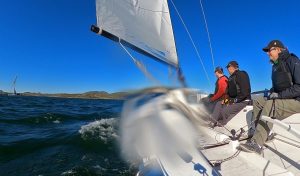 The wind was licking the high teens at the 9 o’clock race time and rose from there. With all the boats overpowered, it was a contest of bravery/skill/weight on the rail. The climax came as we watched the PHRF spin boats reaching back from Horse Island rounding.

Dean Johnson’s Andrews Governor’s Cup 21 had a nice lead and was flying south under spinnaker, one of only two boats risking it with the heavy wind. As we watched, it appeared that Dean turned left as he approached a very blown-long finish line in order to avoid illegally passing through it. The boat jibed, flipping three of the crew into the water, one of whom was able to grab the trailing main sheet and scramble back on board. The spinnaker meanwhile was flapping out of control. The two swimmers were pulled out and taken to the Peoria fire station to be warmed up.

The Tempe Town Lake kickoff was a wheeze-off, with wind so light it was nothing at all. In spite of that, the fleets managed to get two races in. We knew we were moving by watching light posts on the south shore. Meanwhile, the Portsmouth race committee snacked from Clay Poulson’s shoreside charcuterie.

The day before, 8-10 boats turned out for a practice run at Lake Pleasant. The wind was light there, too, with moments of moderation, but it was a good way to shake off the rust and make sure all the lines still worked (what do you mean the spin halyard is wrapped around the forestay?).

Wendy Larsen volunteered as the day’s PRO (Principle Race Officer) and attracted a good group of people for a morning race committee clinic where she explained the basics of running races at Lake Pleasant before bringing them out for the afternoon’s practice. 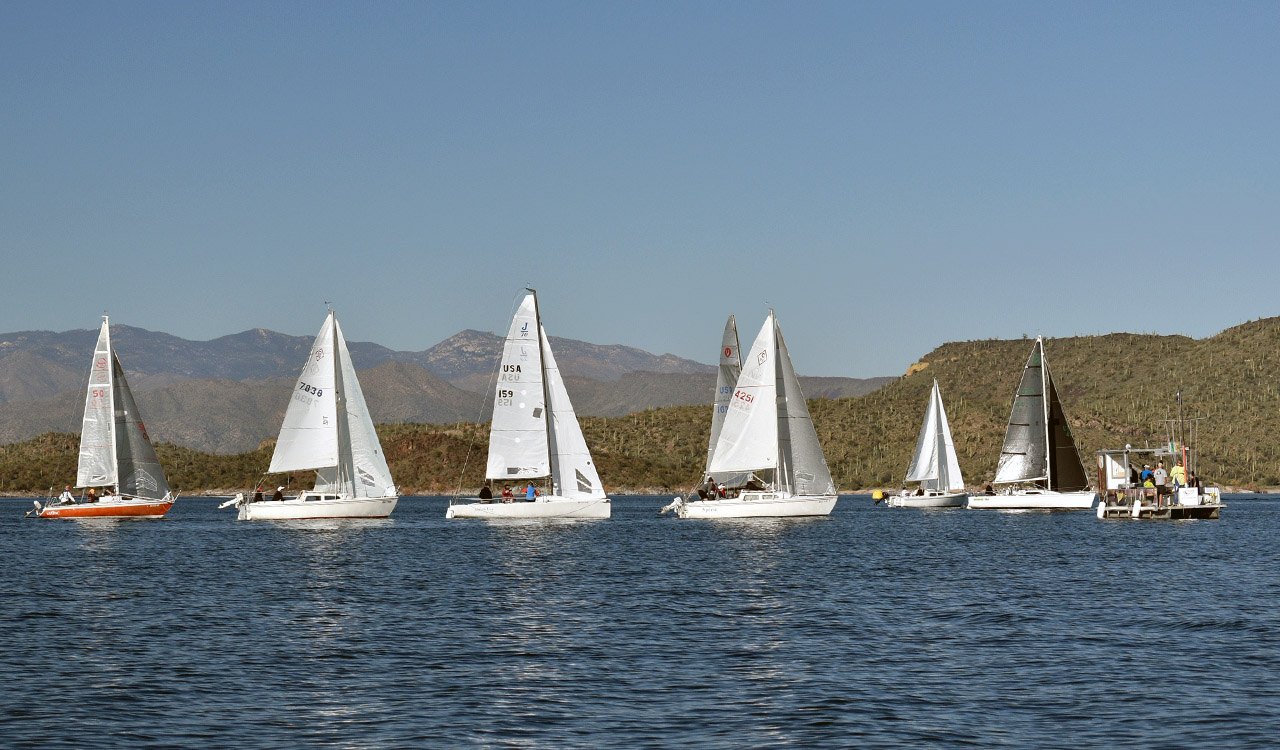 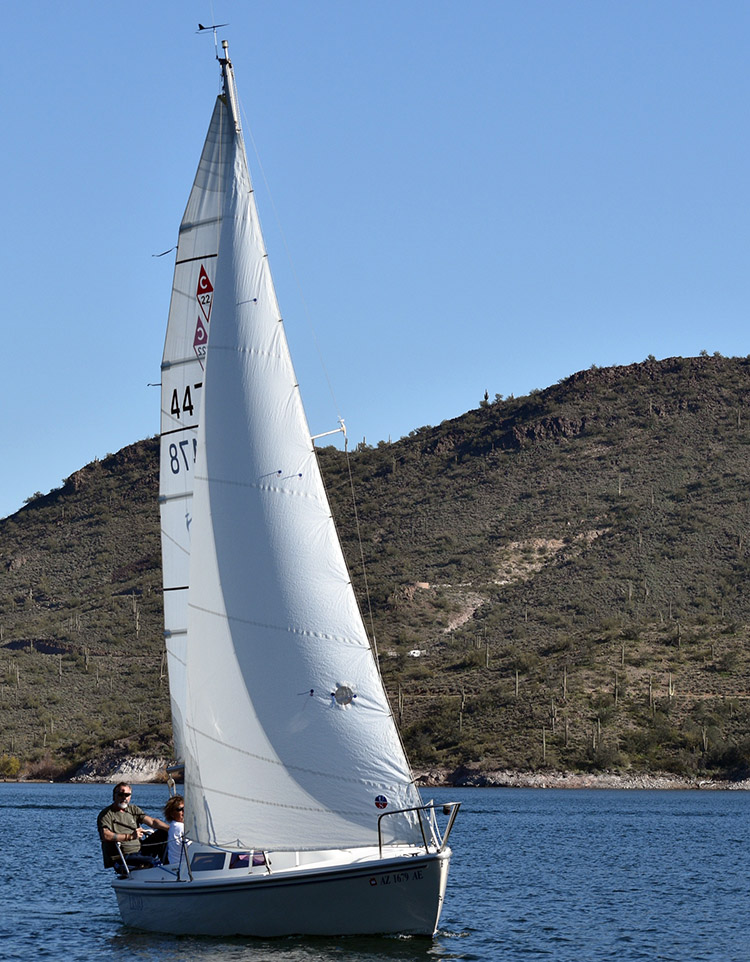