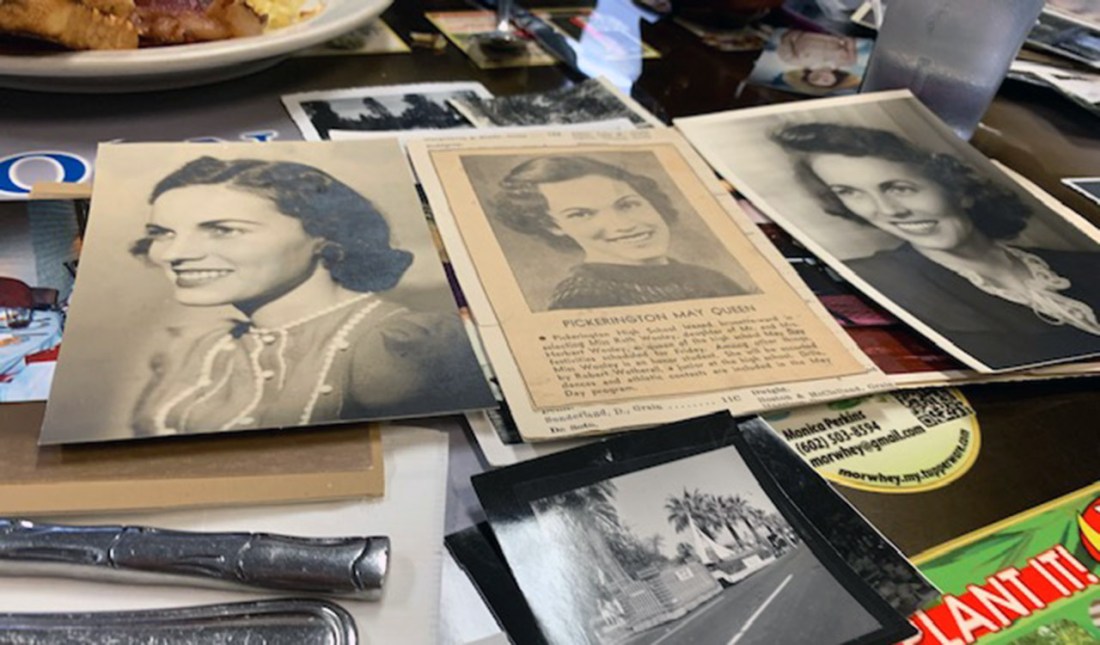 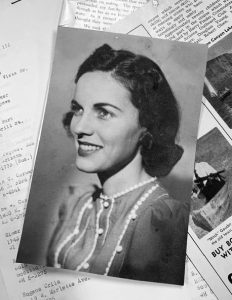 How difficult do you suppose it was for a woman to start selling sailboats in the desert in the 1950s? Drop a stake in a vacant lot and call it a sailboat store. Gather a nucleus of sailors and turn it into something called the Arizona Yacht Club. Very difficult, I’d guess, but after listening to the stories from her daughters, not a bit surprising for Ruth Beals.

Sue Bohl and Maggie Lindsey speak proudly and lovingly of their mother—their favorite subject, they say—and Bob Naylor and I were delighted to listen. We met at a Phoenix restaurant for a late and long breakfast, and over omelets and many cups of coffee, we got to hear about the woman who AYC claims as our founder.

Sue and Maggie brought a stack of photos, clippings and records that tell a bit of the story: Ruth was born on January 9, 1918 and died October 31, 2010 at 92. She married three times, the first after WWII to Howard Beals, Sue and Maggie’s father. Besides selling sailboats at Sails Ahoy, she was instrumental in starting the Big Surf water park in Tempe with the world’s first wave pool. 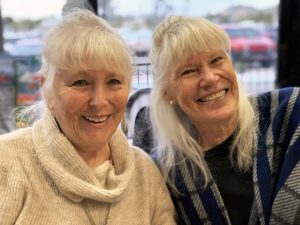 Her daughters proudly point out that it was Ruth who got the $1 million dollar investment from Clairol to start the park. And there’s this delicious twist: when the marketing woman from Clairol in New York saw the lovely Ruth, they featured her in a Clairol ad that ran in all the nation’s biggest magazines.

Ruth wrote of her introduction to sailing in her college alumni magazine, describing how she persuaded her family to get a small boat, “even though as far as we knew there wasn’t a sailboat in the entire state.”

They hauled the boat and a slim instruction book to a Mexican vacation. 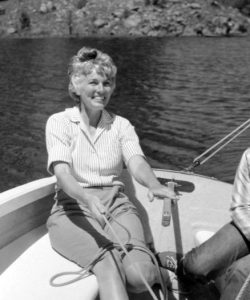 Ruth Beals at the helm, from a newspaper photo spread.

“In blissful ignorance we bobbed about the bay having a great time capsizing and learning everything the hard way, and then found out the bay was alive with sharks!”

“Much to my delight,” she continued, “enough people were interested in the sport to form an organized group. We started with three boats and 15 people.”

The young yacht club quickly flourished, pushed along by $1 introductory memberships, and she described an active racing and social life. Then as now, they did it against the backdrop of Arizona beauty, “Sheer rock walls in canyons, distant mountains. The sight of our graceful sails against this backdrop is unbelievably lovely.”

This was a woman who showed no fear. As a single woman, she traveled to Mexico, Central America, Alaska, Tahiti, England, Australia, and ran the Colorado river. To help sell sailboats, she got a shopping center to let her bring boats for display and got the local newspapers to feature sailing photo spreads. And in 1958 she started a yacht club that’s made us proud for 62 years and counting. 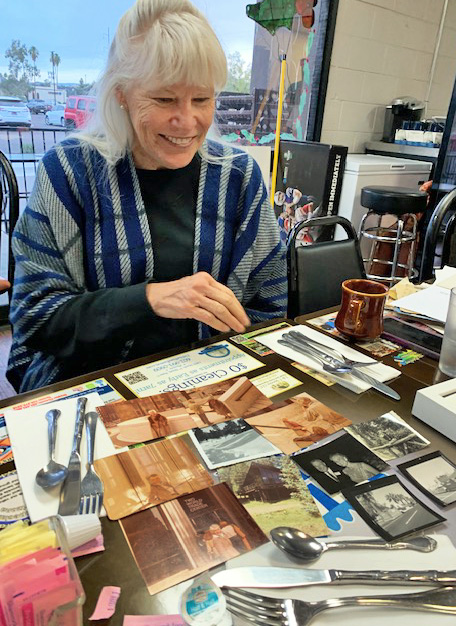 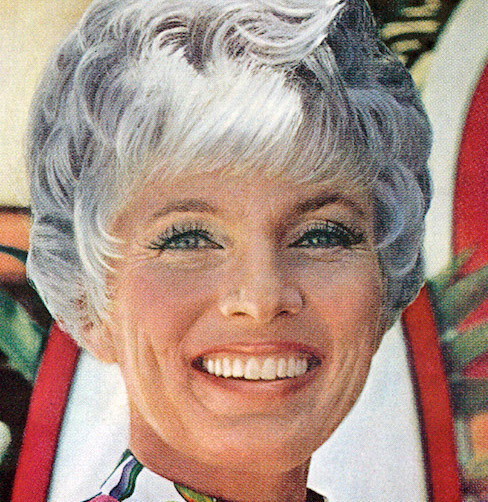 A close-up of Ruth from the Clairol ad that ran in major national magazines. 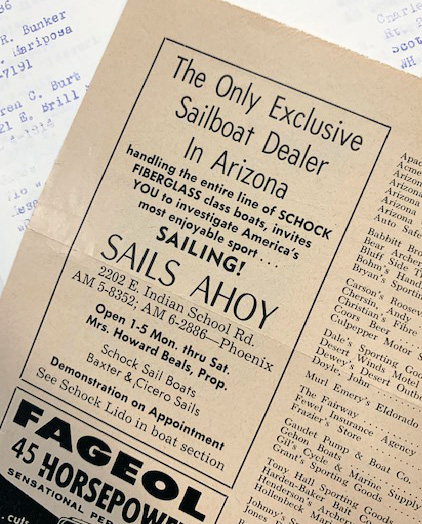